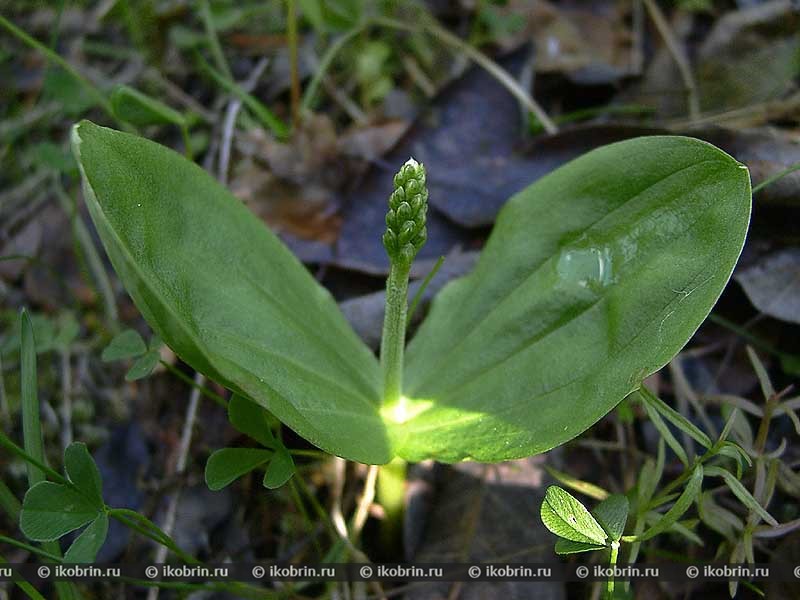 International importance:
It is brought in the 2nd edition of the Red List of Belarus (1993). It is protected in Ukraine and the Smolensk Region of Russia. It is included in the Appendix II to the Convention SITES.

Description:
Perennial grassy plant with a short thickish rhizome, numerous shnurovidny roots and an upright stalk 20-70 cm high. The stalk is lower than leaves naked, with brownish vaginas, above leaves - ferruterous trimmed, with 1-3 reduced leaflets. Leaves are pair, opposite, with the stebleobjemlyushchy basis, are located in a middle part of a stalk, large (length of 6-15 cm), shirokoyaytsevidny, on a top stupid or slightly pointed, glossy. Flowers small, yellowish-greenish, are collected in a narrow multiflowered brush. Bracts ovoid lantsetnye, pointed. Leaflets of an okolotsvetnik are put in a helmet; the lip is obratnoklinovidny, almost to the middle made an incision on two linearly - the oblong blades which are hanging down down. A fruit - the dry cracking box with numerous seeds.

Number and tendency of its change:
Grows at separate individuals or small groups, places forms quite numerous populations.

Protection measures:
Grows in national parks "Bialowieza Forest", "Pripyat" and the "Braslau Lakes", in the Berezinsky biospheric reserve, and also in a number of wildlife areas. It is grown up in the Republican ecological center of pupils and youth (Minsk) and the Botanical garden of the Vitebsk university. Control of a condition of the known populations, search of new places of growth, prevention in places of growth of anthropogenous influences is necessary.