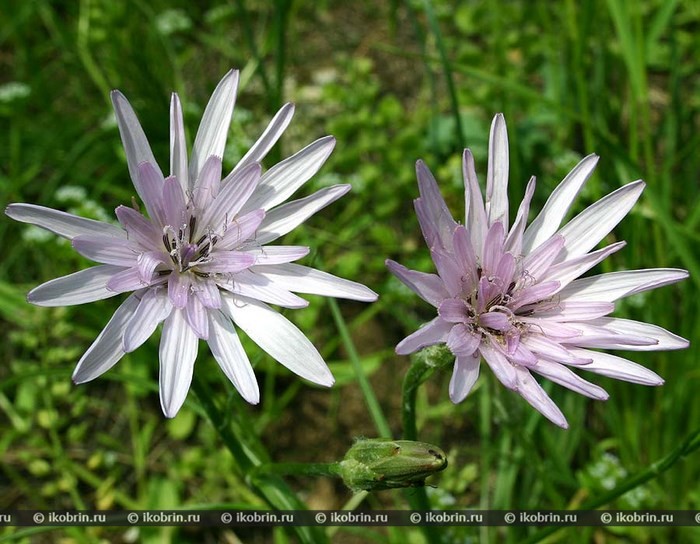 International importance:
It is included in the Red List of Belarus of the 1st and 2nd editions (1981, 1993). It is protected in Poland.

Description:
Perennial grassy plant with simple or in the top part a branchy stalk 15-45 high (80) cm and a long rod root which neck is densely covered with the shchetinovidny fibrous remains of scapes of last year's leaves. Leaves are uzkolineyny, flat or channeled and trihedral, naked or slightly pautinisto trimmed. Reed flowers light-purple or violet-red, with a vanillin smell, are collected in small baskets on the ends of stalks and branches. Wrappers are cherepitchaty, oblong and cylindrical. A fruit - a semyanka with a cop.

Rasprostraniyeniye:
Eurasia: Central and Eastern Europe, Mediterranean, South of Western Siberia, North of Central Asia. The relic forest-steppe look which is in Belarus in the isolated localities and island habitats behind northern border of an area. Meets in Braginsky, Buda-Koshelevsky, Gomel and Dobrushsky districts.

Habitats:
The pine and oak and pine woods on the sandy soil, on edges.

Number and tendency of its change:
Populations are small, isolated. Grows at single copies and small groups on the limited square (no more than 0,01 hectares).

Protection measures:
"Buda-Koshelevsky" (Buda-Koshelevsky district) and "Shabrinsky" (Dobrushsky district) grows in biological wildlife areas. It is grown up in the Central botanical garden NAN of Belarus. The organization of protection of all locations of a view with a zayopreshcheniye or restriction in places of growth of anthropogenous influences is necessary (the selective sanitary cabins and cabins of leaving which are carried out to winter time are allowed). It is necessary to carry out a constant control of a condition of the known populations, identification of new places of growth; broader introduction of a look to culture as an ornamental and melliferous plant is recommended.