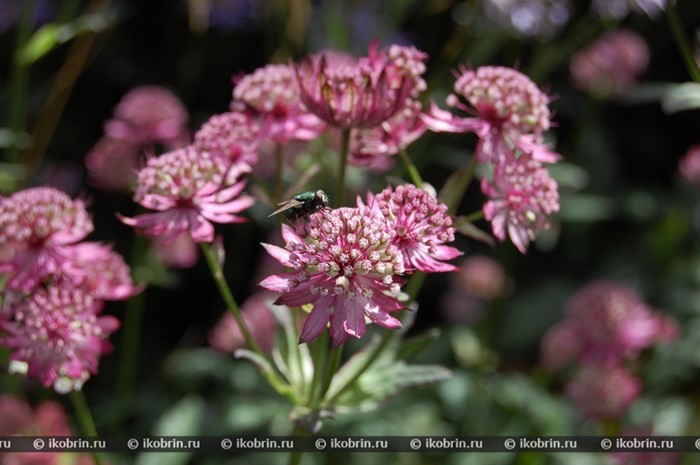 International importance:
It is included in the Red List of Belarus of the 1st and 2nd editions (1981, 1993) and the Red List USSR (1984). It is protected in Lithuania, Latvia and the Russian Federation.

Rasprostraniyeniye:
The natural area of a look covers mainly mountainous areas of Central Europe. Separate locations are known in Eastern Europe: Lithuania, Latvia, Russia (Kaliningrad and Leningrad Region), Ukraine and Moldova. In Belarus 2 locations - in Bialowieza Forest and Volkovyssky district of the Grodno Region are authentically known now. Earlier specified location in Pukhovichsky district is not registered throughout the last 10. The location known since the end of 19 century for vicinities of Mr. Antopol of Drogichinsky district is not confirmed. There are also gerbarny copies of the beginning of 20 century a letstoletiya from Gorecki of the district Mogilev regional.

Habitats:
Grows on forest glades, roadsides of roads in oak groves (with a hornbeam), fir-tree and pine and fir forests of kislichny type, is more rare on zakustarenny melkoosokovo - cereal raznotravnykh meadows.

Biology:
Blossoms in June - August, fructifies in August - September. Entomofil. Reproduction is seed. Seeds sprout amicably in the spring of the next year in the first decade of May. The juvenile period proceeds 1-5 years. The generative phase comes on the 5th year of development. The senile period at individuals in natural population comes in 35-40 years. Ballist-anemokhor.

Number and tendency of its change:
From four earlier known populations in Bialowieza Forest only one remained now, consisting from 35 of poorly developed plants on the area of 250 sq.m. Small population of this look is revealed in 1996 in Volkovyssky district (in an aspen forest kislichny): about 40 generative copies on the area of 4 sq.m. In general the condition of regional population in the republic has typically regressive character. In culture the look is quite steady, plants plentifully blossom and form rather large number of well sprouting seeds, well breeds seeds and division of a rhizome.

Major factors of threat:
Anthropogenous: cabins of the wood of the main use, economic transformation of lands, excessive recreational loadings (trampling, failure of the blossoming copies). Natural: the strong shading arising at increase in a density of kroner of a wood and shrubby tier.

Protection measures:
Grows in territories of National park "Bialowieza Forest" and the biological wildlife area "Castle wood" (Volkovyssky district). It is grown up in the Central botanical garden NAN of Belarus, botanical gardens of the Vitebsk university and BGU, the Republican ecological center of pupils and youth (Minsk). The constant control of a condition of populations, search new and, if necessary, the organization of their protection with prohibition or restriction in places of growth of anthropogenous influences is necessary (the selective sanitary cabins and cabins of leaving which are carried out to winter time are allowed).