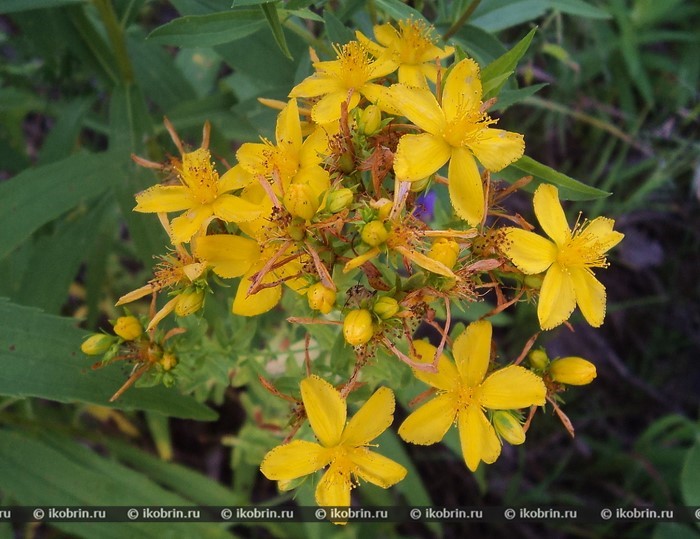 International importance:
In the Red List of Belarus it is included for the first time. It is protected in Lithuania.

Description:
Perennial grassy plant 20-60 cm high. Stalks are simple, seldom slabovetvisty, often twisting, naked. Leaves are quite large, 2-6 cm long and 0,5-2,3 cm wide, ovoid or oblong and ovoid, on a top pointed, sedentary, more or less stebleobjemlyushchy, on edge more or less unbent down, glaucescent, from below with rare dot pieces of iron on edge. Flowers on 1-7 in the semi-umbrellas collected in a difficult ovoid whisk. The cup is 2-2,5 times shorter than a nimbus, a chashelistika sharp, gear and ferruterous, with the flattened pieces of iron. Petals are oblong and oval, golden-yellow, without light dot superficial pieces of iron. The box is shirokoyaytsevidny, longitudinally furrowed. Seeds are small.

Rasprostraniyeniye:
The main part of an area covers the most part of Europe (except for northern, east and southeast areas), the Caucasus. In Belarus meets in separate localities and island sites of growth on northern and northeast borders of an area. It is known in the southern and central regions of the republic (to the south of the Grodno line – Novogrudok – Rogachyov - Buda-Koshelevo); to the east the Dnieper River is noted very seldom. Meets on the Mazyr and Yurovichsky thin regional ridges and in the areas adjoining to them, in Bialowieza Forest more often. It is known in the Brest, Kamenetsky, Pruzhansky and Stolinsky districts of the Brest Region, in Buda-Koshelevsky, Zhlobinsky, Kalinkovichsky, Lelchitsky, Mazyr, Recyca and Hoyniksky districts of the Gomel Region, from Novogrudsky and the Grodno districts of the Grodno Region, Nesvizhsky district of the Minsk region. Earlier it was brought for Zhlobin, Rogachyov and Loyev's vicinities.

Number and tendency of its change:
In all known populations the number of a look is small (most often no more than one ten individuals). The area of populations usually makes several square meters, several tens square meters are more rare.

Major factors of threat:
Defining - anthropogenous: economic development of territories, deforestation, excessive pasturage of cattle, application in adjacent territories of toxic chemicals. Additional - natural: the natural change of vegetation which is followed by change of the mode of illumination (the look can sharply reduce number at a high density of kroner of a wood and shrubby tier).

Protection measures:
"Bugsky", "Buda-Koshelevsky", "Vorokhovo" and "Sopotskinsky" grows in territories of National park "Bialowieza Forest", the Polesia radiation and ecological reserve, wildlife areas. It is necessary to carry out periodically audit and ecological and biological control of a condition of the known populations, to carry out search of new locations, to organize botanical wildlife areas in Kalinkovichsky, Loyevsky and Mazyr districts where the St. John's Wort mountain grows together with other rare species of plants; in places of growth of a look it is necessary to forbid or limit the above-named anthropogenous influences (the selective sanitary cabins and cabins of leaving which are carried out to the winter period are admissible).