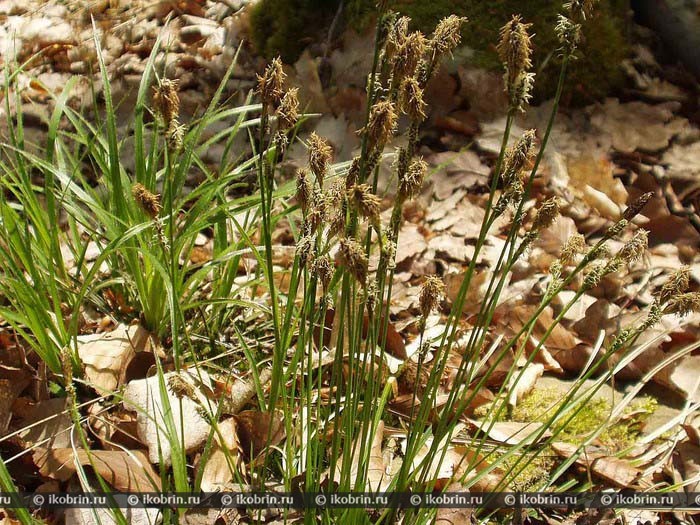 Distribution:
The European look growing in a moderate zone. The area covers the Mediterranean, Atlantic (Belgium), Average and East (the Ukrainian Carpathians, the Leningrad and Bryansk Region of Russia, the Zhytomyr Region of Ukraine) Europe. In Belarus is on northern and east borders of an area. According to old literary and gerbarny data it is known from the second half of the 19th century in the Slutsk County, Braginsk, Pinsk and Recyca districts. Instructions on growth of a look in Gorecki the district were wrong. By the end of the 80th years of last century it is found in Grodno, Drogichinsky, Zhitkovichsky, Ivanovskoye and Pukhovichsky districts. In recent years it is repeatedly noted in Drogichinskom and Pinsk districts, and also found in Berezovsky, the Brest, Kobrin, Loyevsky, Mazyr, Nesvizhsky, Pruzhansky, Svislochsky, Stolinsky and Hoyniksky districts.

Biology:
Blossoms at the end of April - May, fructifies in June - the beginning of July. Anemofil. Reproduction is seed. Zoochorus (mirmekokhor).

Number and tendency of its change:
Populations known now have the different level of viability. The majority of them occupy the space from one to several tens square meters and are presented by small groups of individuals. The population revealed in recent years in Drogichinsky district occupies the space in several hectares. The location in Pukhovichsky district is not revealed.

Protection measures:
There is under protection in National parks "Pripyat" also "Bialowieza Forest", the Polesia radiation and ecological reserve, a number of republican and local wildlife areas: "Zvanets" (Drogichinsky district), "Olmansky bogs" (Stolinsky district), "Pribuzhsky Polesia" (Brest district), "Sporovsky" (Berezovsky district), etc. It is cultivated in the Republican ecological center of children and youthes (Minsk). In places of growth it is necessary a ban on economic transformation of lands and pasturage of cattle, mowing should be carried out not earlier than the second half of June, to carry out timber actions in winter time; introduction of a look to culture as a deciduous ornamental plant is recommended.