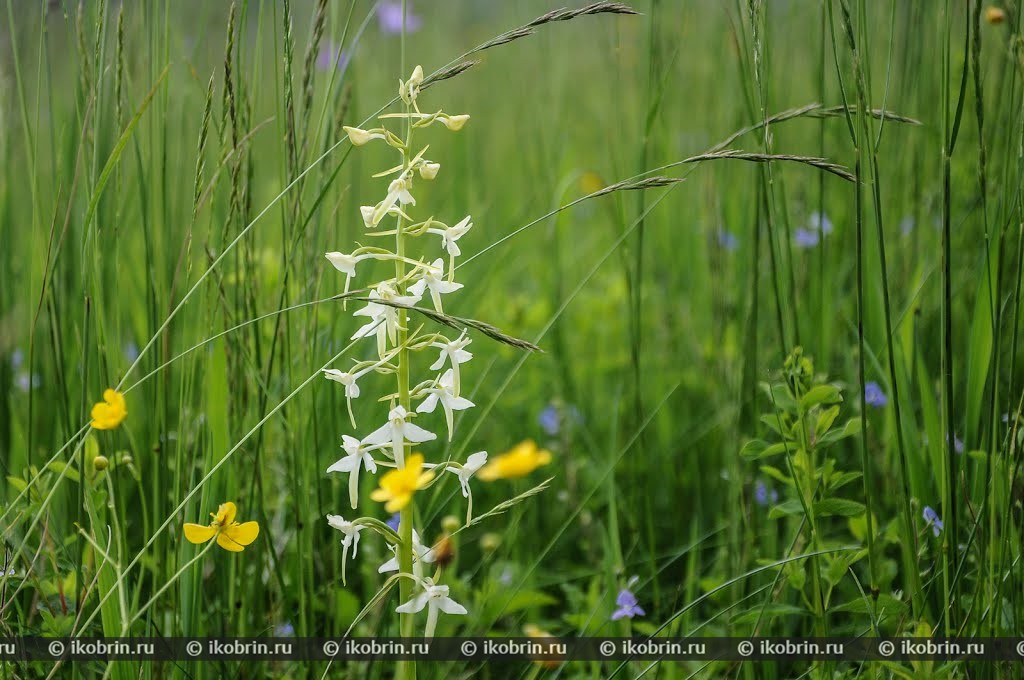 International importance:
It is brought in the Red List of Belarus of the 1st and 2nd editions (1981, 1993). It is protected in Ukraine, the Smolensk Region of Russia, Lithuania and Latvia. It is included in the Appendix II to the Convention SITES.

Description:
Perennial grassy plant with an oblong and ovoid tuber. A straight line stalk, naked, 30-60 cm high, at the basis with two obratnoyaytsevidny leaves narrowed in a winged scape above them - 1-3 small lantsetny leaflets. Flowers greenish-white, flavourless, are collected in a friable, multiflowered, cylindrical inflorescence. The lip is linear, shporets on the end club-shaped and reinforced, is 1,5-2 times longer than an ovary. A boot with strongly dispersing nests. A fruit - a dry box.

Biology:
Blossoms in June - July, fructifies in August. Entomofil. Reproduction is seed. Anemokhor. Germination of seeds happens in the presence of mushrooms-simbiontov. Within 2-4 years the sprout leads an underground life, the present sheet appears for 3-5 year, blossoming comes for the 8th (11th) year.

Major factors of threat:
Cabins of the wood of the main use, economic transformation of lands, excessive pasturage of cattle, damage of tubers by wild hoofed animals, excessive recreational loadings (trampling, collecting the blossoming plants and tubers).

Protection measures:
Grows in territories of national parks "Bialowieza Forest" and "Pripyat", the Polesia radiation and ecological reserve, wildlife areas in Baranovichsky, Brest, Dyatlovsky, Ivatsevichsky, Luninetsky, Minsk, Mazyr, Oshmyansky, Shchuchinsky and other districts. Audit of the known places of growth, periodic control of a condition of populations, search new and, if necessary, the organization of their protection, prevention in places of growth of anthropogenous influences are necessary.