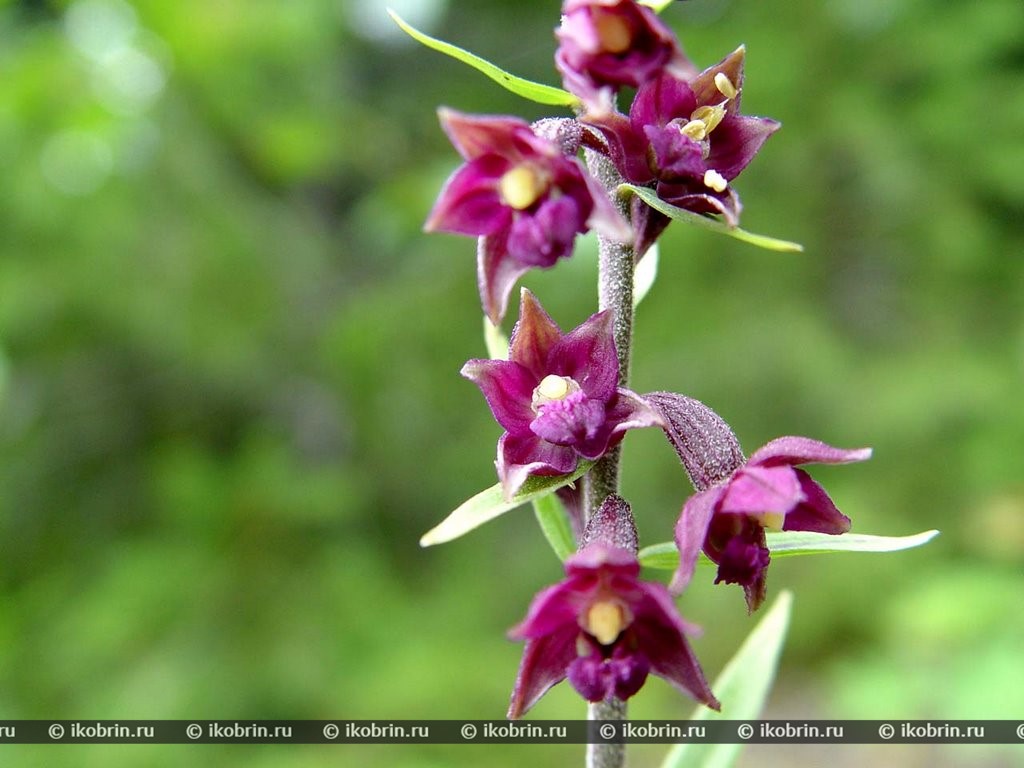 International importance:
Under the state protection in the republic it is for the first time taken in 1964. It is brought in the Red List of Belarus of the 1st and 2nd editions (1981, 1993). It is protected in Ukraine and Lithuania. It is included in the Appendix II to the Convention SITES.

Description:
Perennial grassy plant 25-60 cm high. The rhizome is short, thick, horizontal. A stalk with 5-9 leaves, in the top part brownish-violet, korotkoopushenny. Leaves oblong or shirokolantsetny, pointed, sedentary. Flowers dark-purple, with a vanilla smell, are collected in a friable one-sided brush. A lip without shporets, with a heart-shaped wide average share. The ovary and pedicels which are densely trimmed. A fruit - a dry box. Seeds are small, numerous.

Habitats:
Deciduous and light coniferous forests, mainly on dry forest glades and edges, it is frequent among bushes. Prefers soils with a close bedding of carbonate breeds.

Number and tendency of its change:
Usually grows at small groups or single individuals, seldom forms quite numerous populations (for example, in vicinities of the lake. A corduroy road in Baranovichsky district). In some earlier known places of growth it is not found in recent years (for example, in territories of the existing botanical wildlife area of "Brishche" and the liquidated wildlife area "Dubrovka" in Krupsky district).

Major factors of threat:
The cabin of the wood of the main use with the subsequent economic transformation of lands, excessive pasturage of cattle, collecting plants on bouquets.

Protection measures:
Grows in territories of national parks "Bialowieza Forest", "Pripyat" and "Narochansky", the Berezinsky biospheric reserve, and also the existing wildlife areas ("Glebkovka", "the Divin-Veliky Wood", "Zavishye", "Lukovo", "Pribuzhsky Polesia", "Sporovsky") and designed ("the Naliboksky dense forest"). It is cultivated in Botanical garden BGU. Periodic control of a condition of the known populations, search of new places of growth and, if necessary, the organization of their protection, creation of specialized botanical wildlife areas in places of mass growth of a look, prohibition or restriction in places of growth of anthropogenous influences, cultivation and reproduction of a dremlik in culture, artificial moving of a look in suitable natural ecotops are necessary.