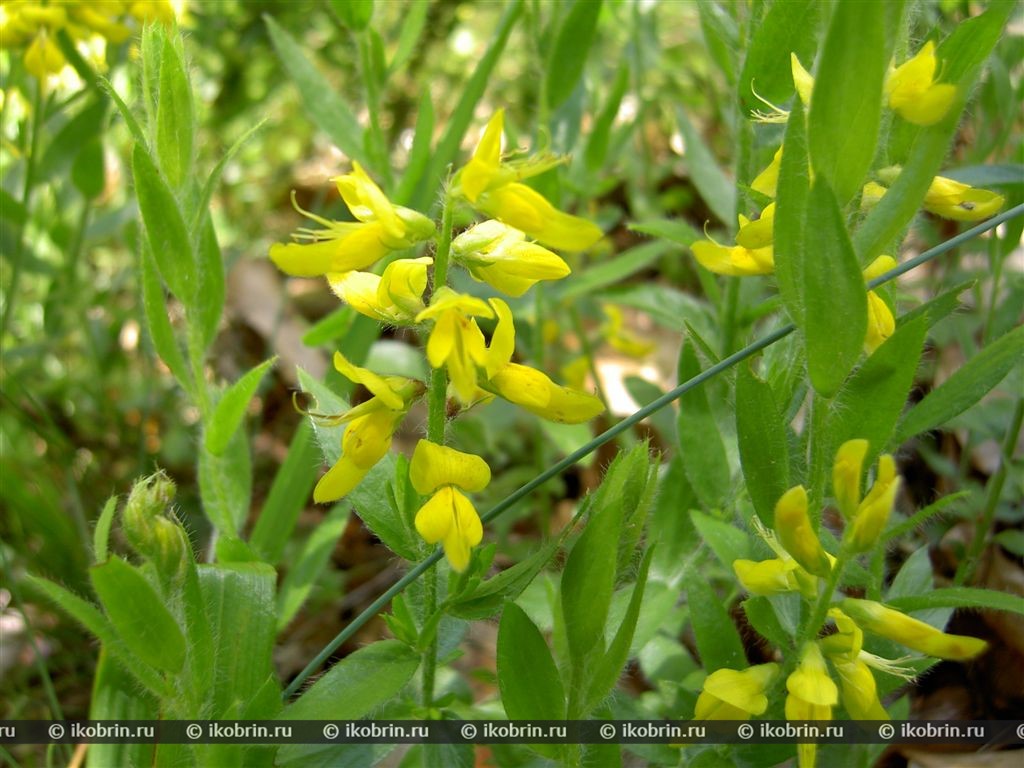 International importance:
Under the state protection in the republic it is for the first time taken in 1964. It is included in the 2nd edition of the Red List of Belarus (1993).

Description:
Bush or low shrub 20-40 high (60) cm. Stalks and branches in bosoms of leaves bear simple or branched prickles. Leaves are simple, integral, elliptic or shirokolantsetny, 8-20 mm long, on short scapes or almost sedentary, from below are usually trimmed long twisting hairs. Flowers wrong ("papilionaceous"), are collected on the ends of branches in a friable brush. Nimbus 8-10 mm long, yellow; the cup and Kiel of the boat are trimmed. Beans are oblong, on a top almost chopped off, 8-12 mm long and 4-5 mm wide, shaggy and hairy.

Distribution:
Europe (South of Scandinavia, Atlantic, Central Europe, central and western regions of Eastern Europe, North of the Mediterranean). Relic, by origin the Central European not moral look which is in Belarus in the isolated localities and island locations on northern border of an area. The main part of places of growth is concentrated in southeast areas in mezhdurechyakh Pripyat, Berezina, Dnieper and Sozh: in Braginsky, Buda-Koshelevsky, Gomel, Dobrushsky, Kalinkovichsky, Loyevsky, Mazyr, Narovlyansky, Petrikovsky, Recyca, Svetlogorsk, Hoyniksky and Chechersky districts of the Gomel Region, in the Babruysk and Cherikovsky districts of the Mogilev Region, in Soligorsk the district of the Minsk Region. In the Brest Region meets in Berezovsky, Maloritsky, Pruzhansky and Stolinsky districts, in Grodno – in Svislochsky and Volkovyssky districts. In earlier sources it was specified for vicinities of Brest, Buda-Koshelev, Gomel, Loyev, Mazyr, in Bialowieza Forest, between Belogush and Berezno (Kobrin district), and also in Gorval's vicinities of the Recyca district.

Habitats:
Pine (usually with a birch), the pine and broad-leaved and broad-leaved woods, are more rare birch forests, seldom fir groves, thickets of bushes on coast of the rivers. Prefers the clarified sites - glades, edges, glades.

Number and tendency of its change:
Usually meets single individuals or small groups, places forms quite numerous populations. So, in the Recyca district local population occupies the space not less than 5 hectares (supervision of 2001) and consists of the separate groups (with an area from 3 to 100 sq.m) which are at different distances from each other. Under favorable ecological conditions vaguely long time can remain in places of growth. In culture in weather climatic conditions Vitebsk the genista German regularly fructifies, gives self-sowing, breeds seeds, is frost-resistant (6 years of supervision).

Protection measures:
"Bialowieza Forest", a number of wildlife areas in Gomel grows in territories of the Polesia radiation and ecological reserve, national parks "Pripyat" also ("The Mazyr ravines", "Strelsky", "Chechersky", "Shabrinsky", etc.) and Brest ("Buslovka", "Gander", "Popelevo") areas. It is grown up in botanical gardens BGU and the Vitebsk university. Audit of the known locations and periodic control of a condition of populations, the organization of biological wildlife areas in the Gomel, Recyca and Cherikovsky districts where the genista German grows in a complex with other rare species, prevention in places of growth of anthropogenous influences (the selective sanitary cabins and cabins of leaving which are carried out to winter time are admissible), periodic target optimization of habitats are necessary (clarification); expediently broad introduction of a look to culture as an ornamental, medicinal and melliferous plant.