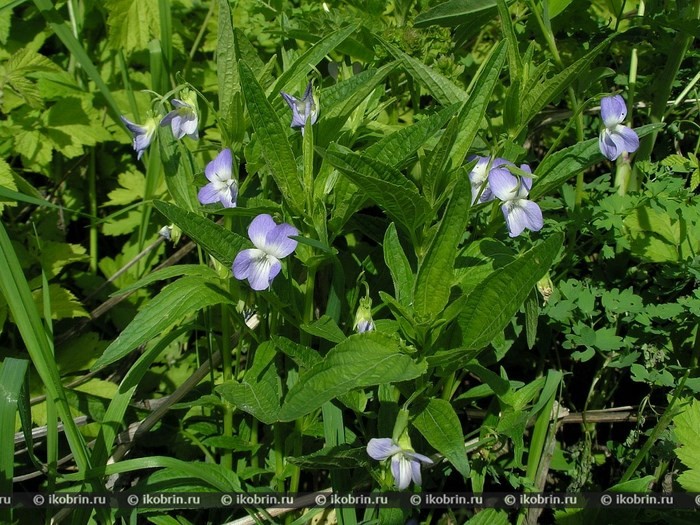 International importance:
It is included in the 2nd edition of the Red List of Belarus (1993). Is under protection in Lithuania and Latvia.

Description:
Long-term is shortly pressed - the trimmed grassy plant with an upright stalk 15-50 cm high. Leaves oblong lantsetnye, on edge vyemchato-pilchaty, with narrow and winged scapes 8-10 cm long. Stipules are very large, listovidny, lantsetny or ovoid lantsetnye, usually exceeding a leaf scape, especially in the top part of a stalk. Flowers light blue or pale blue, with direct shporets, a whitish pharynx and dark strips on petals. Chashelistiki lantsetny, sharp. A fruit - a dry box with the acting edges and a peaked top.

Rasprostraniyeniye:
Scandinavia, Atlantic, Central and Eastern Europe, Mediterranean, Caucasus, Western Siberia, Central Asia. The forest-steppe relic look which is in Belarus in separate localities behind northwest border of an area. It was for the first time brought in the second half of the 19th century for the Mogilev province, but these instructions are wrong. Later it was noted for vicinities of Grodno and Slonim. More than 80 years later (in 1981) it is found in the Vitebsk district where it is observed still.

Number and tendency of its change:
In the only thing location authentically known now meets separate copies and small groups on total area approximately of 1 hectare.

Major factors of threat:
Cabins of the wood of the main use, economic transformation of lands, early mowing, excessive recreational loadings (trampling, failure of the blossoming plants, the organization of dumps).

Protection measures:
It is protected in the territory of the botanical wildlife area of "Pridvinye" (The Vitebsk district). It is necessary to carry out a constant control of a condition of the known population and search of new places of growth. In places of growth it is necessary to forbid or limit anthropogenous influence (the selective sanitary cabins and cabins of leaving which are carried out to winter time are admissible; mowing rekomennutsya to carry out in the second half of summer after maturing of seeds – not earlier than July); preservation of a gene pool of a look in the conditions of culture is expedient.