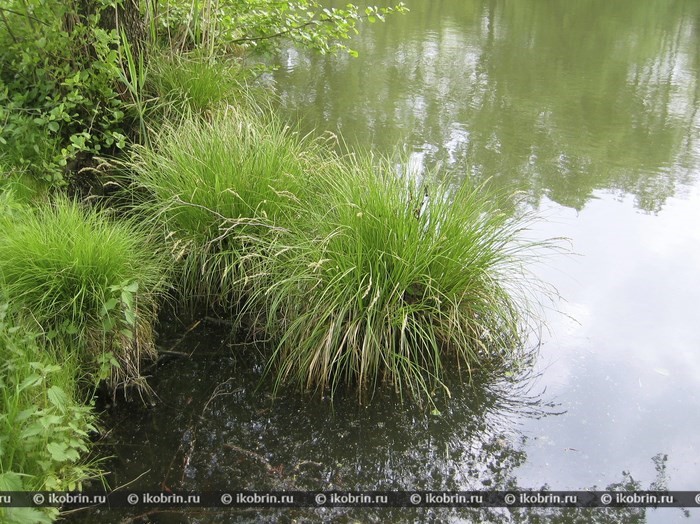 International importance:
In the Red List of Belarus it is included for the first time. It is protected in Lithuania and Latvia.

Description:
Perennial grassy quite gustodernovinny gray-green plant with the shortened rhizome. Stalks 15-30 cm high, at the basis are surrounded with light brown or gray cheshuyeyovidny leaves. Median leaves channeled, narrow, sticking out, at the same time long remain last year's. Cones in number 2-6 are pulled together on a top of tsvetonosny escape in more or less golovchaty inflorescence. Scales brown or reddish with beloplenchaty edges. Sacks are ovoid, 3-3,5 mm long, brownish, with clear veins, gradually narrowed in the direct more or less deeply split nose rough in front.

Rasprostraniyeniye:
Scandinavia, the Average, East (Baltic, North and middle part of Russia) Europe, Caucasus, Western and Eastern Siberia, Far East, North America. The Tsirkumborealny look which is in Belarus on the southern border of an area. According to literary data it is brought since the beginning of the 20th century for vicinities of Minsk and Simonovichi of Glussky district, and also Veretei of Miorsky district. In recent years it is found in Bialowieza Forest (Pruzhansky district) and Gluboksky district.

Number and tendency of its change:
Condition of both authentically known populations critical: their areas make no more than several tens square meters. The populations, known from the beginning of the century, most likely, disappeared.

Major factors of threat:
Change of the hydrological mode of habitats as a result of carrying out drying melioration and peatery, overgrowing of ecotops a bush and subgrowth of tree species.

Protection measures:
Grows in territories of National park "Bialowieza Forest" and the hydrological wildlife area of "Servech" (in Gluboksky district). Periodic control of a condition of the known populations and search of new places of growth, prevention of anthropogenous influences, carrying out purposeful optimization of habitats are necessary (periodic clearing of sites with a sedge bolotolyubivy from wood and shrubby breeds).