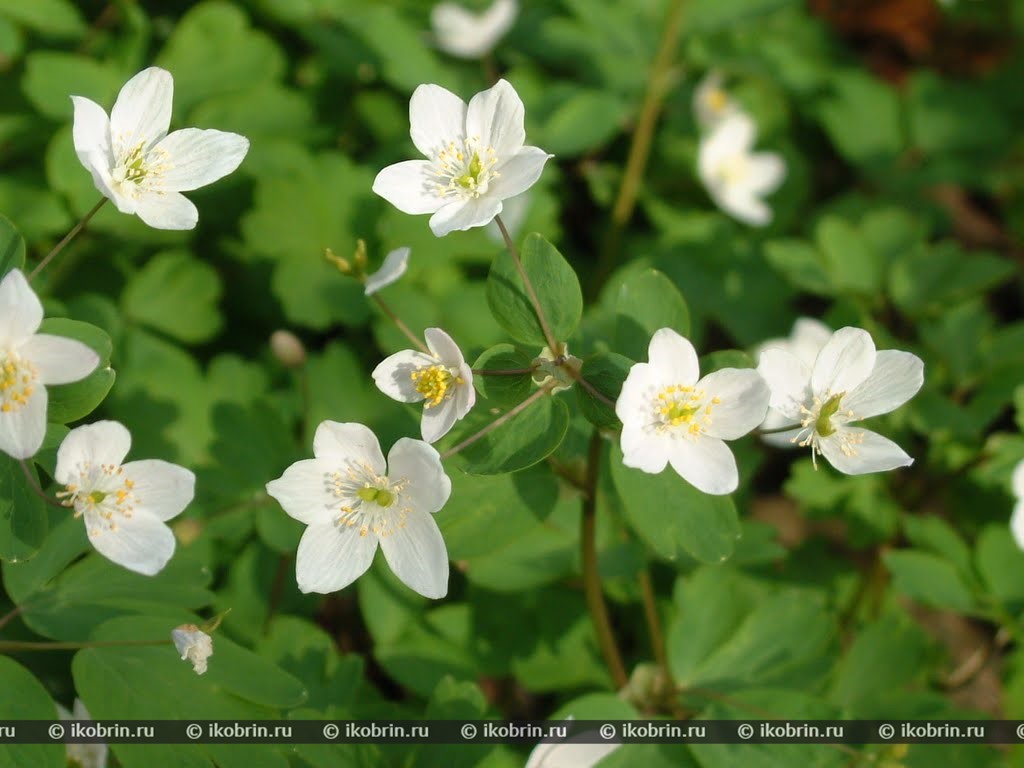 International importance:
Under the state protection in the republic it is for the first time taken in 1964. It is brought in the Red List of Belarus of the 1st and 2nd editions (1981, 1993). It is protected in Lithuania.

Description:
Perennial grassy plant 15-25 cm high with a thin creeping branched rhizome. A stalk single (or them a little), naked, more rare slightly trimmed in the lower part, branchy and oblistvenny in the top half. Radical and lower stem leaves twice-troychatoslozhnye, naked or slightly trimmed on the lower surface, with obratnoyaytsevidny 3-bladed or 3-separate leaflets and whitish webby stipules 2,5-3 mm long, on long scapes. The top stem leaves are similar lower, but more small and on short scapes. Flowers white, with a diameter up to 1 cm, single, are more rare on 2-3 on thin pedicels which leave bosoms of the top stem leaves; chashelistik are oval, white, pinkish-violet are more rare. A fruit – from 2-3 flat lanceolate leaflets 6-8 mm long with the short, thin, slightly bent nose. Seeds are smooth, brilliant, brown or almost black.

Rasprostraniyeniye:
The area embraces mountainous areas of Central and Atlantic Europe, the Mediterranean and the western areas of Eastern Europe. In Belarus this relic, by origin the preborealny Central European mountain look is on northeast border of an area and is found only in the extreme southwest of the republic. It is authentically known in the Brest, Kamenetsky, Maloritsky and Pruzhansky districts of the Brest Region and Svislochsky district of the Grodno Region. The main locality is Bialowieza Forest. Earlier it was noted in vicinities of Grodno, Brest and Svislochi (Grodno Region).

Biology:
Efemeroid. Blossoms in the second half of April – the first half of May. Entomofil. Fruits ripen at the end of May. Reproduction seed and vegetative. Barokhor.

Number and tendency of its change:
In the territory of look population Bialowieza Forest quite numerous also occupy the spaces from 150 sq.m to 3,5 hectares. At them there are individuals of different age states having average and high levels of viability; generative plants form rather large number of seeds. In some quarters the tendency to expansion of the occupied spaces is noted.

Major factors of threat:
Cabins of the wood of the main use, economic transformation of lands, reduction of the areas and violation of structure of the old-age woods, the raised press of wild animals, pasturage of cattle, excessive recreational loadings (trampling, collecting the blossoming plants).

Protection measures:
Grows in territories of National park "Bialowieza Forest", wildlife areas of "Vorokhovo" and "Trostyanits". It is grown up in the Central botanical garden NAN of Belarus and in the Republican ecological center of pupils and youth (Minsk). It is necessary not to allow negative anthropogenous impacts (the selective sanitary cabins and cabins of leaving which are carried out to the winter period are resolved); to exercise constant ecological and biological control of a condition of the known populations and to purposefully carry out search of new; it is artificial to make multiple copies and settle a look in natural ecotops, and also more widely to enter it into culture as an ornamental plant.