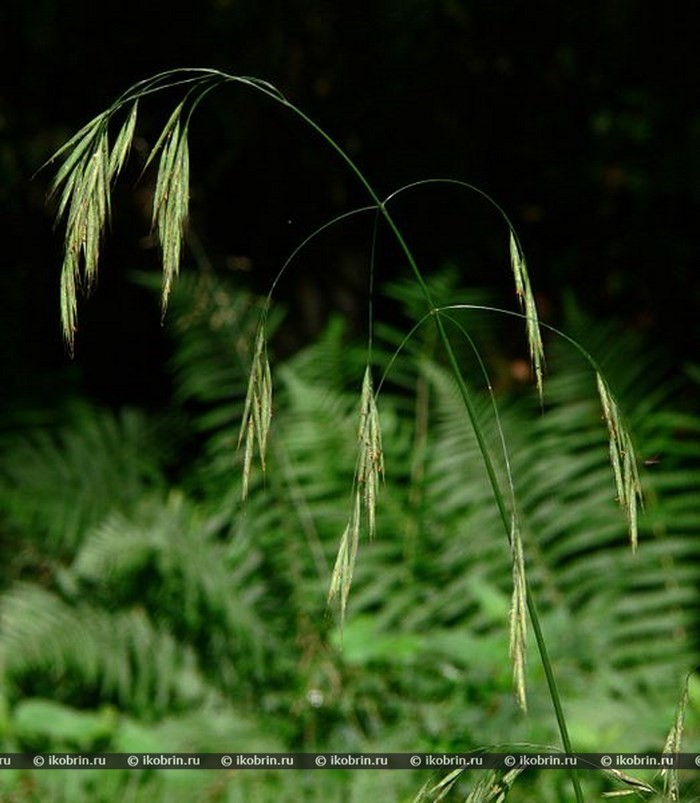 International importance:
It is included in the Red List of Belarus of the 2nd edition (1993). It is protected in Lithuania and Latvia.

Description:
Long-term friable dernovinnoye the grassy plant 70-100 high (140) cm with several roundish is short - the trimmed stalks and a short rhizome. Leaves are green, on edge ostrosherokhovaty, with a whitish average vein which strongly is given. The vaginas of the lower leaves with lantsetny or triangular ears seated down by the unbent hairs. Cones are green, awned, flattened from sides, are collected in slightly sprawling whisks. The lower color scales are larger top, thinly pointed, with quite long direct awn. A fruit - quite large zernovka.

Rasprostraniyeniye:
The Euroasian not moral relic look which is found in a zone of the broad-leaved and mixed woods of Europe in the Caucasus, in Western Siberia (South), Central and Asia Minor, Iran (North). In Belarus it is revealed in Brest, Gluboksky, Grodno, Kobrin, by Minsk, Novogrudsk, Pinsk and Pruzhansk districts. On gerbarny given in the fifties 20 century it was noted in Kalinkovichsky district, and in the middle of 19 century - in vicinities of Brest and the Mogilev province (of Saltanovk of Zhlobinsky district).

Habitats:
Broad-leaved (oak groves of kislichny and snytevy types, yasennik of snytevy type) and the mixed (broad-leaved and fir-tree) woods, are more rare slopes of ravines and high radical coast of the rivers.

Number and tendency of its change:
Usually populations occupy the small spaces (10-50 sq.m) and contain 30-50 plants in the structure.

Major factors of threat:
All views of cabins of the wood, drying and meliorative actions in places of growth and near localities, economic transformation of lands, excessive recreational loadings (trampling).

Protection measures:
"Svityazyansky" (Novogrudsky district), "Bugsky" (The Brest district), "Izin" (Pinsky district), "Sopotskinsky" (The Grodno district), and also the designed wildlife area of "Mylichino" (Gluboksky district) grows in territories of National park "Bialowieza Forest", wildlife areas. The constant control of a condition of the known populations, prevention in places of growth of anthropogenous influences are necessary; preservation of a gene pool of a look in the conditions of culture is expedient.