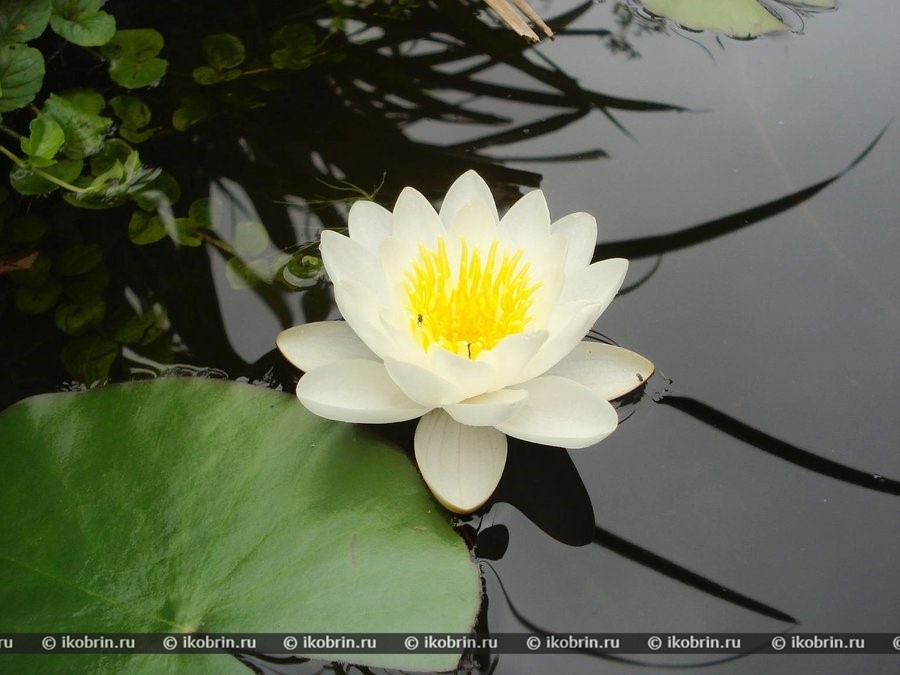 International importance:
It is included in the Red List of Belarus of the 1st and 2nd editions (1981, 1993). It is protected in Lithuania and Poland.

Habitats:
Lives in lakes, the rivers, canals, in gulfs, staritsa, ponds, usually at coast and in creeks where a current slow, at depths up to 2,5 m.

Biology:
Blossoms from June to September. Flowers are pollinated by insects. The pollinated flowers plunge into water where there is a maturing and destruction of a fruit (the next year in August - September). Seeds are carried by water thanks to a large meshkovidny outgrowth on them. Besides seed there is also a vegetative reproduction by rhizomes. Often forms a hybrid with a water-lily purely - white.

Number and tendency of its change:
Meets small groups and single individuals, in places forms the rarefied thickets.

Major factors of threat:
Drainage of reservoirs and change of water level in them, industrial and household pollution of reservoirs, damage of plants by fishing nets and powerboat transport, and also change of a hydrochemical composition and temperature condition of water, replacement by more competitive types.

Protection measures:
The look grows in territories of national parks: "Bialowieza Forest", "Narochansky", "Pripyat", wildlife areas of "Vydrenk", "Wild", "Red Bor", "the Lipichansky dense forest", "Prostyr", "Sporovsky", "Central Pripyat". Control of a condition of the existing natural populations of a look, search of new places of growth, prohibition or restriction in them negative anthropogenous impacts are necessary. Artificial cultivation as high-ornamental plant and moving in suitable reservoirs is recommended.