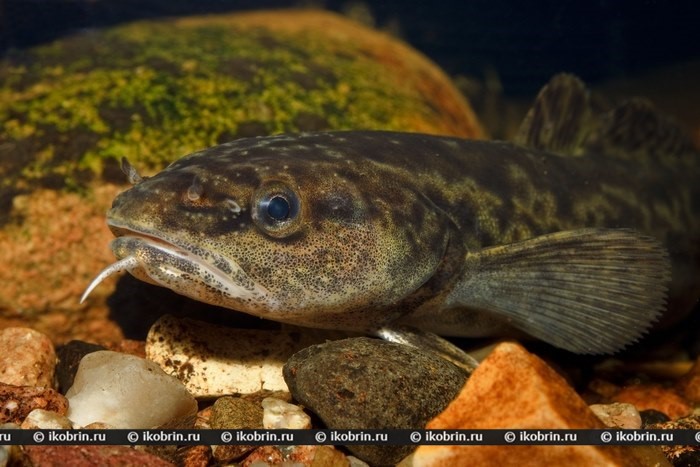 In Belarus lives everywhere in the rivers and many lakes. The general coloring of a body dark-brown, against which the big lighter spots coming on fins. Very dark copies, in particular young people meet. Prefers clear water, with a silty stony bottom, cold spring water. Most often meets in small spring small rivers. For the parking chooses the deep holes shaded by the coastal thickets creating a shadow and a cool.

With freezing of reservoirs the grass-roots movement of burbots upstream to spawning areas begins. Leave inundated reservoirs to beds of the rivers, in lakes - in a coastal zone with sandy and stony soil. Ikrometaniye occurs since the end of December on February, under ice, at water temperature about 1 — 3 °C.

Become Polovozrelymi at the age of 3-4 years, but separate individuals, under favorable conditions for dwelling, ripen earlier. Separate copies of a burbot can reach 112 cm of length and 12 kg of weight, however in our waters copies only to 4-5 kg meet. Growth rate of a naliyom rather good, fingerlings reach 17-18 cm of length and 35-50 g of weight by fall. Weight at two-year age already exceeds 100 g, in four-year-old - about 400-500 g, and in seven-year-old reaches 1 kg and more.

Leads a nocturnalism. In the summer the burbot is sluggish, inactive, at rise in water temperature above 15 °C hides in holes, holes, under snags, in roots of trees, vykhoyodya for food only at night. Adult individuals are typical predators, eat mainly small fish, mainly a gudgeon, a ruff, the loach and other benthonic fishes, poyoedat larvae of lampreys, frogs, crayfish.

Burbot meat fat and tasty. His liver, as well as in a liver of other treskovy fishes, contains a large amount of fat, vitamin-rich why it is regarded as a delicious dish. According to trade statistics, a burbot ulova in reservoirs of Belarus made from 50 to 120 c a year, however in recent years considerably fell, average about 5-12 centners a year. In large numbers the burbot is caught by local population and amateur fishers for own consumption. With development of river fishery fishery value of a burbot will increase.

Catching of a burbot is very simple and does not demand special skills and skill. The tackle is identical to spring and autumn catching: in most cases it is ground rods. A burbot catch on any scaffold, even on a piece of a twine and self-made rough hooks. Thickness of a scaffold does not influence its biting: he is enough and swallows a nozzle on the most rough tackle.

Successful catching is observed before spawning at the end of November - the beginning of December. At this time the burbot sticks to quiet, deep and stony places, is closer to coast, at gulfs, snags and even on sand, sometimes at an insignificant depth.