Treats fishes of family of somovy (Siluridae) of group of somoobrazny (Siluriformes). The native species of fishes living in many natural reservoirs of Belarus. 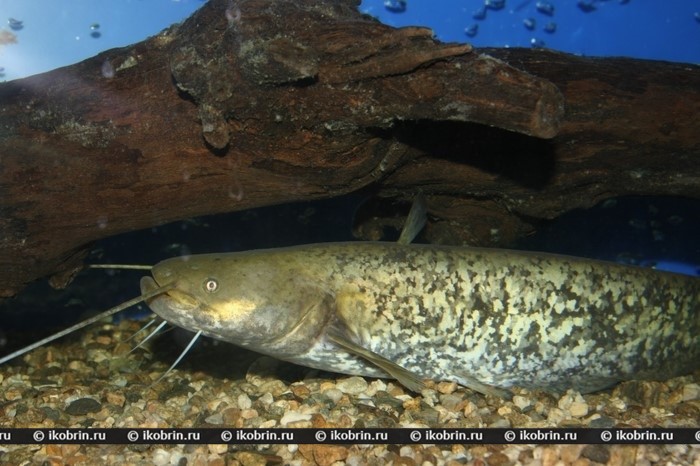 Conducts twilight and the nocturnalism, comes for feeding after sunset and hunts till the dawn. Lies not movably in the shelter in the afternoon. Intensively eats during the whole summer, by fall the zhor weakens and absolutely stops at a considerable cold snap of water. Gets food mainly from a zayosada, involving the come victim in the huge mouth together with water current. Does not love muddy water, in rainy weather rises to a surface where water is slightly purer.

Reaches puberty on 4 — the 5th year of life. Ikromeyotaniye occurs in a coastal zone, in thickets of underwater vegetation, at a temperature not below 18-20 °C.

The catfish is the largest fish of our reservoirs, can reach 2,5 m of length and 200 kg of weight. However such copies in our reservoirs do not meet any more. In a liteyoratura there are data on catch of som weighing up to 93 kg, more often weight makes from 32 to 63 kg. In ulova somik about 5-8 are usual, weighing up to 15 kg is more rare.

Possesses high growth rate, reaching commodity weight on the second year of life. At the age of one year reaches length of 20 cm, and by four years - 50-60 cm of length and 1-1,5 kg of weight, to 10-year age - 1 m of length and 6-8 kg of weight. The som consumes the weed, sick and died fish, being that bioreclamation expert of reservoirs creating favorable conditions for cultivation of other objects of pond polyculture.

Meat of som tasty and nutritious therefore it schiyotatsya long since by an important food fish. The strengthened catch of som, in particular illegal muffling by explosives, led to the fact that now this fish became a rarity. On biochemical structure meat of som is close to meat of sturgeon fishes.

The som is also perspective the technology of reproduction and commodity cultivation of the European som in the ekologo-physiological way allowing to receive in addition 300 kg/hectare of fish production is developed for cultivation in pond hozyayyostvo At Institute of fishery.