The Belarusian name - som of a pratochna. Treats fishes of family of a cat catfishes (Ictaluridae) of group of somoobrazny (Siluriformes). 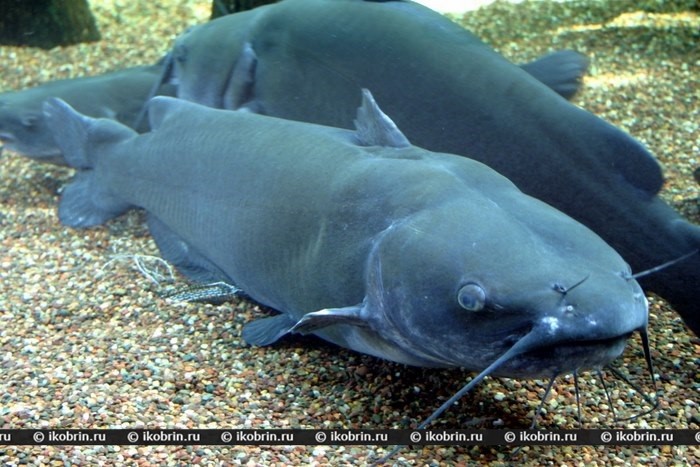 Under natural conditions lives in fresh waters of North America, mainly in average and southern states of the USA. For fish farming it is delivered in a row the countries of Europe. In the USSR larvae of channel som were delivered in 1972 in a rybopitomnik "A hot key" (Krasnodar Krai) in which the uterine herd was grown up further and since 1975 its moving on other regions, mainly on the southern fish farms of the country began. To Belarus channel somik it is delivered in 1979 to Lake Beloye (a reservoir cooler of Beloozersky state district power station) where found favorable conditions for dwelling and reproduction. In office "Beloozyorsk" JSC Fish Farm Selets began formation of uterine herds for moving on other fish farms of the republic.

Under natural conditions lives in lakes and the big rivers with a sandy or stony bottom. For spawning enters small inflows. Is very thermophilic fish, optimum temperatures for its dwelling exceed 25 °C, gives the greatest prirosta at temperatures of 29-30 °C. Therefore under our conditions perspective it can be considered only for cultivation in reservoirs coolers of power supply systems, warm-water ponds, pools and cages with artificial heating of water. In the lake White is drawn towards a zone of thermal dumping where water the warmest. It is quite exacting to the oxygen mode which maintenance has to be not lower than 6 mg/l; at 3 mg/l usually perishes.

Polovozrelymi males become at the age of 3-4 years, a female in 5 years, at achievement of length of 33-40 cm and mass of 450-1800 g. Under natural conditions for spawning comes into river creeks and inundated lakes. Spawns at the end of April - in June when water gets warm to 20-23 °C, optimum temperature of 29-30 °C.

Reaches length of 1,5 m and the weight of 40 kg and more. Growth rate is quite high.

Meat of channel som quite fat, almost without bones, possesses good tastes which does not lose at long storage and freezing. In the USA is the main object of pond and basin fish breeding, the output of this fish is estimated at 400 thousand c. High plasticity of adaptation to various conditions of dwelling and self-reproduction promote its broad cultivation in warm-water farms.