Belonged Shuysky. In the first half of the 19th century Vitaly (Vitalis) Shuysky, Yustina Blotskaya's brother, mother Romualda Traugutta owned a manor. Rod Trauguttov originates from Saxony. In the first half of the 18th century the great-grandfather Romualda moved to Belarus. Ded Romoilda Yaqub, the participant of revolt of 1794, was held in Tadeush Kosposhko's respect, but lost the possession. Ludwig, the father Romualda married to Alois Blozkoy, without having possession, Shostakovo rented. In 1861 the manor devolved to the nephew, V. Shuysky's Godfather — to Romuald Traugutt.

Romuald after the termination of the Svislochsky gymnasium becomes an officer, takes part in the Crimean war, directs engineer works, then works in the case of military engineers in St. Petersburg, attends lectures at university, is fond of physics, is engaged in development of problems of explosion of mines at distance and increases of tension of electric current. Builds bridges, fills roads. In 1862 he in a rank of the lieutenant colonel of the Russian army retires and with two juvenile daughters moves to Ostrovye. Deserted moves, having lost for 2 years the daughter, the son, the grandmother Yustina who in connection with death of mother from two-year age brought up and raised it, and the wife Anna Nikel (in 1859) with whom lived seven years.

The new period of life of Romuald marrying again Antonin Kosciusko from Klopotsin, the three times removed niece of Tadeush Kosciusko in a small silent Polesia manor lasted not for long. Short-term rest was replaced disturbing and heavy 1863. The request followed to accept command of Kobrin, Pruzhansky and Brest Counties of insurgent groups. Agreed not at once. Romuald as the former military — the combatant in Hungary in 1849, in 1853 — in the Danube principality, then in the Crimean war (1853 — 1856), well understood a situation and as later noted: "... I did not advise to lift revolt, saw all complexity of fight without army and arms against the state known for the military power.". Having weighed all obstacles as the general, and a personal order, it recommended to cancel the decision on the beginning of revolt. However it was already impossible to carry out it. Romuald accepted a request and, having said goodbye to a family, left Ostrovye. The number of its group made only 160 people "of a shlyakhta, officials, a small number of landowner employees and peasants".

In great difficulties in fight against superior forces of imperial troops there passed the Polesia campaign of insurgents. On the thirteenth of July Romuald dismissed the insurgents who grew weak from fights, hunger and malaria. The commander hardly moved. He was supported. A shelter became not Ostrovye, but Lyudvinovo where, having a little got stronger, it by means of courageous Elisa Ozheshko reaches Brest, and then with group in twenty people — to Warsaw. On the second of August the national insurgent government gave to it the rank of the general. Then Paris, the last difficult six months of the management of already fateful revolt, arrest and prison followed. He gave nobody, did not renounce the beliefs. Wanted to say goodbye to children, the wife, but this only request it was refused. Life of the hero came to the end with courageous death on a scaffold in the Warsaw citadel before thousands varshavyan. Its personal belongings were burned. Returned to the widow photos, her portrait, an icon, hours with a chain and money. In 1916 on slopes of a citadel the big cross with a thorny wreath in memory of the hero and four executed his companions was established.

After Romuald's death by order of M. N. Muravyev structures of the estate were burned. It occupied the high, slightly crossed terrace of river of Osipovk and, despite losses and time, the district did not lose the appeal to this day. The wooden one-storeyed farmstead house of Shuysky stood on an eminence in the depth of the estate. The orchestra seats were big, open. Its place overgrew raznotravy. To it from a path (nowadays Kobrin-Malorita Highway) the twisting access road among bushes of a lilac and spiry conducts. Along the road the group of the rare American plant of a poison ivy in Belarus olenerogy (an acetic tree) which durability is provided with otpryskovy ability remained. The house surrounded the big park put as landscape parks of the first half of the 19th century. Wide, to two hundred meters, a strip it stretches in the western direction to the adjoining field. The forest stand ran wild, glades became covered by bushes and subgrowth of trees.

From composite elements the fragment of a lime arbor from three very old remained, probably, from 18th century stuck. Thickets are formed spireya by ivolistny. Single horse-chestnuts, a rose kolyucheyshy grow. In park there is a lot of white acacia and lilac.

In the southern part of the estate elements of water system, perhaps, baroque times still rather well remained. It is made by channels big (150х6 m) from the avenue remains along the coast which was filled with water from the river, and two cross. Longer of them about ceremonial part of the yard comes to an end small roundish (20 m in the diameter) with a reservoir with spring food in an environment of lindens. Between channels in the past, probably, bosketa were placed. Their offices are opened and serve as kitchen gardens. In boggy part of the estate among olkh, on an island, there was a small kaplichka with a wooden sculpture St. Yana under the shatrovidny gontovy roof leaning on four columns. Here last time Romuald before leaving in insurgent group prayed.

During the period between wars by a manor owned Bytlevskiye. In the spring of 1933 in the estate the 70 anniversary of the national liberation movement of democrat revolutionaries in northwest provinces of Russia in the presence of the soldiers of the 83rd regiment who arrived from Kobrin of Traugutt with an orchestra, grammar-school boys, school students and local population was celebrated. On the place of the farmstead house are established a big oak cross with a low fencing and a big boulder with an inscription "to Romuald Traugutt — the great son of Polesia". A row planted a pine and a birch. Unfortunately, everything was lost. The new memorable sign in the form of a boulder with a cross is established in 2003.

Eight years later after Romuald's death, Antonina Kosciusko in second marriage became Frantishk's wife, the son of professor Alexander Mickiewicz, the brother of the poet. In 1871 to it after death of the father the manor passed the Kobrin key. They lived in the house located at the end of Gubernskaya Street. The one-storeyed building built in 1794 in transitional forms from baroque to classicism. The building is restored in 1948 and till 1989 was used under the military and historical museum of A.V. Suvorov. Nowadays it is the house No. 16 on Suvorov St. Behind it the name "Traugutt's house" remained though Romuald did not live in it. His daughters to Alois and Anna were secretly taken out to Warsaw where under the changed surnames they lived and brought up in one of boards, then studied in Paris at institute of the Polish maidens. Anna married the cousin Yana Romualda Corwin Yushkevicha and began to live in a folvarka White about the Birch, belonging to the father's sister. Alois Trau (its surname became such) lived in Warsaw, worked as the translator, had uncommon artistic and musical abilities. Became a prototype of the heroine of one of Elisa Ozheshko's short stories. Kobrin where lived Antonin with Frantishk visited. In the house there was a memorable room in which Romuald's letter from a casemate — a tremendous monologue of the person before execution, and also the response letter of the wife Antonina which after execution returned to the addressee was stored. Then relics were stored at the daughter Anna and the grandson Boleslav. Anna among papers found the official list about service of the father in the Russian army, drew from the photo his portrait [646]. Anna in 1938 died. Sons Adam and Boleslav died on fields of battles. In Auschwitz the grandson Ezhi died.

Alois and Anna are buried on Povonzki's cemetery in Warsaw. Antonina died in 1906. Is based upon a new Catholic cemetery in Kobrin near Stanislav and Miroslav Kosciusko. On an old cemetery (in a kaplitsa Ptashkevichey) her son Romualdik who died in 1863 the baby is buried. Frantisek died in 1873 at the age of 32 years. It is buried in Kobrin near the father and mother.

Ostrovye's estate remained in former borders. It is thrown. As the memorial object deserves special attention. It belonged to the person who in prison on interrogation continued to consider with conviction "... that independence is a necessary condition of the real happiness of each people, I always dreamed of it for the homeland". 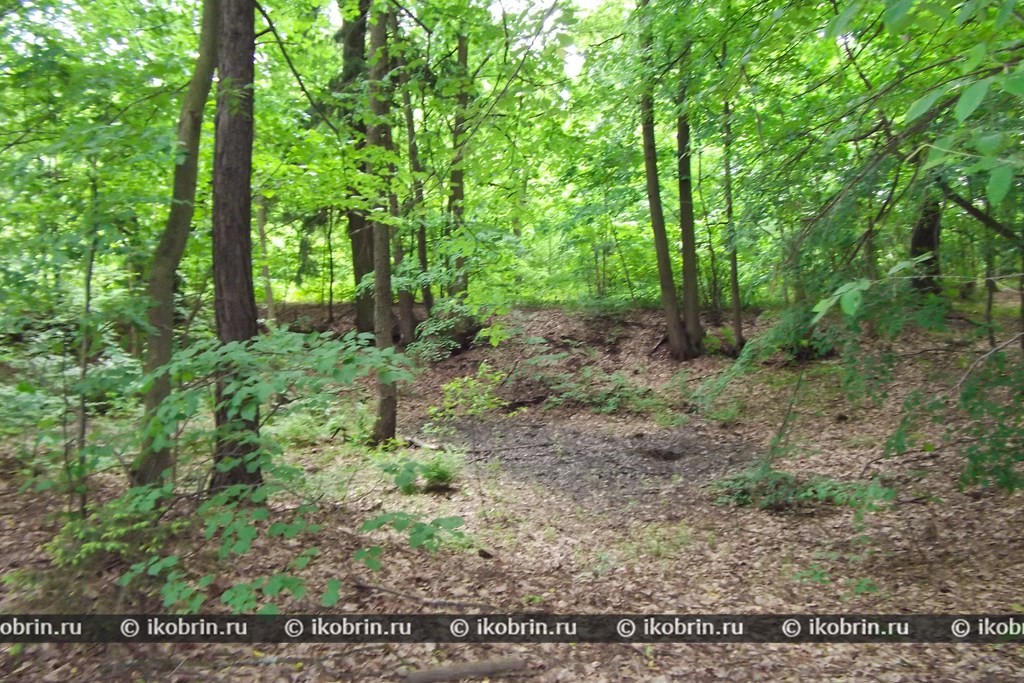 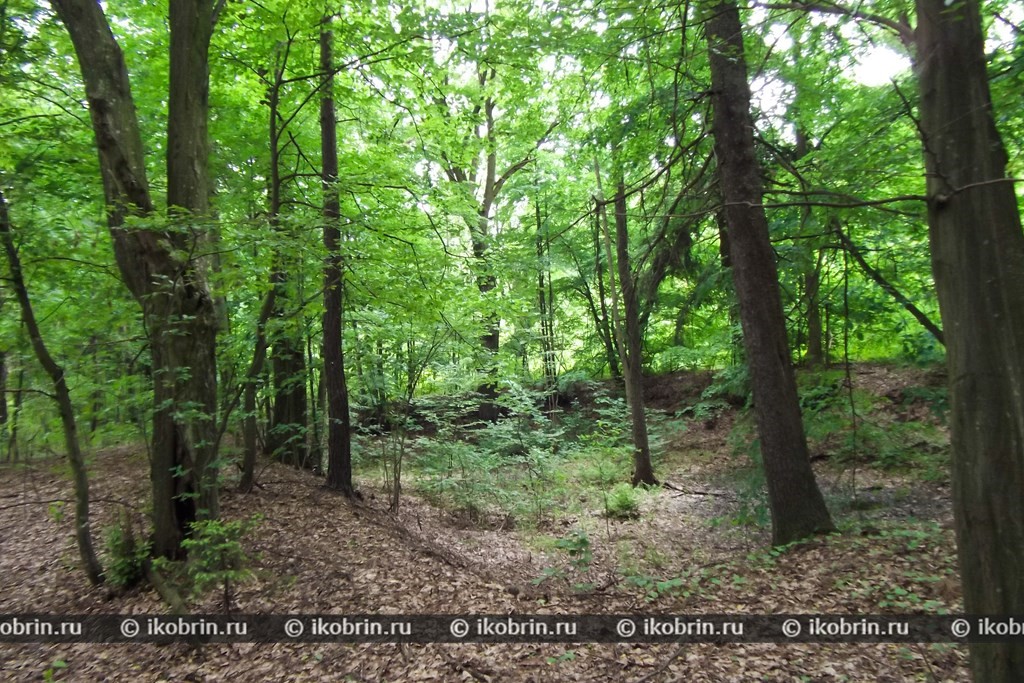 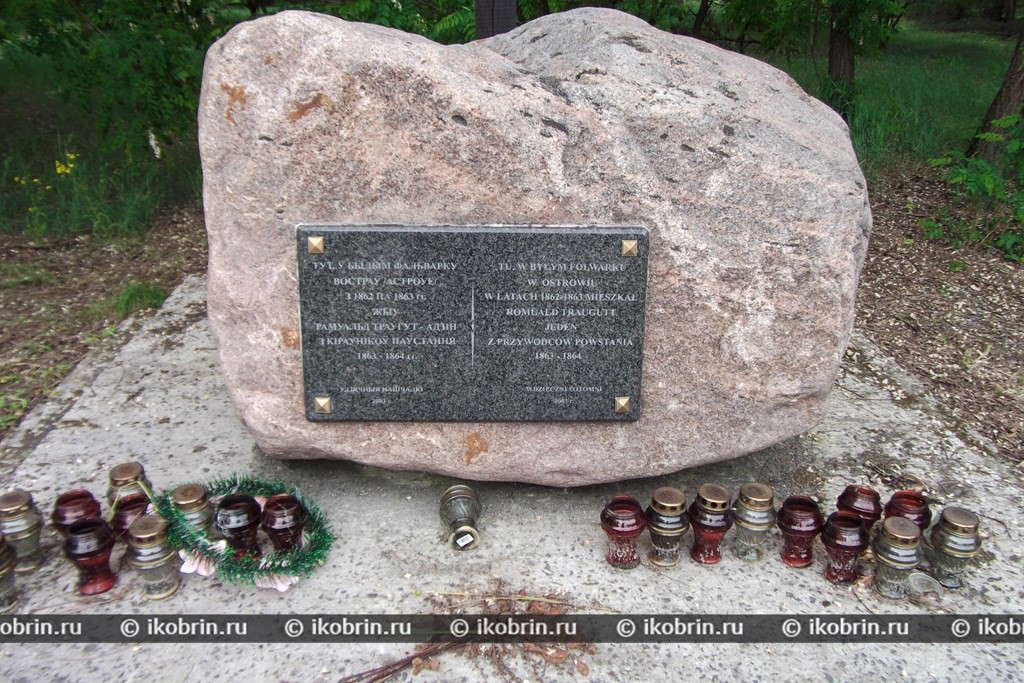 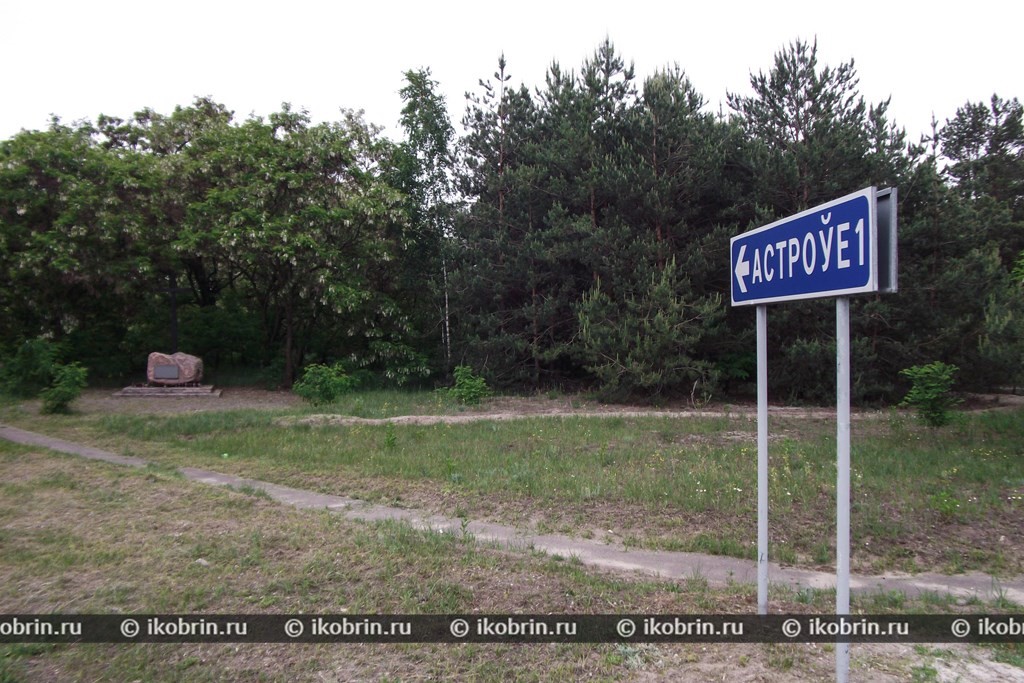 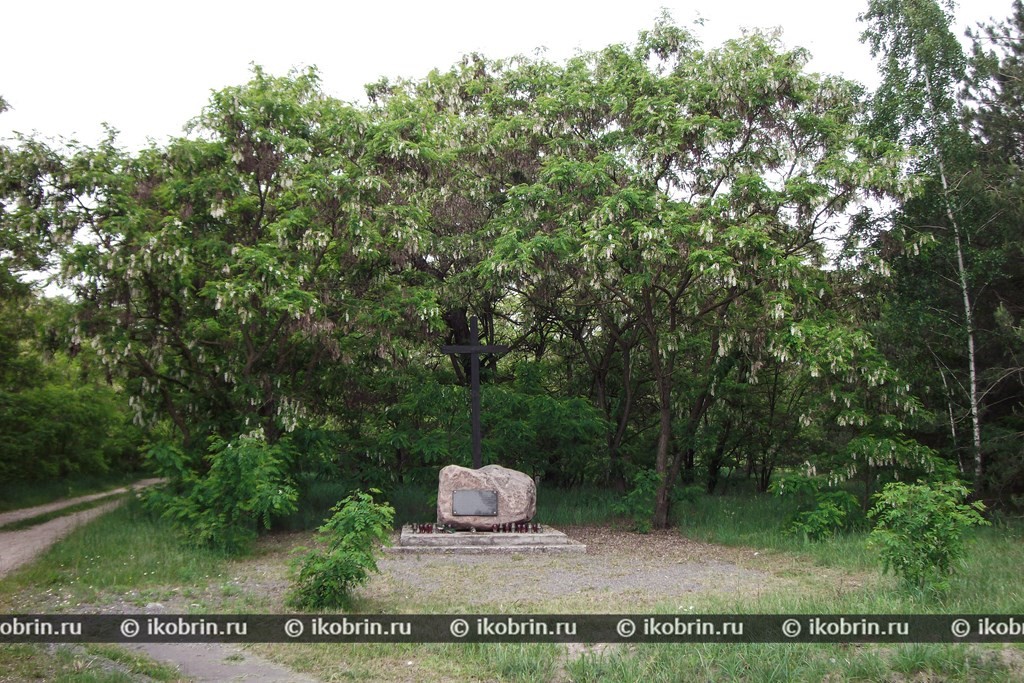