Molochevsky' possession. The little-known estate is located between villages Sand and Brace bits. Planirovochno is upset, but the general elements of composition are still traced. To the estate the long entrance avenue surrounded with willows fragile conducts. The farmstead house, wooden one-storeyed with a mansard roof, was located in the depth of park. Burned down in the years of the last war. Its location shows the large tree of a larch at the age of more than 150 years with a diameter of a trunk more than a meter planted in the center of a circle of ceremonial orchestra seats. A row located a big memorable boulder (2kh 0,9 m).

Before orchestra seats the park in the form of a rectangle of unusual planning is located. The water system of regular type consisting of the main channel which is well expressed (width of 6 m) which passes estates across south country is the basis for its composition and takes away excess of water in Mukhavets. It fills two poperechpy narrower channels 150 m long, covering together with them ceremonial part of the estate from three parties. In this rectangle the dominant position is held by a reservoir with a squared length up to 60 m to which water on one of channels comes. The reservoir surrounds the picturesque rarefied wood massif generally from a linden and a hornbeam. Fancifully curved lindens growing at a bush are exotic. Forms thickets spireya, single trees of a poplar of Canadian 'Serotina', horse-chestnut grow.

Also, only the fragment of landscape park in 3 hectares, presented the estate Shemetov Shemetovka put on the flat raised dryish district. On the place of ruins of the base of the wooden house, one-storeyed with a penthouse, the younger generation of trees rose, the orchestra seats became covered by a ryabinnik. In the access avenue five lindens and five bushes of a poroslevy origin which violently expanded in post-war time. On the place of a church the school is constructed. Trees of park grow in a type of small groups. Special decorative effect allocates maples with sprawling kroner. One of maples develops krone to 18 m, having powerful branches at the height of four meters of three. Odinochno in a forest stand is a linden, a fir-tree, a pine, a hornbeam. In park there is a lot of lilac forming roundish curtains, grow elder black, spire, a white acacia, an euonymus, a mountain ash, Kempferi's larch and European, a willow goat, a horse-chestnut. The linden large-leaved reaches 28 m of height and diameter of a trunk to 1 m. Sweet cherries grew in park. Two trees which transferred everything severe winters have height to 9 m, they plentifully fructify. The park surrounded a garden with a protective obsadka on perimeter. Along it there passed the main avenue of the estate, now the street of the village.

The started fragment of park is located between a farm and school. Can have recreational value, especially for school. 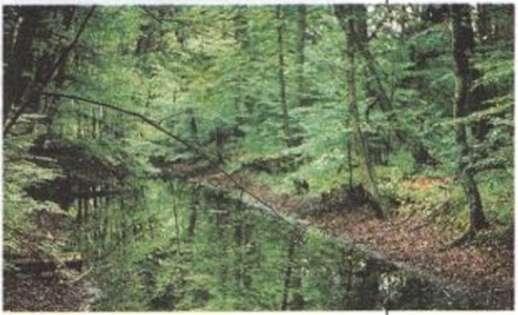 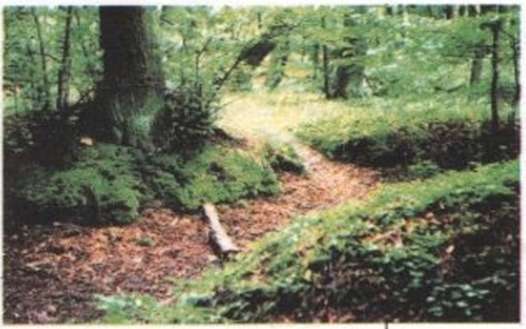