Were a part of Kobrin economy. According to Audit of economy for 1563, the yard in Litvinkakh had 19 dragged lands. Since 1757 were in structure of the Litvinkovsky key of the Kobrin province organized by E. Fleming. In 1841 - the patrimonial manor of Iosif Iosifovich Shadursky including folvarka and the villages of Litvinka, Prusk, Lastovka with 533 peasants. It was inherited on the man's line. In 1890 belonged to Pyotr, occupied 1421 tithes of the earth. Stanislav was the last owner of a manor.

In 1841, according to the inventory description, the estate included the simple wooden farmstead house (4 rooms, kitchen, an outer entrance hall), a house (3 rooms, the storeroom, kitchen, an outer entrance hall), the house folvarochny (2 rooms, an outer entrance hall) and the big economic yard (two barns, a shed for hay and straw, a cowshed, a stable and other structures). Were available a mill ("topchanitsa") with two barns, a thresher with all shells, with a grain shed and the cutting car, the new pise-walled distillery covered gonty with the wine receiver, a hothouse for manufacture of malt and rural spare shop. The yard had a bath, three wells, one of them with the wind pump. In days of eclecticism the ceremonial part with the new farmstead house, small landscape park, a reservoir and a big bosket with a garden was created.

The farmstead house one-storeyed, stone, with a porch on two columns, stood in an environment of landscape park from which there were single trees, good curtains of a lilac. The willow white "Vitellina", the form received as a result of national selection in the 17th century was the most expressive tree of the estate. It is decorative the wide falling krone with golden-yellow escapes. It was used around a reservoir, in the entrance avenue. Single trees at the age of more than 100 years remained.

Adjoined landscape part boskt, arranged as regular economic park, about 2 hectares. Its main planning element is well expressed - the lime avenue covering boskt from three parties. The avenue rather narrow — 5 m, then is narrowed to three meters. Along the avenue the shaft, it rather high lasts, width of 2 m, with trees on a crest, and along it (from the outer side of park) passes the channel. It carried out the protective and water regulating function that mattered for the estate located on equal, slightly lowered district.

The estate, rather big in the past, is planirovochno upset in connection with building. Bosket it is opened, busy with private kitchen gardens. Shadursky also next manors Pincers belonged (Tick) which land grounds in 1890 made 677 tithes, and Lastovki (Lyastovki), known since 1563 on materials of Audit of Kobrin economy. Small estates with wooden one-storeyed houses were planned as economic parks in the form of the garden captured from three parties by narrow lime avenues on which there passed the walking route. Avenue extent in Pincers of 260 m, width is 4 m. The house was surrounded by beautifully blossoming bushes (a lilac, a mock orange, spireya) and decorative wood types (a horse-chestnut ordinary, a linden fine-leaved). Former boskt it is built up with dachas. From the estate in Lastovkakh fragments of a forest stand of the park put by local types, the small growing reservoir and ruins of family burials of Shadursky remained. 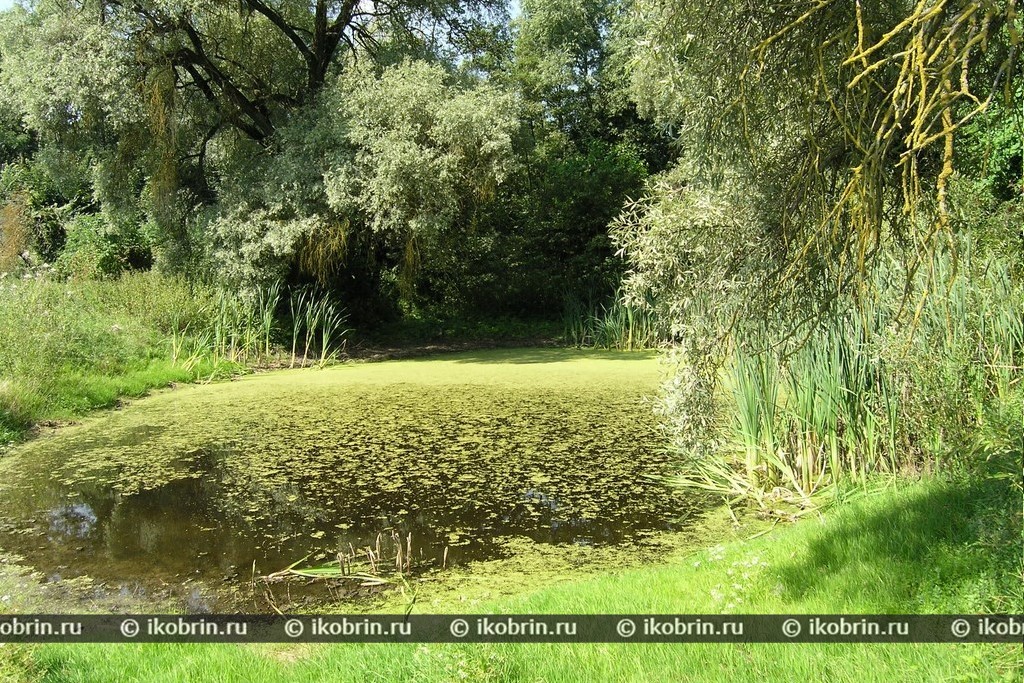 Litvinki. Territory of the former estate (view of a pond) 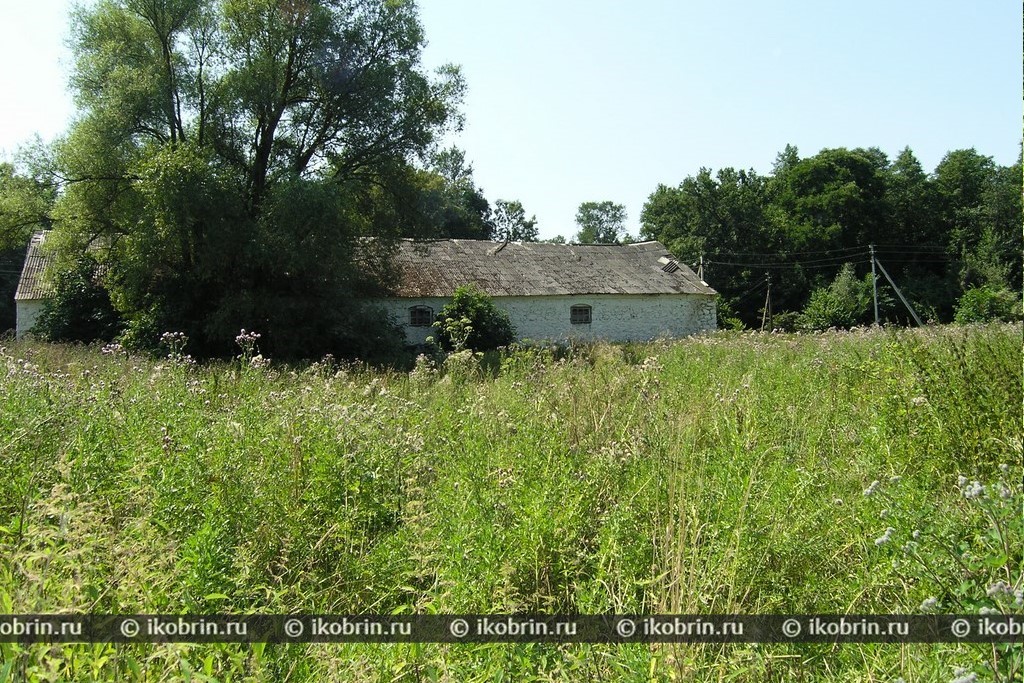 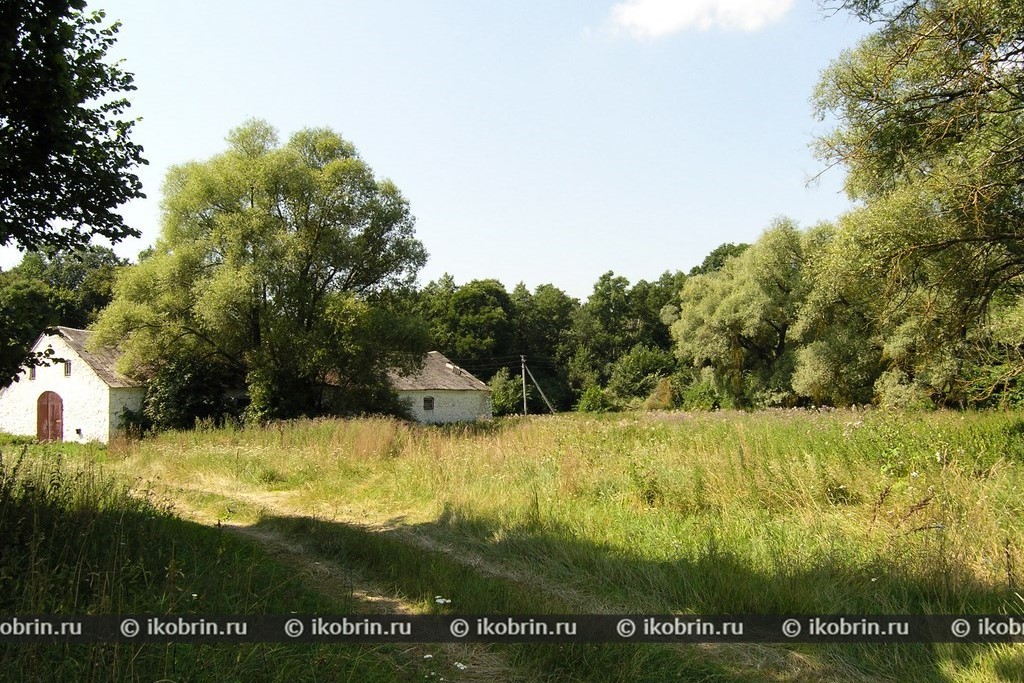 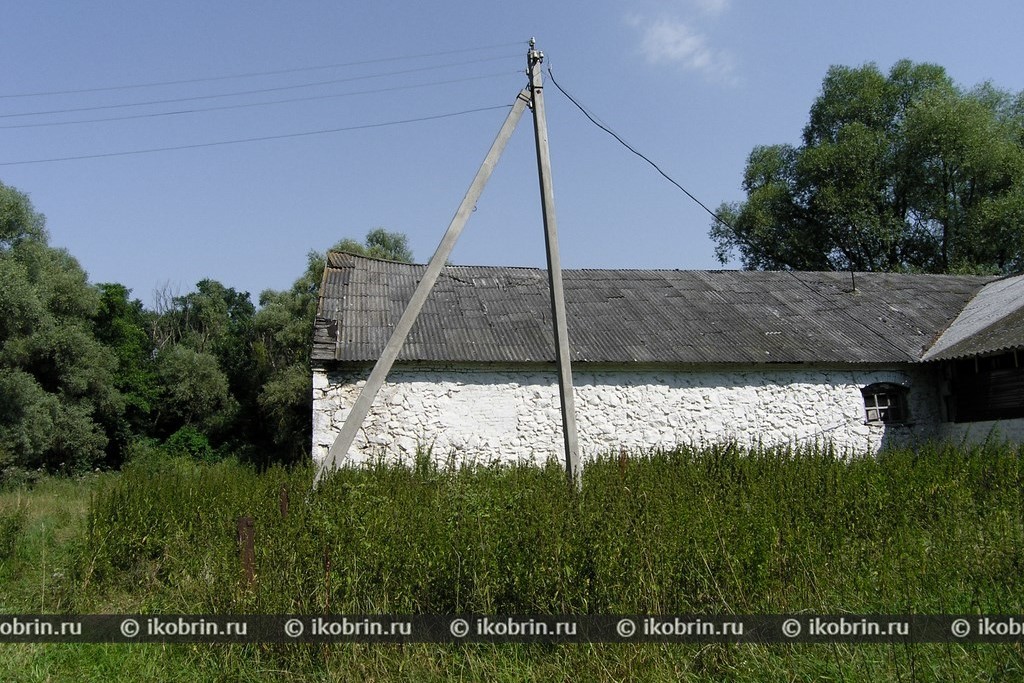 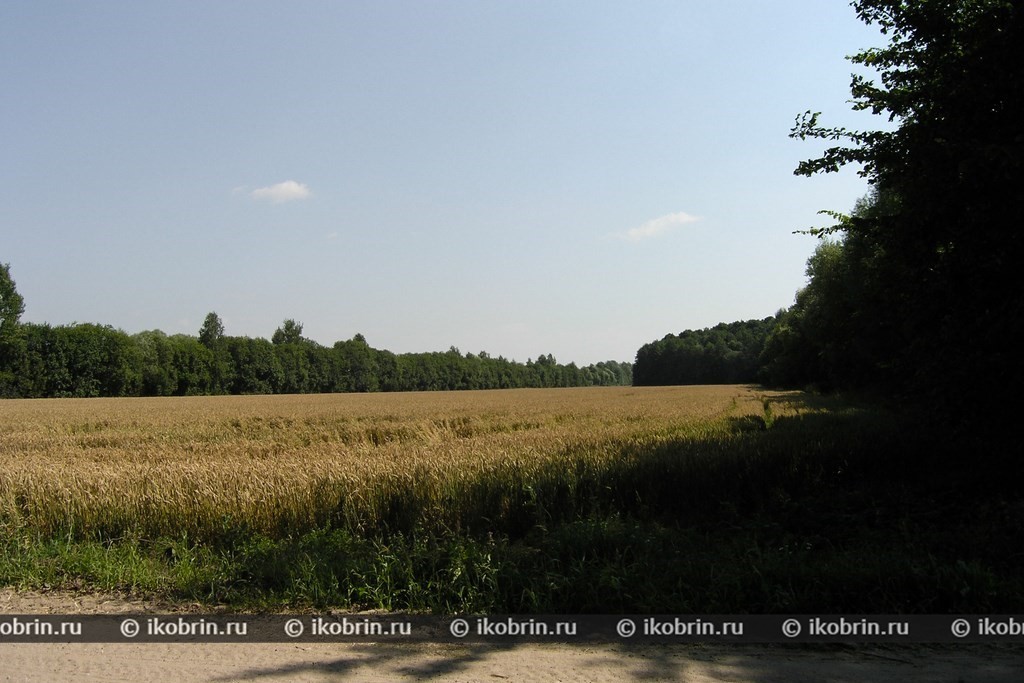 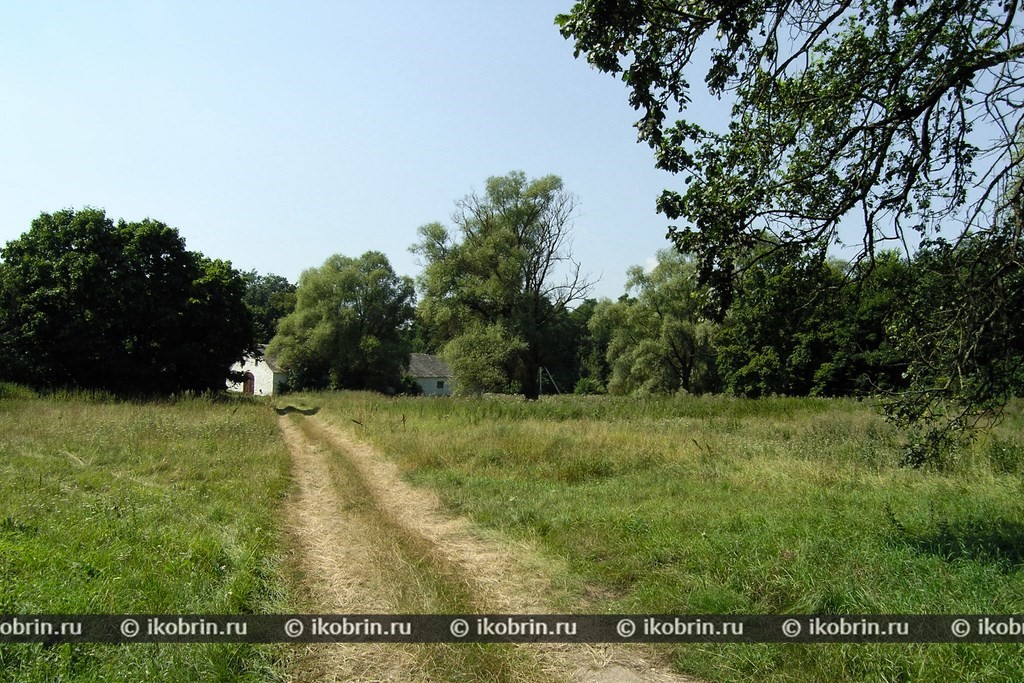 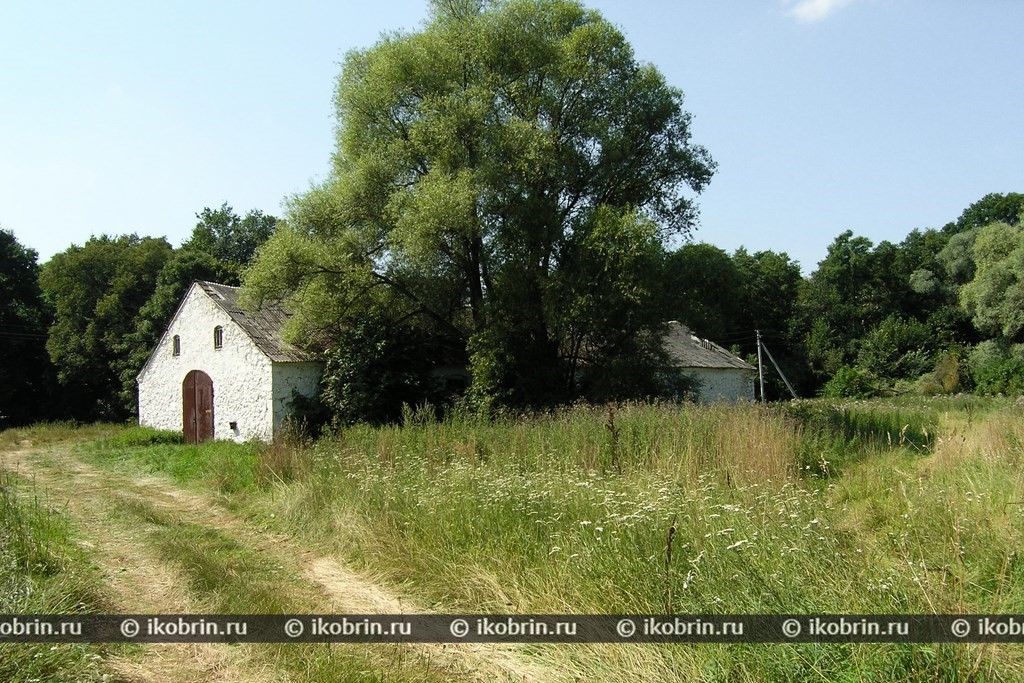 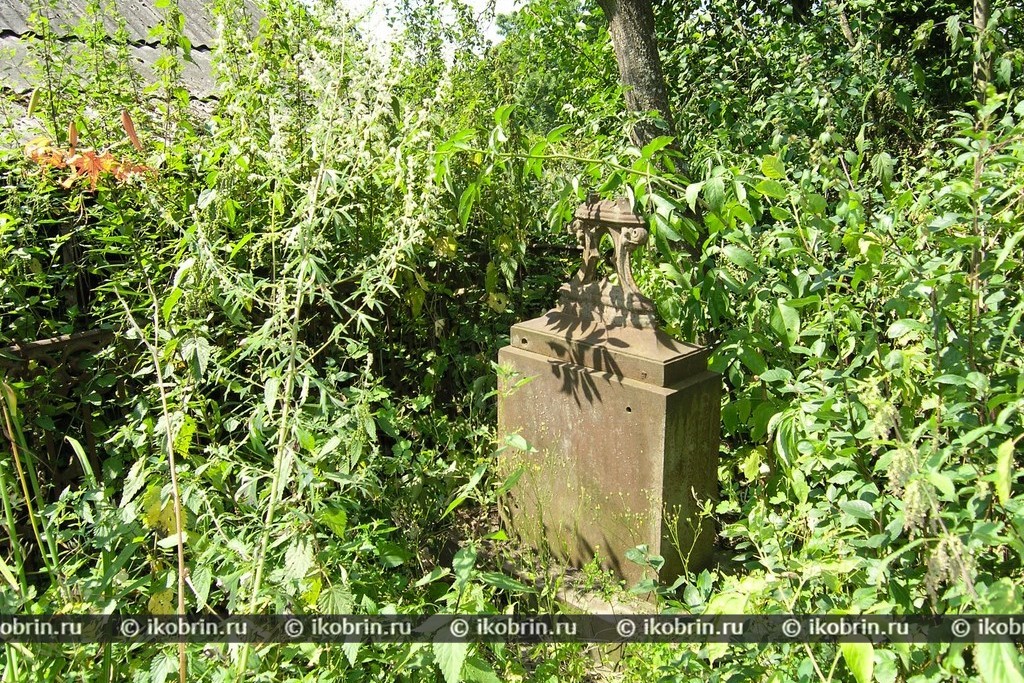 Single grave in the territory of the former estate 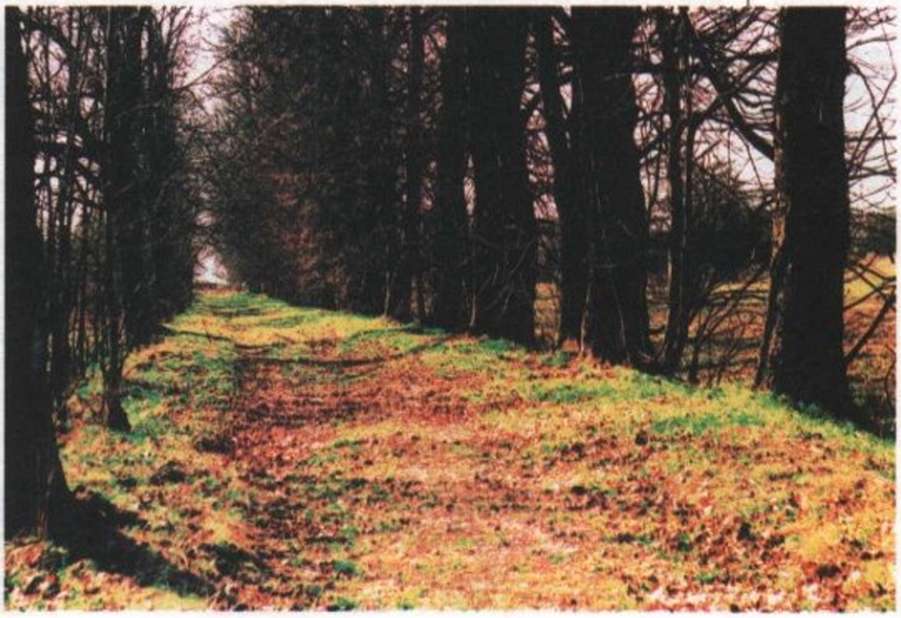 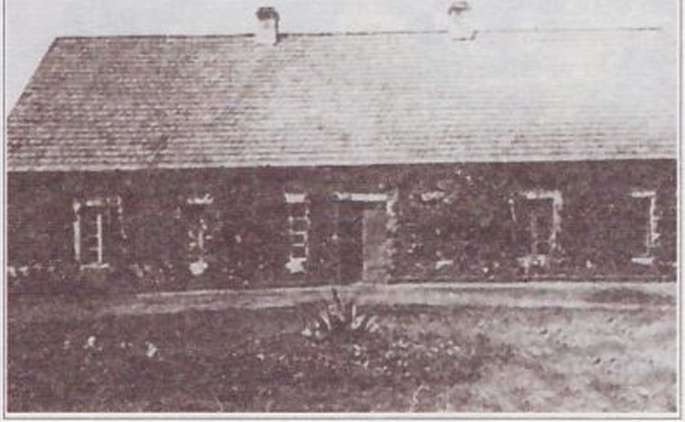 Litvinki. Main facade of the farmstead house. Photo of 1927. 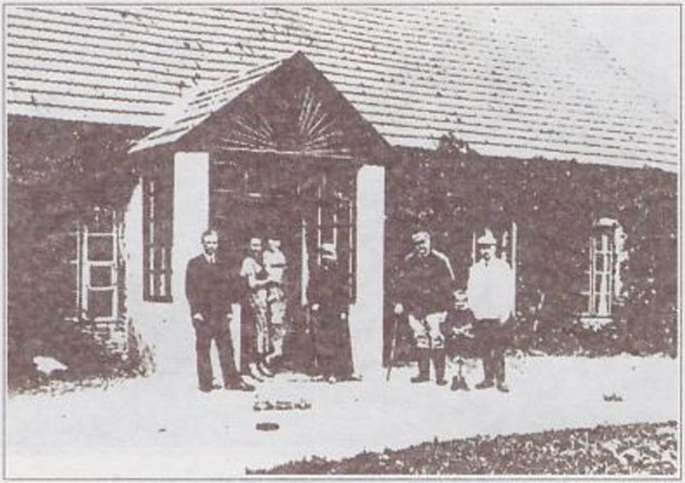 Litvinki. Main facade of the farmstead house. Photo of 1937.