SMALL BITTERN OF IXOBRYCHUS MINUTUS (LINNAEUS, 1766) OF CHAPLYA-LAZYANIK, ARE SMALL THE BULL 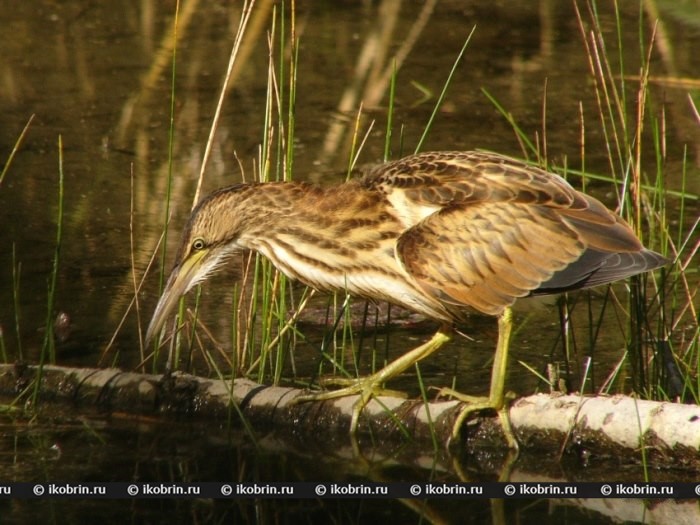 Major factors of threat:
- Drying melioration
- destruction of high coastal vegetation in the course of economic use of reservoirs
- ruin of nests land predators and vranovy birds 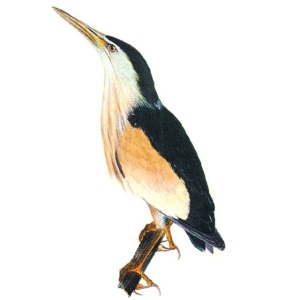 Protection measures:
The look is included in the Red List of Republic of Belarus since 1993. Part of territories, significant for the Belarusian population of a look, have the security status of republican level. Carrying out work on purposeful identification of habitats and to the accounting of birds in country scales is necessary.

Description of a look:
Very small heron. Length of a body is 33-38 cm, the mass of 130-170 g. The head is narrow, a straight line beak, sharp. Wings are wide, a tail short. At a male top of the head and neck, a back, a tail and swing feathers on wings it is brilliant - black, a throat, a breast and the covering wing feathers ocherous. Females and young birds reddish-brown, with numerous pestrina, a body bottom lighter.

Distribution:
The nominative subspecies of I.m.minutus which area passes through all Europe on the North to the latitude of St. Petersburg, Asia and Central Asia, Kazakhstan, the South of Western Siberia live in Belarus, on the South reach northwest India and northern part of Africa. Data on nature of distribution of a look in Belarus are fragmentary. According to the available data, the small bittern meets across all territory, but unevenly. The most part of the Belarusian population nests to Polesia, the smallest number is allegedly characteristic of the Mogilev region.

Biology:
The nesting flying look. Arrives to Belarus in the second half of April - the middle of May and soon starts nesting. The bird leads a reserved life, however in places of nesting she can be observed in the afternoon, flying over water. The spring song of a male - a series from deaf shouts "пумб", or "khoum". In flight let out loud cries "kvor". The nest can be located on the splavena or directly over water in dense thickets of reed, on zaloma of high surface vegetation, and also in forks of bushes at the height up to 1 m and above. Nests in separate couples. In a laying from 4 to 9, but 5-7 white eggs the size on average are more often than 34,5 × 26,2 mm. Both parents alternately 16-20 days, hatching asynchronous Nasizhivat. Baby birds rise by a wing at the age of about one month. Autumn migration takes place in August-September, but the part of birds can be late till October. As the main forage for the sake of appearances serves small fish, water invertebrates, amphibians.