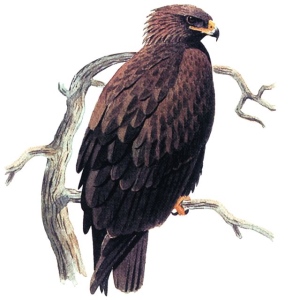 Number and tendency of its change:
Tendencies of change of number of a big podorlik in Belarus are unknown because of weak study of a look in the past. Still in the early nineties big podorlik was considered as as a view with the total number of 20-25 couples, extremely rare on nesting. Now, by results of specially conducted researches, the number of the Belarusian population is estimated at 150-200 couples that makes about 15% of the European population of a look. At the same time 100-150 couples of a big podorlik nest in boggy territories of the Belarusian Polesia. Nesting density in optimum habitats averages 2,7-5,3 couples / 100 on average 4,5 couples / 100 sq.km). In the transformed biotopes (the drained low-lying bogs which are used for mowing or under a pasture) density of nesting of a big podorlik fluctuates from 0 to 1,7 couples / 100 sq.km (on average 1,4 couples / 100 sq.km). Considering scales of melioration which in tens of times reduced the areas of the Polesia low-lying bogs, it is possible to assume that at the beginning of the 20th century look number in the republic was much higher. 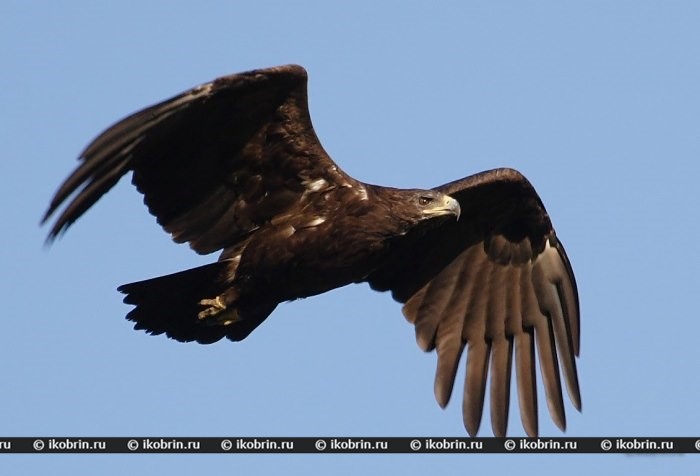 Major factors of threat:
- reduction of the area of low-lying bogs
- drying melioration
- plowing of the drained bogs
- development of floodplains
- illegal shooting
- rejuvenation of the woods
- a tendency to prevalence of monoprepotent pine forests in structure of the woods
- predatoriness of a forest marten
- hybridization with a small podorlik

Protection measures:
The look is included in the Red List of Republic of Belarus since 1981. In Belarus shooting of this look, destruction of nests and gathering eggs is forbidden. Ecologically focused maintaining rural and forestry in habitats of a view with a priority of nature protection interests, creation of security zones around the known nests is necessary. In places where deficiency of the trees suitable for nests is observed, attraction of a big podorlik on nesting with poyomoshchyyu constructions of artificial gnezdoviya will be effective.

Description of a look:
On appearance and behavior it is very similar to a small podorlik. Generally differs from a small podorlik in larger sizes (length of a body of 65-72 cm, wingspan of 155-180 cm, the weight of 1,7-3,2 kg), more massive addition, wide wings with long paramount swing, forming characteristic "rectangular" top of a wing, more dark coloring of the head, covered the top and lower covering, more dim and extended light spots at the basis paramount swing from above. At the sitting bird characteristic signs are a dark eye, the massive "square" head and wide a little careless "trousers". In Belarus cases of reproduction of the mixed couples when one of partners is small podorlik, and to others - big are frequent. Hybrid descendants of these couples possess the mixed phenotypical signs and their definition to "look" is impossible. Young big podorlik have 2nd main morphs which differ in extent of development of light spots on covering covered also with abundance of ocherous tones. Between these morphs there is a number of intermediate options of coloring. Both morph are the general species-specific signs dark-brown tone of plumage of the head, (almost black) with a violet shade, and covering covered necks. Accurate contrast of dark-brown lower covering is characteristic covered with light gray minor swing. Dark strips on minor swing thin, rare and on 5-10 cm do not reach edge of a wing. The red spot (as at young small podorlik) on a nape is absent, however often occipital feathers are a little lighter than other plumage of the head.

Distribution:
The area of a big podorlik covers middle latitudes of Eurasia from the Kaliningrad Region and east part of Poland to Manchuria and the coast of the Pacific Ocean. Now the look nests in Russia, Belarus, Ukraine, Poland, Latvia, Estonia and Moldova. In the second half of the 20th century the look disappeared from many countries and regions where earlier regularly nested: Slovakia, Hungary, Romania, Bulgaria, former Yugoslavia and Israel. In Belarus big podorlik Polesia meets generally in Pripyat, outside this region it is extremely rare. The main places of winterings are in the countries of the Mediterranean and in the Middle East.

Biology:
Nesting flying and tranzitno the migrating look. In the south of Belarus appears in places of nesting in the 2nd - the 3rd decade of March (the earliest date of an arrival - on March 9), in the north a bit later. Mass flight takes place within the 3rd decade of March - the 1st decade of April. Builds nests itself or occupies old nests of the buzzard, a teterevyatnik, a black stork. Places them in close proximity to hunting grounds on an alder, a birch, a pine, an oak or a fir-tree. The laying appears in the middle of April - the beginning of May, as a rule, from 2 eggs with sizes on average 68,1 × 54,4 mm. Nasizhivaniye lasts 42-44 days. Baby birds hatch at the beginning - the middle of June. In the presence in a nest of 2 baby birds one of them usually perishes within the first week of life. Sletki is abandoned by nests at the end of July - the first half of August. The basis of food is made by mouse-like rodents, wetland birds, reptiles and amphibians. Mass flying away takes place in the 3rd decade of September - the 1st decade of October.