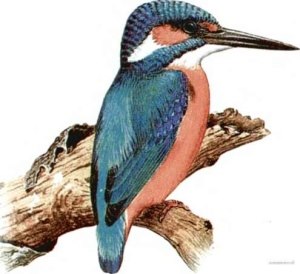 Short description. Slightly more largely than a sparrow, with rather big and powerful beak and a short tail. Length of a body is 16 — 18 cm, wingspan of 24 — 29 cm, mass of 27 — 38 g. Top of a bird bright it is brilliant - blue (on the sun with greenish outflow), sides of the head and a bottom of a body rusty and red, a throat ocherous-white. A beak dark (at females to a podklyuvya red), legs red. Plumage of young birds more dim, without gloss, a leg of brown color.
Distribution. In Belarus dwelling of two subspecies is revealed. The area of distribution - nominative subspecies of A.a.atthis covers the southern and east part of Europe, reaching Arabian Peninsula (in Belarus occupies southeast part of the territory), the subspecies of A.a.ispida are widespread on the most part of Europe, except for its northern regions (in Belarus probably in the western and northern parts). Winter mainly in the southern part of a nested area, and also in the Mediterranean, northern part of Africa, on reservoirs of Asia Minor and the Middle East, in India and Pakistan.

Habitats. Inhabits various reservoirs, giving preference to the large and average rivers, but settles also on small waterways (small rivers, canals), and also on lakes and reservoirs. One of necessary conditions is existence of the steep coast covered with wood and shrubby vegetation.
Biology. The look nesting flying, tranzitno migrating and wintering in insignificant quantities. On places of nesting appears in the first of April. Shezda arranges in holes which he digs in coastal breaks. Sometimes does it at considerable distance from a reservoir (to 1 km) in sandpits, holes. Occasionally for digging of holes uses large vyvorotn of trees in the depth of the wood, and also nests in hollows of trees, openings in walls, etc. shelters. 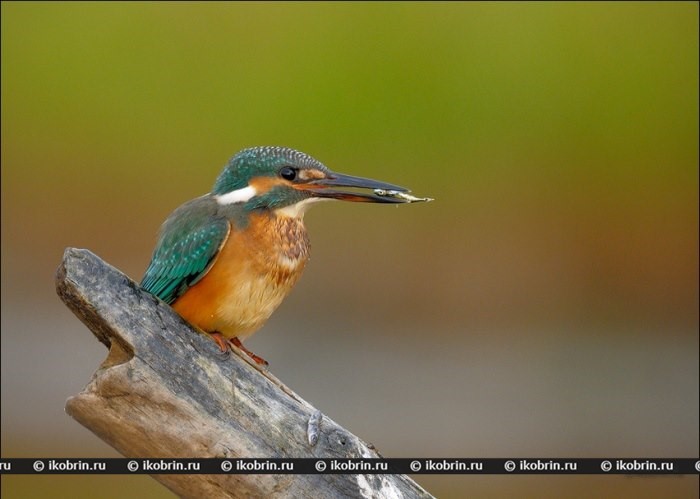 Holes usually settle down at the height of 1 — 2 m over water, (sometimes above), occasionally not over water. The hole horizontal or with small rise 35 — 100 cm long with round or slightly oval opening with a diameter of 5 — 6 cm, comes to an end with the expanded nested chamber about 20 cm wide, 14 — 16 cm high. The nested period is strongly extended. Fresh layings appear from April to July. Layings contain 5 — 9 purely white roundish eggs, their average sizes of 21,8 x 18,4 mm. Nasizhivaniye lasts 19 — 20 days. Baby birds hatch within 1 — 2 days and take off from a nest at the age of 24 — 26 days. In a year there can be 3 broods. At halcyons polygamy cases when 1 male at the same time participates in a nasizhivaniye of eggs and bringing up of baby birds in holes of 2 various females are observed. The halcyon mainly small eats (length no more than 60 mm) fish, catches water bugs and frogs less often. Flying away begins in September and drags on to the second half of October. Part of birds it is necessary to winter on nonfreezing reservoirs.

Number and tendencies of its change. As in the past [1], and now [2] is characterized as not numerous, places the rare nesting species. Modern number in Belarus is estimated at 3000 — 6000 steam [2]. In optimum habitats (the Bug River, Isloch, Neman, Sozh) density of nesting makes from 0,3 to 2 couples by 1 of km of the course.

Major factors of threat. A flattening of the rivers as a result of hydromeliorative activity, cutting down dreves-but - shrubby vegetation on coast of the rivers; recreational development of reservoirs, leading, including, to destruction of coastal breaks probably also pollution of reservoirs oil products, etc. pollutants.
Protection measures. The look is included in the Red List of Republic of Belarus since 1981. Possibly, without needing special measures of protection, demands preservation in natural state of the coastal and water ecosystems including sites of river courses with steep coast. In the long term the device of artificial breaks with holes can appear actual that is already applied in a number of the European countries.