Number and tendency of its change:
It is estimated at 500-800 couples, some increase in number in the 1980th years is noted. 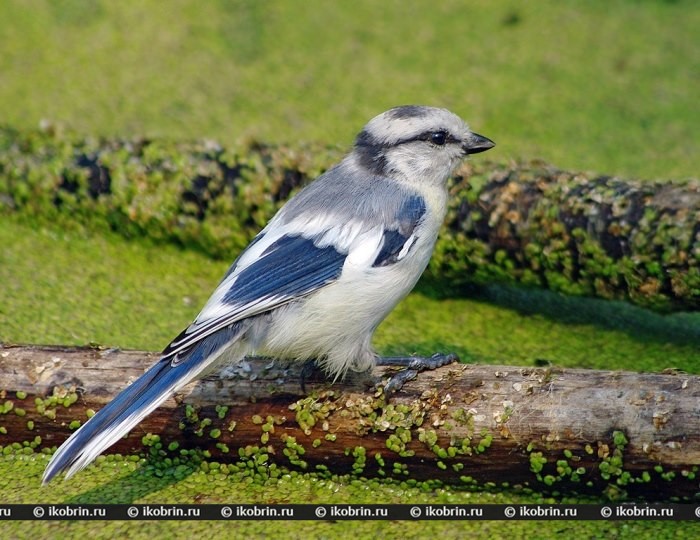 Major factors of threat:
- development and economic use of floodplains of the rivers
- melioration of the deciduous boggy woods
- non-compliance with the security modes in the protected territories 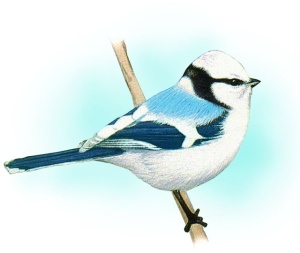 Description of a look:
Protection measures:
It is included in the Red List of Republic of Belarus since 1981. Restriction of intensive economic activity in floodplains of the Polesia rivers, first of all silvicultural activity when carrying out planned forest managements and forest certification in the inundated woods.

The small bird, length of a body is 13-14 cm, the mass of 10-12 g. Sexual dimorphism is not expressed. Coloring of a back bluish-gray, wings and a tail brownish-blue, from a beak to eyes takes place a blue strip. Bottom of a body and head white.

Distribution:
The area stretches a narrow strip across the Central Eurasia for the East to Priamurye and the coast of the Sea of Japan, and in the West is limited to the territory of Belarus. The groups isolated from the main area in Belarus and Finland. In Belarus the stable group is dated for floodplains of Pripyat and its inflows, single meetings during the nested period in Drogichinsky, Zhabinkovsky and Kobrin districts are celebrated. The most northern find in May, 2001 in Borisovsky district on border with the Berezinsky biospheric reserve.

Biology:
Settled and in winter time partially wandering look. In March birds meet in couples and small groups on 5-7 individuals. Nests in single couples in hollows and cracks olkh and oaks at the height of 1,5-2,5 m, sometimes in emptiness in single uninhabited structures. Construction material of a nest - a moss, a willow bass, wool, a tray is covered by soft hair of small animals. In a laying usually happens 10-11, sometimes 5-8 white, to light brown spots of eggs the sizes 16,5 - 12,0 mm. Removes posterity, perhaps, 2 times a year. Nasizhivayet a female within 13-14 days. Baby birds are capable to flight in 13-14 days. It is fed with various insects, on trunks and in krone of trees.