Number and tendency of its change:
Small or rare species in an area. In a forest zone decrease in number in the 1970th was shown in Germany, in the 1980th in Poland, in the late nineties - in southwest part of Belarus. 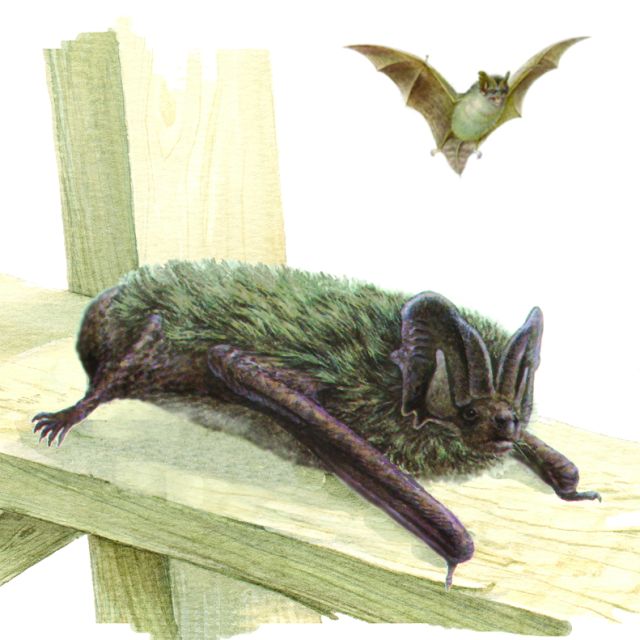 It is included in the Red List of Belarus since 1993. In 2000 in the Brest district the wildlife area of "Barbastell" for preservation of the most numerous zimovalny group having the all-European value is created. Recommendations about preservation of winterings in National park "Bialowieza Forest" are developed and introduced. The hunting legislation provided compensation of damage for each illegally got individual of 3 basic sizes (Situation, 1997). Biological ways of improvement of winterings and places of maternal colonies are developed and partially approved. Full inviolability of places of congestions of small animals in May-June and in places of winterings in November-March, preservation or a reconstruction of wood corridors between the island and continuous woods, purposeful arrangement of wooden buildings (lodges of the forester, a feedstuff store, pasechny lodges) in the woods, the stone low-used rooms is necessary (warehouses, fortifications, cellars of temples, cellars). Promoting of knowledge.

Major factors of threat:
- reduction of number of shelters near forests and large zimovalny rooms
- the competition for them from other species of mammals and birds
- high level of concern in anthropogenous habitats
- biological instability of the groups living on border of a specific area
- territorial dissociation of favorable summer and zimovalny habitats
- extreme meteorological situations in the winter
- concern and physical destruction of individuals on ignorance in places of group congestions
- loss of traditional places of reproduction and winterings in connection with new architectural traditions and natural destruction of old constructions 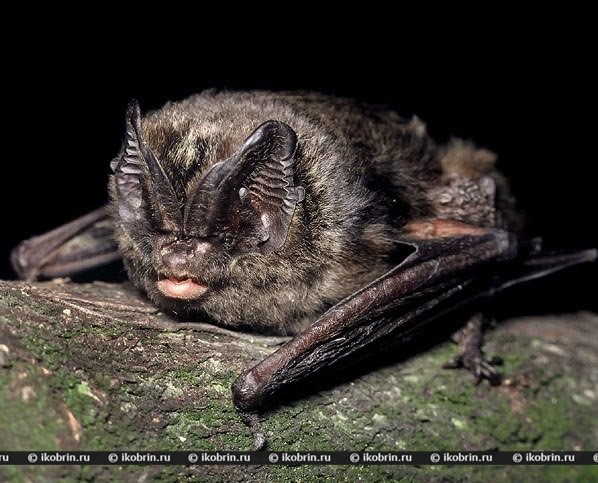 Description of a look:
Length of a body is 45-58 mm, a tail of 38-52 mm, an ear of 11,8-18 mm, a forearm of 36-43 mm, wingspan of 260-300 mm, mass of 6-15 g. Ears are wide, in the basis meet together. On their rear edges there are pretopmost dredging and well expressed blades. Height of an ear is not much more its width. The top party of an interfemoral membrane to a half of length of a tail is covered with hair. Dark indumentum of a back, at part of individuals of the termination of hairs silvery and gray-haired, a paunch - gray-brown. Flying membrane, ears and muzzle almost black. Muzzle short and stupid, bulldog's type. Wings long and narrow. The spur has to epibly.

Distribution:
The area is almost completely located in Europe, meets also on the North African coast and in the southern Prikaspiya. Belarus is on northeast border of an area. Finds only in southwest part of the country from border districts Brest (Kamenetsky and Pruzhansky, the 1950-60th) and Grodno (Svislochsky, the 1950-60th) are known to the Region and Grodno (the 1950-60th), from National park "Bialowieza Forest" (1918, 1950-60, the 1990th g), the vicinities Brest (the 1990th). Purposeful searches in 1996-2002 did not make success in other districts of the Grodno and Brest Region. Winterings are established in the Brest, Kamenetsky, Pruzhansky, Svislochsky and Grodno districts. Meetings of maternal colonies and a find of young individuals are established in the 1950th years in Kamenetsky, in the 1990th years in the Brest, Kamenetsky and Pruzhansky districts.

Biology:
The rare, locally migrating, wintering look. In summer shelters - hollows of trees, artificial gnezdovyakh, and in secluded places of economic constructions of a shirokoushka appear at the end of April. Keep in them one by one, or small groups. In May-June pregnant females are grouped in maternal colonies till 4-30 of females behind platbands, an external upholstery, in cracks and cavities of walls of wooden buildings, occasionally - in fortifications, near massifs of wood and shrubby vegetation. Males keep one by one or small groups, on day's rest usually settle under the exfoliated bark of trees. Childbirth in June-July, females gives birth to 1-2 cubs. Pairing in August-September and during wintering. Maternal colonies and single males are inclined to change often places of day's rests, but within certain sites. Live till 22 years. Places of winterings - crude dark rooms with a cave microclimate (positive temperatures and high (80% and above) relative humidity of air). In favorable places of wintering about several hundred individuals accumulate at the same time. Are inclined to fly from one shelter in another in a radius of 5 kilometers and more in the winter. In Belarus 7 mass winterings of a look are known. Open spaces are avoided, preferring to hunt among trees and in kroner. Over a water surface fly seldom. Individual fodder site small, about 8 hectares. The diet is various. Moths, etc. insects enter it.