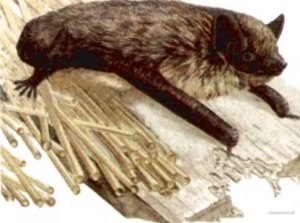 Distribution. Transpalaearctic look. The area is extensive: from British to the Japanese islands; from Scandinavian to the Balkan Peninsula; from Arctic Circle in Asia to the Korean peninsula. The area of vyvodkovy areas is more limited, in Europe two vyvodkovy areas are expressed: flat and Baltic and Alpine and Carpathian. At geographic latitude of Bialowieza Forest, apparently, there passes the southern border of the flat Baltic vyvodkovy region. Dwelling of island groups northern a leather jacket and in more southern strip of Belarus in forest districts where island fir-tree and fir-tree and broad-leaved massifs are presented is not excluded. 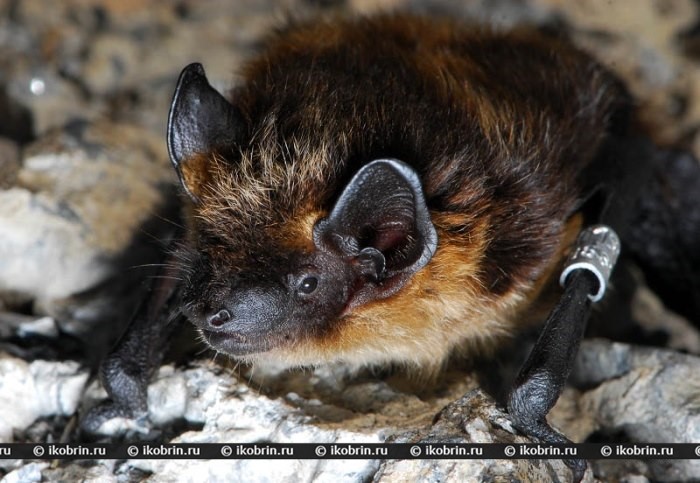 In 1947, 1952, 1956 — 61 single individuals are marked out in Bialowieza Forest [1, 2]; in 1934 in the Berezinsky reserve (Lepelsky district) [3], in 1949 in the Dokshitsky district [4]. Reproduction is registered in 1956 — 61 in Bialowieza Forest [1]. In 1984 and in 1996 — 2002 single individuals are marked annually out during the migratory and winter periods in the Brest district [5]. In 1998 — 2002 single individuals are considered by method of ultrasonic detection in Braslavskom [6], Ivatsevichsky and Maloritsky districts [7]. In 2000 — 02 regular reproduction is established only in the Kamenetsky district [8].
Habitats. Winters in underground rooms of old fortifications. In the spring and it is found in external and internal cracks of different constructions of the person in the fall. Occurs as among continuous forests with a small amount of open spaces, and in districts with the rarefied sites of the wood, the developed hydraulic network, usually near agrarian landscapes.

Biology. The species very rare breeding, migrating and wintering. In May — June pregnant females form maternal colonies (on 3 — 15 females) in vertical cracks and cavities of external parts of wooden buildings. Males during this period keep one by one: in buildings, nesting boxes, hollows of trees. In June — July the female gives birth to 1 — 2 cubs. Pairing at the end of summer. Are inclined to form the mixed colonies with relatives in size or smaller types: nochnitsa, netopyryam. In October — November move to places of winterings. In the southwest of the country cross-border migrations are noted. Winter in the cool shaded rooms, usually in stone vaults. On wintering are capable to transfer negative temperatures and low humidity of air (60% and below).
Consecutive removability of fodder biotopes during the summer is expressed: reservoirs, wood, fields, meadows, settlements of the person. Radius of scatterings on night feeding can reach 20 — 30 km. To places of feeding flies in the shortest way. Flight is fast, on open places often maneuvers. It is capable to be fed during a rain, at windy cold weather. Feeding continues for all night. The basis of a diet is made by moths, dipterous and some species of bugs. Individual fodder sites are usually not expressed. The age limit makes 15,5 years. Among enemies northern the leather jacket in the conditions of Belarus is known gray neyasyt. In Belarus rather high degree of contamination is noted by endoparasites.

Number and tendencies of its change. Number remains low, in the southwest of the country the tendency of increase in number of meetings during the migratory and winter periods is noted.

Major factors of threat. Biological instability of populations on borders of a vyvodkovy area. Kserofitization of agroforest and forest landscapes. The probable competition from a late kozhan and the red night-school student. Decrease in quantity of shelters in natural and anthropogenous habitats during the migratory period and on winterings. A lack of favorable places for formation of maternity colonies, the high level of concern on winterings and in places of summer dwelling.

Protection measures. According to the Provision on hunting for illegal destruction the penalty is provided of 3 basic sizes for one individual (Situation, 1997). Summer habitats of maternity colonies remain in National park "Bialowieza Forest". Ensuring full inviolability of biotopes of the maternity colonies revealed in constructions of the person is necessary. Providing stable conditions (temperature of 1 — 5 °C, relative humidity of air of 60 — 90%, full blackout, minimization of noise and vibrations) in places of winterings of the revealed single individuals is necessary. Specialized biotechnical actions and the approval of the official nature protection status in places of winterings where 3 and more individuals at the same time are revealed. Complex actions for increase of woodiness and preservation of natural structure of the woods in floodplain (nadpoymenno-terrace) zones of the rivers and lakes which are directly adjoining settlements.