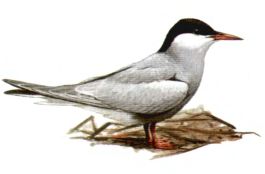 Short description. Slightly more largely than black and white-winged morwennols, more longipennate. Length of a body is 23 — 28 cm, wingspan of 65 — 78 cm, mass of 79 — 94 g. In a marriage dress differs from them in the white cheeks and chins which are sharply contrasting with black "hat" and a dark gray breast. In general coloring reminds river morwennols of the sort Sterna, but is much more dark. A tail typical for marsh morwennols, with superficial cutting. Beak and legs red. Flight is easy, as at other marsh morwennols.

Distribution. The area of subspecies of Ch.h.hybridus is located by Shezdova in steppe, Mediterranean and moderately continental zone of the Southern and Eastern Europe, the central and southern parts of Asia. Distribution within an area fragmented, and location of colonies not constant, and changes depending on suitability of nested habitats from year to year. In the territory of Belarus it is widespread mainly in floodplains of the rivers of Polesia. The main places of winterings are in east part of Africa, in Iran, Iraq, Pakistan, and also in the delta of Nile. 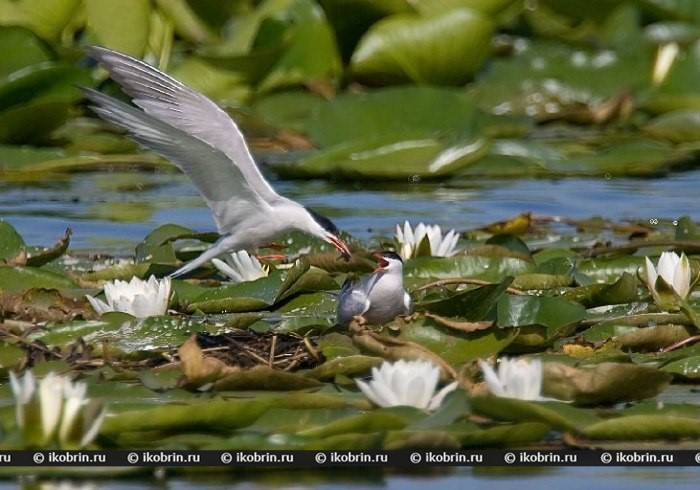 Biology. Nesting flying and tranzitno the migrating look. Appears in places of nesting at the end of April. Diffuzno the nesting facultative and colonial look. Nest as monospecific colonies, and together with lake and small seagulls, river, black and white-winged morwennols. The size of colonies varies from several birds to several hundred couples, in some cases — up to one thousand couples; in Belarus — from 5 to 100 couples. Colonies settle down on the reservoirs which grew with water vegetation. Nests are arranged on splavina, floating vegetation. In a full laying usually 3 (from 1 to 5) eggs, greenish with dark pestrina, the sizes on average 38,3 x 28,1 mm. Color and a form of eggs quite often vary even in one nest. Because of frequent death of nests very extended period of an otkladka of eggs is characteristic. Nasizhivat both birds within 18 — 20 days. Eat insects and their larvae, small fish, frogs, tadpoles. Flying away takes place at the end of July — the beginning of August.

Number and tendencies of its change. For the first time on nesting in Belarus it is noted in 1987 [1]. In the next years some more colonial settlements are revealed. Now number is estimated at 200 — 600 steam [2]. Emergence of a look on nesting in Belarus coincides with moving of a look, proikhodyashchy in the territory of Ukraine from 1970th years as a result of flooding of the riverbed of Dnieper and formation of the cascade of reservoirs [3, 4].

Major factors of threat. The greatest negative impact on existence of colonies is made by abiotic factors: water level change (drying of temporary reservoirs), strong winds, long bad weather. Quite often birds throw nests because of concern people or as a result of ruin by vranovy birds.

Protection measures. Specially were not accepted. During nesting of birds restriction of visit by people and a cattle pasture in places of regular localization of colonies on sites of inundated meadows with shallow temporary floods and staritsa is necessary.