Number and tendency of its change:
Number is low, in Poozerye - average. 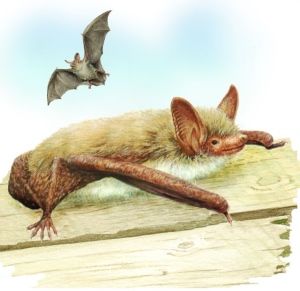 It is included in the Red List of Belarus since 1993. According to the provision on hunting for illegal destruction the penalty is provided of 3 basic sizes for one individual. Habitats of the breeding group remain in the Vygonoshchansky hydrological wildlife area in the Brest Region. Preservation of biotopes of the migrating and wintering individuals is carried out in the biological wildlife area of "Barbastell" in the Brest district. Preservations of places of detection of vyvodkovy and zimovochny colonies are necessary. Carrying out special biotechnical events (isolation of maternity biotopes from domestic cats, stone and forest martens, blue rock pigeons and daws), technical actions for maintenance of stable conditions (temperature of 2-6 °C, relative humidity of air of 80-100%, full blackout, minimizing noise, vibrations) in the known places of winterings is necessary.

Major factors of threat:
- decrease in quantity of optimum shelters of maternal colonies
- biological instability of the insulyarizovanny breeding groups
- anthropogenous a preobrazovniya of landscapes in estuarial zones of the average and small rivers
- probable competition for summer shelters to other species of mammals and birds 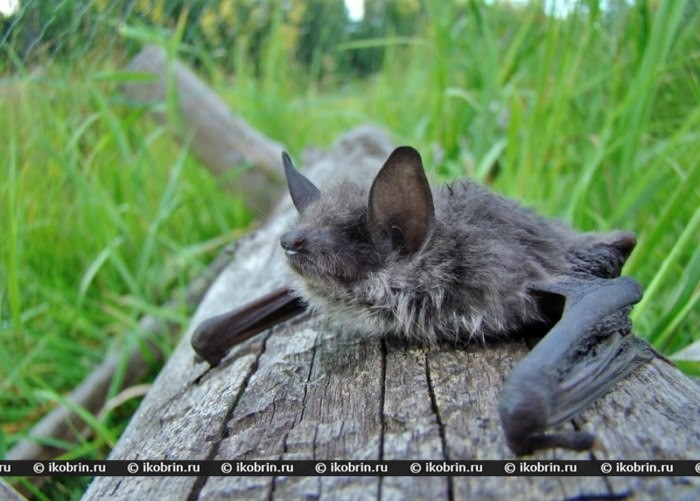 Description of a look:
Length of a body of a nochnitsa of 57-68 mm, tail of 43-53 mm, ear of 14-17 mm, forearms of 43-50 mm, mass of 11-22 g. Coloring of a back brown or brown with a gray shade, a paunch light gray. All hairs two-color, their bases black-brown, and tips - light brown (on a back) and white (on a paunch). Wings are rather wide, gray-brown color. Ear of average size. The Krylovy membrane grows to the basis of a foot and does not fall by the middle or lower part of a foot, as at other our nochnitsa. The pad is large. Spur direct and very long. The basis of inside of Krylova of a membrane has the developed pilosis.

Distribution:
Meets in the central and east part of Europe and in the south of Western Siberia from northeast France, Belgium and the Netherlands in the West to Yenisei in the east. Distribution on the South is limited 49o, and on the North - 63o a northern latitude. Distribution of the breeding groups has focal character. Finds of maternal colonies are extremely rare. In Belarus single finds of single individuals during the summer period have on central (vicinities of Grodno; 1929) and northeast speak rapidly the countries: territory of the Berezinsky reserve (1939 and 1945), Shumilinsky district of the Vitebsk Region (1969) . Reproduction (finds of a maternal colony, capture of a young individual, capture of 3 pregnant females) are established respectively: in June, 1973 in of Lozhani of Gorodoksky district of the Vitebsk Region; in August, 2000 on the bank of the Western Bug in vicinities of Brest; in June, 2003 in vicinities of the lake of Vygonoshchanskoye of the Brest Region. During the migratory period in the fall and in the spring 14 copies in the Brest district in 1996-2002 were caught. Winterings of single copies annually were registered in 1998-2002 in vicinities Brest. In 1999-2001 are revealed by method of ultrasonic detection in the Brest, Ivatsevichsky, Braslavsky, Miorsky and Lepelsky districts.

Biology:
In June females give birth to one, is exclusively rare - two cubs. Maternal colonies live on attics of buildings. Males keep one by one or small groups in constructions of the person, bird's lodges, occasionally - in hollows. Favourite places of feeding: big sites of standing or slowly fluid water. Flight takes place at the height of 0,1-1 m from a water surface. Fly usually directly and quickly along one route to 5-12 km and come back in the same way. Adhere to linear elements of a landscape. Production grab in air or from a water surface. Quite often fall by water, float and bathe. Eat mosquitoes, caddis flies, etc. insects. The part of individuals leads a settled life, being arranged on wintering near summer habitats. The part of population makes distant (to 300 and more than a km) migrations from places of summer dwelling on wintering and back which pass in the fall and in the spring. Winter one by one, sometimes in the close neighbourhood with individuals of other species of wing-handed animals. Zimovalny shelters are found in basement, completely dark rooms of serf casemates. Live till 16 and more years.