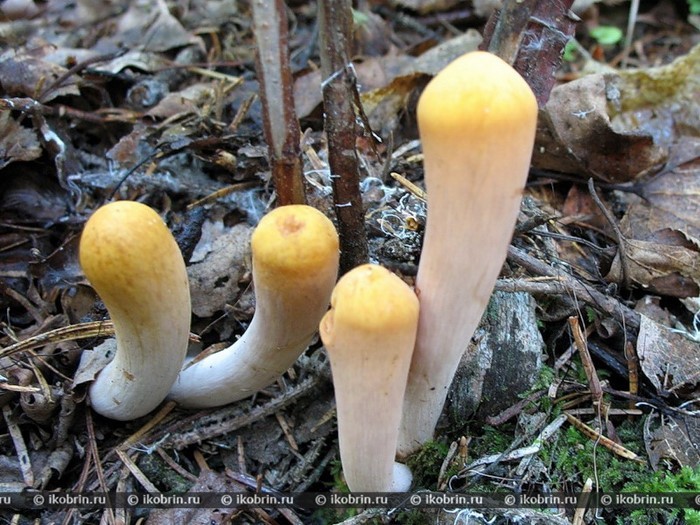 International importance:
It is included in the Red List of Belarus of the 2nd edition (1993). It is protected in Poland.

Description:
Fruit bodies with a golden-yellow or orange-yellow gimenialny sphere, 4-6 cm high, with a diameter up to 2,5 cm. A leg whitish or yellowish, cylindrical, often flattened, at the basis usually with tuberiform swelling, smooth. The top part (sporiferous) is expanded like a comb, folded and wavy, is separated from a leg. The pulp is thin, with a pleasant mushroom smell. Aski club-shaped, 8-sporous. Disputes threadlike or acerate, are up expanded, 45-70 2-3 microns in size.

Habitats:
Grows on a laying in fir groves and the fir-tree and broad-leaved woods.

Number and tendency of its change:
Fruit bodies meet separately or small groups.

Major factors of threat:
Defining – anthropogenous: consolidation and pollution of the soil, deforestation, collecting and injury of fruit bodies.

Protection measures:
Audit of location of a look in Bialowieza Forest, control of a condition of the known population in Osipovichsky district for the purpose of the prevention of change of the ecological mode in places of growth, identification of new places of growth and their protection, a ban of collecting fruit bodies are necessary.