The Dnieper and Bugsky channel (earlier — the Royal channel) — the ship canal in the territory of Polesia constructed during the period from 1775 to 1783. Connects the rivers of the Pin (inflow of Pripyat; basin of Dnieper) and Mukhavets (inflow of the Western Bug; basin of Vistula). Total length is 244 km.

For the first time the idea of construction of the ship canal connecting the basins of Pripyat and Bug was for the first time voiced on diet in 1655 by the crown chancellor of the Polish-Lithuanian Commonwealth Yury Ossolinsky.

Works on a construction of the channel began in 1775 during rule of the last king of the Polish-Lithuanian Commonwealth Stanislav Augustus Ponyatovsky. In the spring of 1784 at the initiative of Mateusz Butrimovich vessels, loaded smoked fish, honey, wax and other local goods, for the first time went on the channel from Pinsk to Warsaw and further to Gdansk. In September of the same year construction of the channel was visited by the king who officially opened navigation on the channel, having floated on it with suite in 40 people on the vessel hollowed from one oak trunk. The king spent four days in the town of Gorodets near Kobrin — since then the channel began to be called precisely Royal.

At the end of the century the general crisis of the Polish-Lithuanian Commonwealth actually ruined business of construction of the channel which was resumed only in 1837 by already Russian authorities. The main works were carried out during the period from 1846 to 1848. Width on a bottom of a way was brought to 14 m, and the maximum draft of vessels made 70 cm.

In XIX and the beginning of the 20th century the channel had for the Russian Empire a strategic importance as was the only ship canal — the internal waterway connecting Baltic and Black exhausting. In particular, in 1886 and 1890 on a tow of the wheel steamship and forces of barge haulers on it from the place of construction to Sevastopol were transferred to Elbinge five torpedo boats with the displacement from 89 to 164 t, one of the first in structure of the Black Sea fleet.

In 1919 the territory of the channel appeared as a part of the second Polish-Lithuanian Commonwealth. The Polish authorities, realizing the importance of the channel, began its systematic reconstruction. During the period from 1929 to 1939 it is constructed two the next to Pinsk of a lock (Duboy and Pererub).

During operation on accession of the Western Belarus to the USSR the channel became is in the territory of the USSR. The Soviet government assigned to the channel still a big part. Restoration of the Dnieper and Bugsky waterway was entrusted to the National commissariat of river fleet of the USSR. In 7 months (from December, 1939 to July, 1940) design and the main construction of eight water-engineering systems is carried out, the reduced waterway extent on 12 km the new route of the Benefit channel — Kobrin is laid. In August, 1940 navigation on the channel was resumed.

In June, 1941 the channel was captured by parts of Wehrmacht. Active use of the channel by the occupational power began. So, according to Head department of Red Army, for 1942 on the channel 200 thousand tons of freights were transported. However in the spring of 1943 guerrillas blew up locks and by that the channel was put out of action.

After liberation of Belarus began active to restoration of the channel. The main repair work took place during the period from September, 1944 to July, 1945. In 1945 navigation was restored.

According to the European agreement on the most important internal waterways of the international value of January 19, 1996 the channel is part of the main Dnieper and Vislyansky waterway of E-40 (Gdansk — Warsaw — Brest — Pinsk — Mazyr — Kiev — Kherson). By means of the channel water communication of basins of the Baltic and Black seas is theoretically possible. Nevertheless, through navigation on this waterway is still impossible because the site from Brest to Warsaw on the river the Western Bug is not navigable and also because the river Mukhavets is partitioned in Brest by a deaf dam. 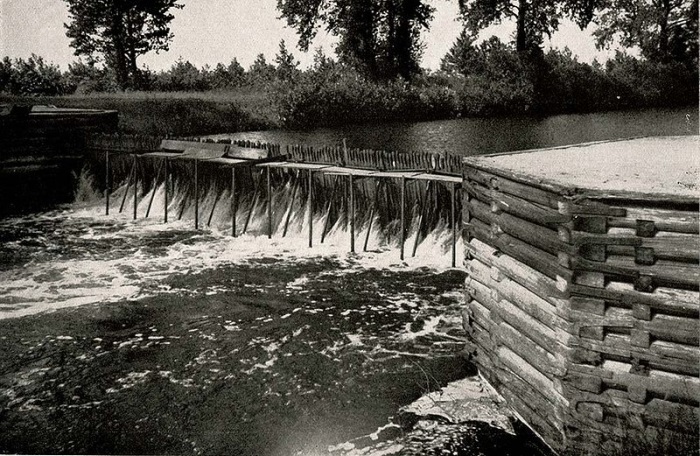 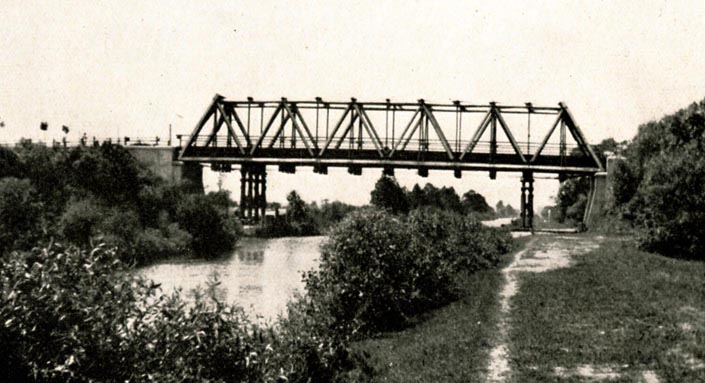 The channel about the village Clay, 1941 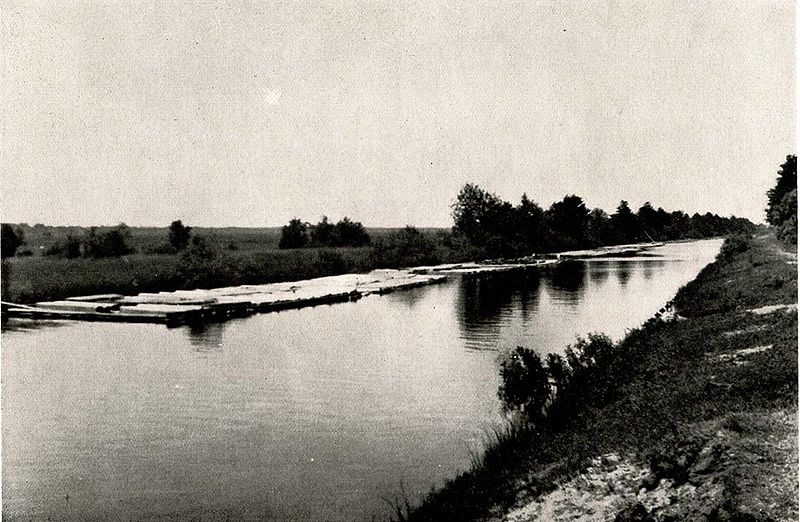 The Dnieper and Bugsky channel in 1941 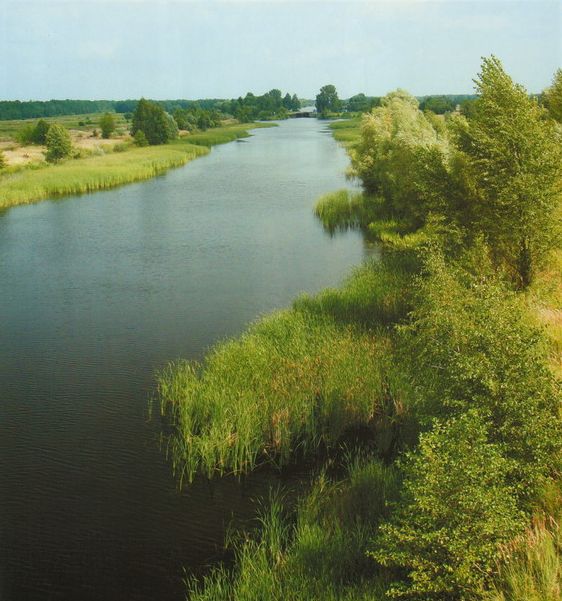