Articles about Kobrin: As a part of the Russian Empire

The name is outcast

Life history Romualda Traugutta is unfairly forgotten by Belarusians. However the destiny of this person is inseparably linked with our country. 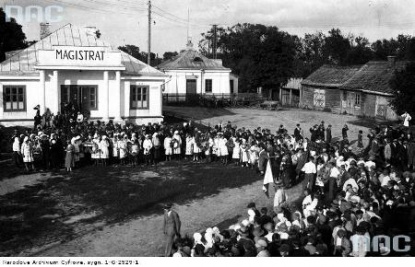 In the late eighties on pages of the Brest regional newspaper "Zarya" the teacher of the Brest teacher's college V. Kolesnik proposed return of one of streets of Kobrin of Romuald Traugutt. Then official bodies hurried to assure the public that soon such street in the city to appear.

… There passed more than 20 years, but the street in honor of the hero of revolt of 1863 in Kobrin and appeared. The historical paradox is also that the street of the same name existing in Kobrin after September, 1939 was renamed by Bolsheviks and till today bears a name of Alexander Suvorov who drowned in blood revolt of 1794 in Belarus. 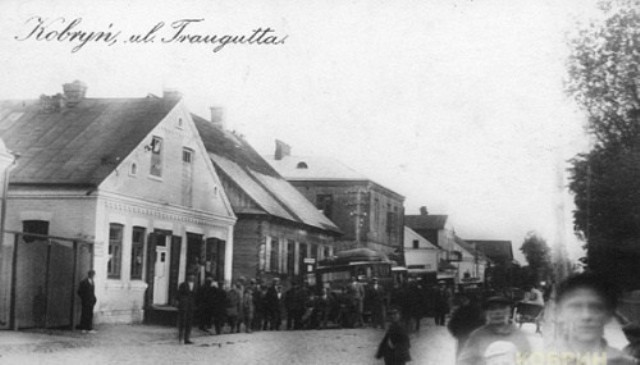 So, whom was our unfairly forgotten fellow countryman Romuald Traugutt?

Rod Trauguttov comes from Saxony. It is known that the grandfather of future insurgent Yaqub was the infantry captain, participated in revolt of 1794 and even received a personal official message of thanks from Tadeush Kosciusko. The father Romualda Ludvig was a nobleman, rented Shostakovo's manor (nowadays Kamenetsky area, the Brest region). Mother Heloise came from Blotsky' family. The family possessed a manor of the Bog (Blot) in Kobrin district. 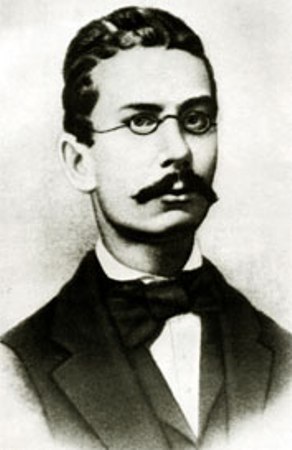 Romuald Traugutt was born in December, 1825 in Shostakovo. In three years after the birth of the boy his mother dies. In 1828 the father gets a folvarok White, near Berezy-Kartuzsky and together with relatives moves to the new residence. Here in Bela R.Traugutt got a house education and came for study to a gymnasium in Svislochi.

Future participant of revolt of 1863-1864 served in the Russian imperial army in the second lieutenant's rank. In Warsaw he married the jeweller's daughter Anna Pikel. In 1853 Traugutt participates in the Crimean war. On June 26, 1857 it is made in shtabs-captains and appointed the aide-de-camp of a staff of army. After that transfer to St. Petersburg to the case of military engineers follows.
Romuald Traugutt

In 1860 the wife, the younger daughter and the younger son Romualda died. On June 14, 1862 Traugutt retired in the lieutenant colonel's rank. Having returned home, he meets Antonina Kosciusko, the grandniece of the head of revolt of 1794 and marries her.

Met Traugutt's revolt which began in 1863 without special enthusiasm. But when military operations captured the Kobrin County, the private doctor Pavlovsky and the nobleman Elert appealed to Traugutt to accept command of risen. As it was difficult for Russian officer Romuald to accept this offer, he recited oath of allegiance to the tsar. 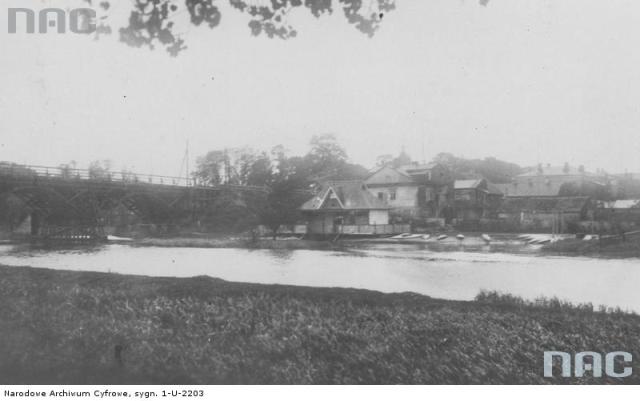 Here that wrote about it itself Traugutt: "I always dreamed of independence of the homeland. Liberation of Poland from domination of Russia – here the true benefit of our country. But I gave to nobody advice to rise. I saw all difficulties of fight without army and arms against the state known for the power. Without seeing a possibility of retreat and hopelessness risen, agreed with their request as considered that the Pole is obliged not to spare himself when others endow everything".

Soon Traugutt was already in the Detkovichsky wood near Antopol. The group of insurgents consisted of a shlyakhta, officials, employees and peasants. Fowling pieces, guns and country braids were the main weapon of insurgents. It should be noted that peasants in large quantities used sharply ground, straightened braids even since revolt of 1794. 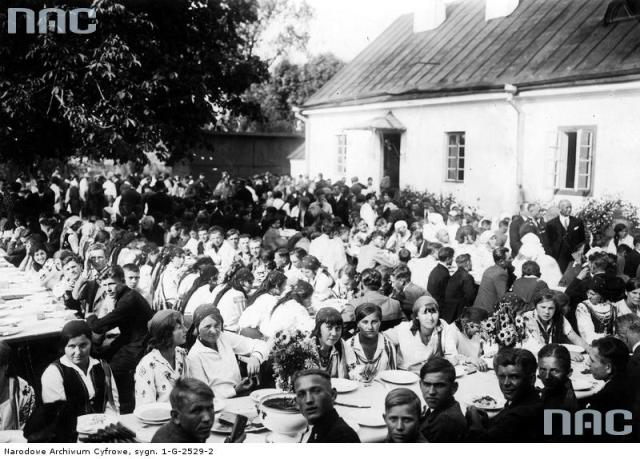 After two weeks of military preparation near Gorky's village (near Antopol) insurgents attacked group of enemy troops. In that fight Russians lost 70 people, insurgents – only one.

Defeat at Gorky's village forced the Russian command to approach the solution of a task of elimination of guerrillas seriously. In the antopolsky woods perfect troops of Russians were sent. Fight was cruel and bloody. Losses of insurgents were terrible, but itself Traugutt survived. Together with it then several tens insurgents escaped. Torn off, hungry, pursued by Cossacks, there were they on the woods and bogs.

Eventually, Traugutt gives the order on dissolution of group, and recommends to the people to make the way one by one in Bialowieza Forest. Itself moves in Lyudvinovo's estate at night near Drogichin whose owner was a landowner Pyotr Ozheshko (the husband of the famous Polish poetess Elisa Ozheshko). 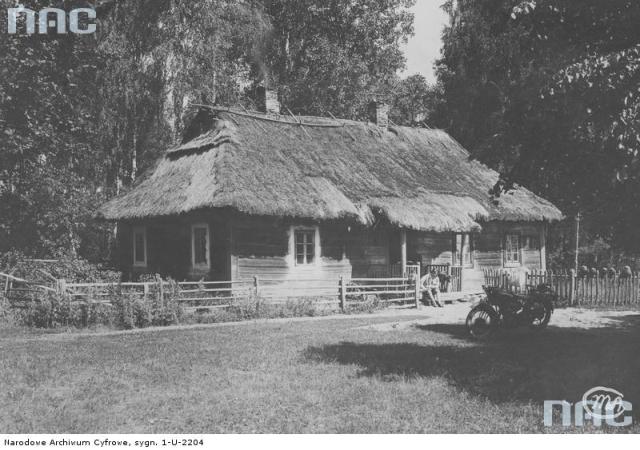 The farm to Polesia, the 1930th years

By the way, subsequently the person who sheltered "the state criminal" will be condemned and banished to the Perm province for several years where will die. Pyotr Ozheshko's manor was confiscated and sold. On this case in particular it was specified in one of archival documents that "the nobleman Ozheshko is guilty of acceptance at himself rebels among whom there was a chief of gang Traugutt".

Romuald in July, 1863 with assistance of Elisa Ozheshko crossed the border of the Kingdom Polish. On August 2, 1863 the national insurgent government gives to Traugutt the rank of the general and confers it powers of the dictator. The newly made general tries to coordinate the actions with Kastusem Kalinovskim (the head of a revolutionary wing of the insurgent organization in Belarus and Lithuania). Insurgents tried "to play" the country card, promising to transfer peasants the earth to the possession. But the emperor Alexander ІІ, having signed the decree on cancellation of a serfdom, "played" the opponents. Peasants received the earth and did not support "shlyakhta".

The result of revolt was predetermined. After suppression of "the Polish intrigue" as imperial officials called revolt of 1863-1864, 40 thousand people were sent from the Northwest region of the Russian Empire, 853 sent for penal servitude, 500 on the settlement, 825 deprived of all rights, 320 sent privates to army, 128 executed. Imperial repressions bypassed also Kobin. Many kobrinchan were banished to Siberia. In the field, near present Krasnoarmeyskaya Street, near Kobrinki's small river there were gallows. On them hung up the caught rebels.

In the night of August 11, 1864 Romuald Traugutt was arrested together with several assistants and imprisoned in casemates of the Warsaw citadel. In prison the general behaved quietly and courageously. The Kobrin nobleman was hung up together with other members of the Polish underground government: Roman Zhulinsky, Rafaê Krayevsky, Yang Езëранским and Józef Tochinsky. The estate Traugutov was burned by imperial troops, and his family moved to the village of Klopotin (nowadays the area of Pionerskaya Street in to Kobrina). Soon, after R. Traugutt's death and ruin of Ostrovya, in Klopotin the village constable with the order of the tsar to take away children from Traugutt's widow and to place them in institution for young ladies in St. Petersburg was. There, say, from them will bring up the "real" citizens. But Anna and Heloise were in advance secretly sent to Warsaw where they grew subsequently and brought up under others names. Widowed Antonina lodged in A. V. Suvorov's estate – "Province". She died in 1906.

Whether it was held in remembrance Romualda Traugutta in Kobrin district? In 1933 the Polish writer Maria Rodzevich took the initiative to establish a monument to R. Traugutt in Gorodtsa that in 15 km. from Kobrin. The monument was open on a central square of the town. But in September, 1939 the monument was destroyed.

In the spring of 1933 in Ostrovye's small village the 70 anniversary of revolt of 1863 was celebrated. From Kobrin there arrived the orchestra of the 83rd infantry regiment of Army Polish of R. Traugutt, school youth, peasants and two living participants of revolt. The memorable sign – a big oak cross and a stone on which words "to Romuald Traugutt – the great son of Polesia" were beaten out was open. In 2003 this monument was restored. To opening there came the descendant R. Traugutta – Andrzej Yushkevich from Warsaw. 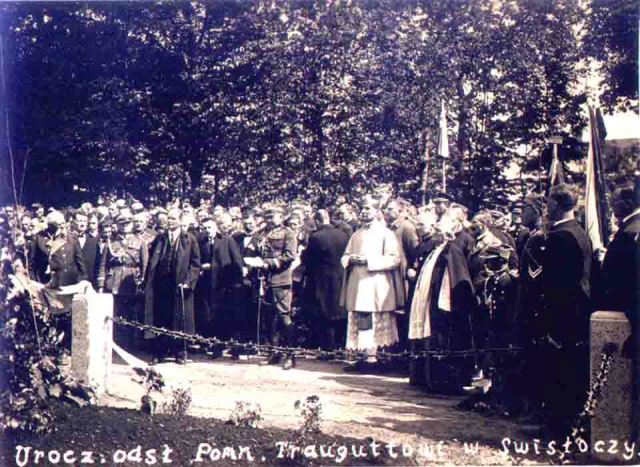 In 1928 on donations of the population the monument to the general Traugutt in the settlement of Svisloch where he once studied was open, but in 1939 it was destroyed by Red Army men. Long time on the place of a monument there was only a pedestal. In 50 years according to archival photos enthusiasts restored a monument. The bronze general looks from a high pedestal at the city of the gymnasia youth again. 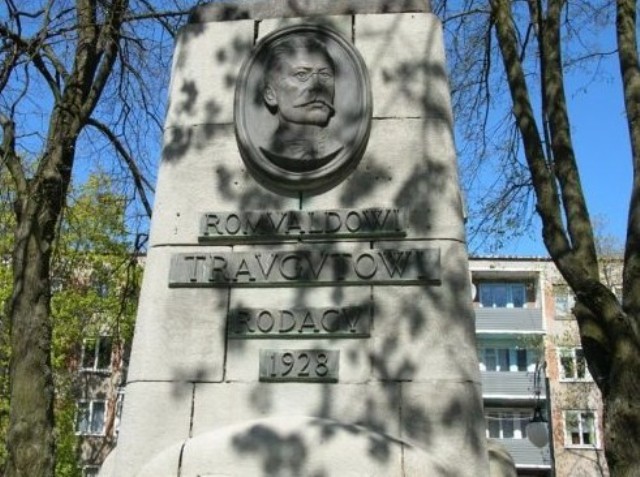 In Kobrin district, near Bukhovichi, there was an estate of a family of Mitrashevsky – Charisma. Exactly there, during revolt Romuald Traugutt swore on fidelity to revolt. 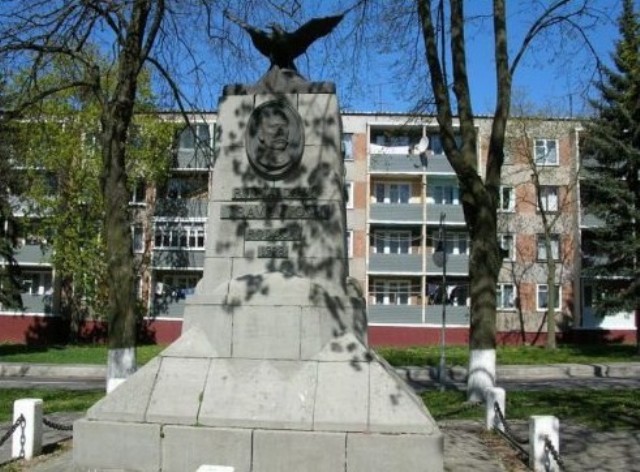 On May 21, 2003 on the place of this farm the local collective farm and PMK-52 established a memorable stone with a memorial board. In September 1939 Mr. Kobrin soldiers of Army Polish of the 83rd regiment of the Polesia shooters of R. Traugutt protected from the tank case of Wehrmacht attacking the city of H_H-go. In 2008 remains of the Polish soldiers were solemnly reburied in Kobrin.

Such is history of the rebellious general, Belarusian nobleman, officer of the Russian imperial army Romuld Traugutt. Sincerely I believe that sometime nevertheless the street in Kobrin will be called by the name of this person, his life was so closely connected with the Belarusian earth.