THE MOST DEMOCRATIC ELECTIONS

Workers of the Peskovsky polling precinct met the election day by big political activity. Already at 4 o'clock in the morning on the polling precinct there were over 100 peasants. The first aged Kuzma Stepanovich Yashchuk, the resident of the village Sand gave the vote for candidates of the Stalin block of communists and non-parties. He declared: — I first of all vote for companion Stalin and I wish him many years of life for our happiness.

Together with Kuzma Stepanovich old men Mikhail Pavlovich Tur and Yemelyan Krus voted. With the wife came to the polling precinct at 4 o'clock in the morning and one of the first the peasant Combative Alexey Vasilyevich and others voted. Before vote the 53-year-old peasant Sokol Dmitry Vasilyevich from the village of Sukhovchitsa acted.

— In 1935 — he says — I was entered into structure of election commission in Polish Sejm. The commission sat at of Yagolki. The landowner Mikitovich was the chairman of the commission. Its all policy was in that as much as possible voters did not vote. Disfranchised, for example, even for the fact that the peasant once in the landowner wood cut down a stick of firewood.

Now the Soviet people freely give the votes for national candidates. Peasants of the Peskovsky Village Council took active part in elections to the Supreme Council of the USSR and unanimously voted for t. t. Krishtafovich and Fedosyuk, the first in the area having finished vote.

REGIONAL MEETING OF THE RURAL ASSET

On June 19, in Kobrin city movie theater, meeting of a rural asset of the area took place. Chairmen and deputies of village councils, agents of Upolminzaga, representatives from a district committee of party and executive committee of regional council of deputies of workers — only more than 200 people took part in work of meeting.

The report on results of carrying out spring sowing in the area and about immediate tasks of peasants was made by the chairman of district executive committee of comrade Shakhmetov...

Already more than three years Pavel Grigoryevich Korenchuk works as the secretary of primary Komsomol organization of the village Magdalene. And not only in the village, but also in all Kiselyovsk the Village Council he to himself managed to gain respect and authority of youth. Clarity of the purpose, persistence in aspiration forward, insistence to himself and the companions, the accuracy and sense of duty — here those main lines which comrade Korenchuk, trying to bring up at Komsomol members, at the same time brings up at himself.

In the spring of this year magdalinsky Komsomol members, by an example of youth of the village of Skurata, decided to install radio in the village. And they did not shelve the decision, and is persistent, consistently put into practice. In May in several houses Magdalene loudspeakers were for the first time established, and now the voice of Moscow is distributed in 26 country log huts.

Big organizational and mass work was carried out by Komsomol members during harvesting and grain-collections. The Kiselevsky Village Council ahead of schedule, among the first in the area implemented the state plan of a hlebosdacha. Peasants finished also implementation of the obligations for milk supply, finish delivery of meat, potatoes and other agricultural products.

There came the time of autumn sowing. And here, in one of fine August days magdalinsky peasants decided to crack old regimes in the village, plowed boundaries that long centuries divided them, and took a new light way, a way of collective work. Collective farm they and called "A new way".

When arose a question, a coma to direct new agricultural artel, collective farmers unanimously told the name of comrade Korenchuk. And they did not make the wrong choice. The twenty-four-year-old chairman of collective farm was not frightened of difficulties. It safely undertook strengthening of public economy. Now the collective farm was entered by all 46 farms of the village of Magdalene. Having socialized the draft force and agricultural stock, members of young agricultural artel collected among themselves seeds and for the first time made sowing collectively, according to all rules of the advanced agrotechnology.

— Good there will be an owner from our Pavlusha — yours faithfully magdalinsky old men speak of the young chairman of collective farm. — To know not for nothing the guy in Komsomol consists — learned something.

The party and the government constantly care for organizational and economic strengthening of collective farm, for hardware of agriculture. Continuously the help of the state to agriculture tractors, combines and other technical means increases. The collective-farm village in wide scales introduces the best achievements of the advanced Soviet science, puts forward all new and new groups of innovators of collective-farm production. All this opens unlimited opportunities for advance, for new, higher rise in agriculture before collective farms. However not all agricultural artels with identical success can use these opportunities. A serious obstacle in further strengthening of many collective farms is their low-power. Life showed that small, small collective farms — and such in our area the majority — cannot develop rather successfully public economy and apply modern machine equipment. It is difficult for them to create large-scale livestock farms, to be engaged in big scales in construction, to provide rapid growth of the public income and increase of material and cultural level of collective farms. At the same time large collective farms, fully using advantages of the high-mechanized socialist agriculture, high rates develop the productive forces, move all branches of public economy forward.

That is why party, Soviet and agricultural bodies of a number of areas and republics focus the collective-farm peasantry on merging of small collective farms in large-scale highly productive diversified agricultures now. Work on integration of small collective farms is begun also in our area. The first results of work of the integrated collective farms — of Lenin of the Zhukhovetsky Village Council, "A red star" of the Strigovsky Village Council and others show advantages of a large-scale enterprise. So, collective farm "Red star" this year one of the first in the area it is high-quality and in time finished spring sowing, orderly conducts a haymaking, it was well prepared for harvesting. In collective farm of Lenin after his merging with collective farm "30 years of October" building of livestock constructions at full speed was developed, the public animal husbandry quickly develops. Integration of collective farm gave the chance to reduce about 600 workdays by the maintenance of administrative-and-management personnel and to release considerable part of working hands for work in field crews and on livestock farms.

By an example of these collective farms collective farms "New life", "the New Dawn" and "A way to communism" of the Strigovsky Village Council and some other united recently. Amalgamation of collective farms — an important and responsible public affair. When carrying out this work it is necessary to consider organizational and economic opportunities of each collective farm to have further an opportunity comprehensively to develop all branches of economy. Special attention needs to be paid on that for the management of collective farms the worthy and skilled people capable in a Bolshevist way were picked up to conduct a large-scale enterprise.

Uniting in large-scale high-performance enterprises, our collective farms will take a new big stride on an economic and cultural reorganization of the village forward. 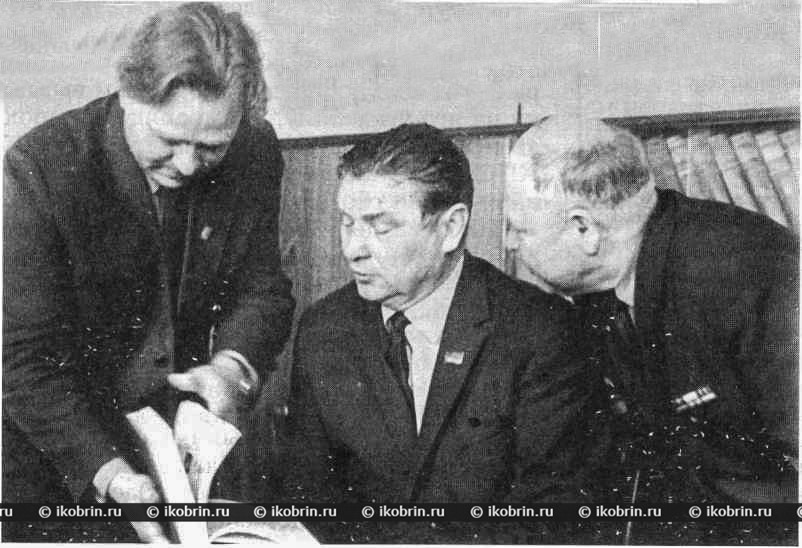 TO 3 PLANS OF SPRA÷LYAYUZZ NOT TO ÷SA 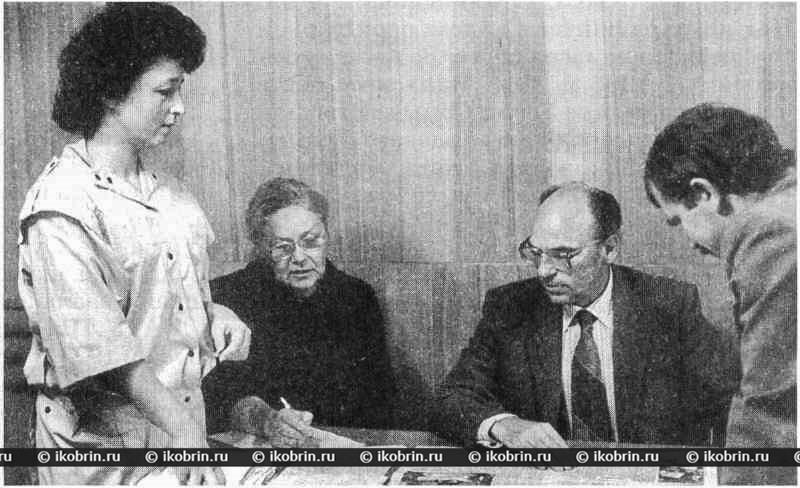