Here the square of heroes will be put …

The further the Great Patriotic War leaves us, there has to be our attention to memory of it more fixedly, the relation to perpetuating of a feat of heroes, to education of youth on examples of a glorious past of fathers and grandfathers is more serious. 2004 is special. For our Homeland, for Belarus, it is year of the 60 anniversary of the Great Victory. It is a lot of meetings with veterans of war, celebrations of the heroes and celebrations devoted to this date, will take place in the cities and villages. Kobrin is going to celebrate a great holiday in a special way. Last year to our city there arrived the tank which has to become a monument in future square. In more detail about it we talk to the deputy chairman of RIK A.S. Rogachuk. 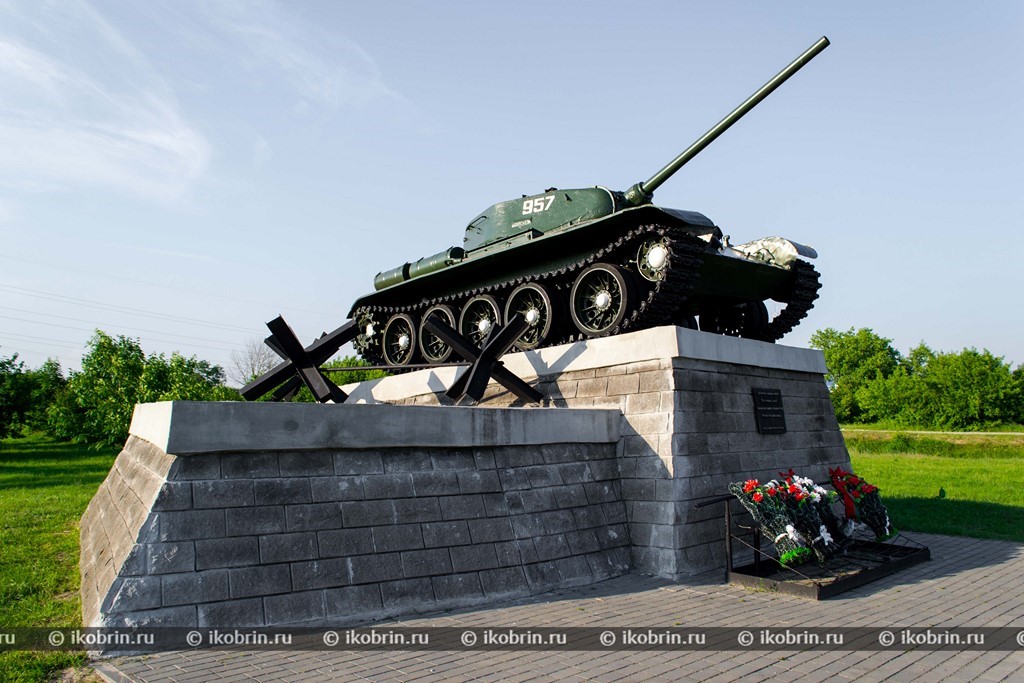 - Why the tank, but not the plane was necessary for Kobrin, for example?

- The matter is that in June, 1941, at the very beginning of war, Kobrin from Brest was defended by the 22nd tank division. Fierce fight ran high near the villages of Zabuzhka, Andronovo, the Name-day. Forces were unequal, but fighters of Red army proved real heroes, protecting the native earth. We want to immortalize their feat, and the best way to make it, in my opinion, to put a worthy monument to soldiers tankmen. RIK already made the relevant decision.

- Tell, please, in more detail what is already made and that else it is necessary.

- Mukhavets is planned for Sovetskaya St., before turn on the bridge, for territories which are empty now near the new bridge through river on the right, to break the square of Heroes tankmen. In this Square there will also be a monument - the T-44 tank on a pedestal. Having defined that we need the real fighting vehicle, the district executive committee appealed to the Ministry of Defence to provide to the city the tank, and this initiative was supported. One of military units of Borisov allocated us the T-44 tank, there it was prepared for exhibiting that a lot of time also demanded, and then the tank was brought to Kobrin. Several months it is at one of the city enterprises. Someone can object that T-44 did not exist at the beginning of war. Yes, in the 41st our soldiers were at war on other equipment. According to eyewitnesses, one T-26 tank sank in Mukhavtsa near Lutsevichi, and in the summer search works with the purpose to lift this tank were conducted there. And T-44 is advanced modification of the T-34 tank which passed all war. It will represent rightfully a feat of heroes tankmen of the Great Patriotic War.

- The non-standard decision for Kobrin - the square with the real tank in the form of a monument.

- I am convinced that work on perpetuating of a feat of the people has to be creative. The forms it are had huge value both for veterans of the Great Patriotic War, and for people of average generation. But the edge of this process has to be directed to the youth tempted today as regards shows. Certainly, the monument to heroes tankmen has to cause patriotic emotions and at the same time answer esthetic norms. In my opinion, the type of terrible military equipment which causes delight and pride of the Homeland as it is impossible more precisely answers these purposes. According to the proposal of the chairman of district executive committee K. V. Sinevich on the basis of the joint solution of RIK and plenum of BRSM this building is declared by youth. Novy Square has to become one more vacation spot which will decorate the city. Works on the place of its opening are planned to begin in the spring and to finish to the 60 anniversary of release of Kobrin from the fascist.

Rogachuk, A.S. Zdes Square of heroes will be put …/Ampere-second. Rogachuk, Natalya Vasyuk//Kobrin-inform [talked]. – 2004. – January 22. Mukhavets is planned for Sovetskaya St., before turn on the bridge near the new bridge through river on the right, to break the square of Heroes tankmen.