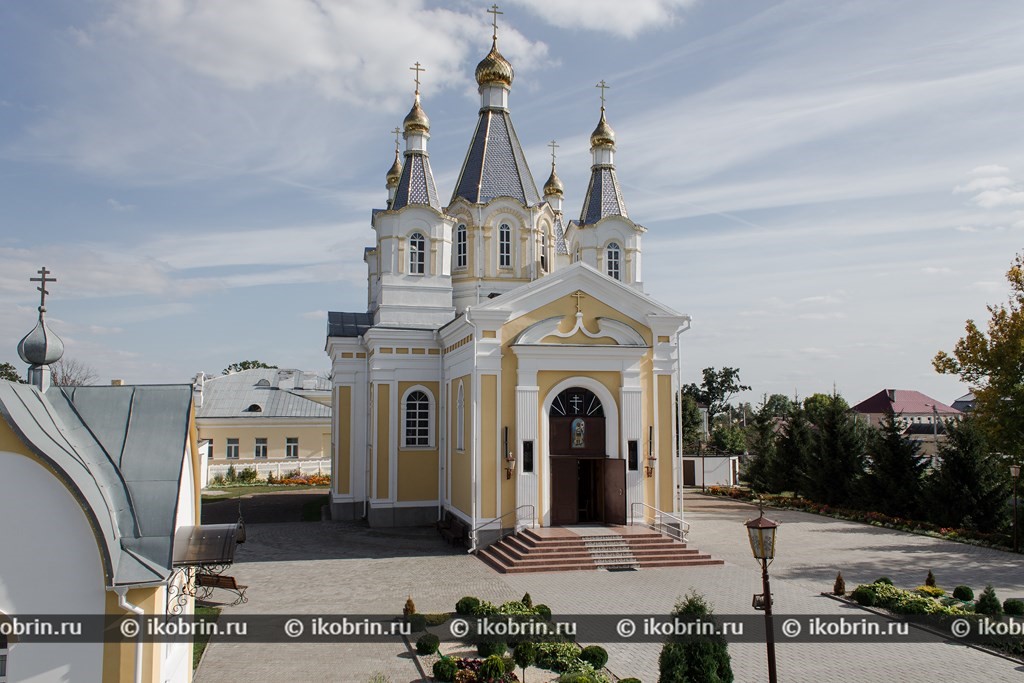 Cathedral for the sake of the blessed grand duke Alexander Nevsky in to Kobrina of the Brest diocese. Construction of a brick cathedral for the sake of the blessed grand duke Alexander Nevsky in Kobrin was begun in 1864 on the place of burial of the Russian soldiers, dead Kobrin fight on July 15, 1812 when in the territory of the Russian Empire the first victory over Napoleon's army was won during Patriotic war. The temple was also urged to immortalize memory of release of peasants from a serfdom in 1861. On October 28, 1864 a bookmark was solemnly made. In 1866 the gilded crosses which are written out from St. Petersburg at the master Sokolov were consecrated and set up on five heads of church. It was roofed by roofing iron, and domes the English tin. On September 20, 1867 the bishop Brest Ignatiy made consecration. The temple was built at the expense of the temporary obliged peasants of the Kobrin County and the former chief of Northwest edge count Mikhail Nikolaevich Muravyev.

On December 28, 1960 Alexander Nevsky Cathedral was struck off the register, with the subsequent re-equipment of the building under planetarium with appearance change. In 1961 the temple was withdrawn from veruyuy and closed, and withdrawal was promoted by the small fire which happened at that time happened because of the churchwarden.

After withdrawal some time in a cathedral there was a planetarium, then the building was used for free display of "high-principled" movies. Visitors were almost not therefore here decided to place the museum. This undertaking also attracted not enough interest then the cathedral was transferred to archive. Reconstruction of the building was made: made overlapping for the second floor, demolished four small central boards. Then the church library and archive was burned.

In 1989 the temple was transferred to use again to an orthodox community which then was registered. The branch of state archive was transferred to other room then at once restoration works began. In the course of reorganization it was necessary to alter a little four angular central boards in comparison with the initial plan of the temple. On September 12, 1990 the cathedral was newly consecrated by the metropolitan Minsk Filaret.

On December 18, 2006 at a cathedral the youth brotherhood was formed. At the beginning of the 21st century at a cathedral the pilgrim department organizing trips around the holy sites of Russia, Ukraine and Belarus also worked. The cathedral is a monument of architecture of late classicism with elements of the retrospective-Russian direction. Mukhavets, on the place of the ancient castle settles down near the river. 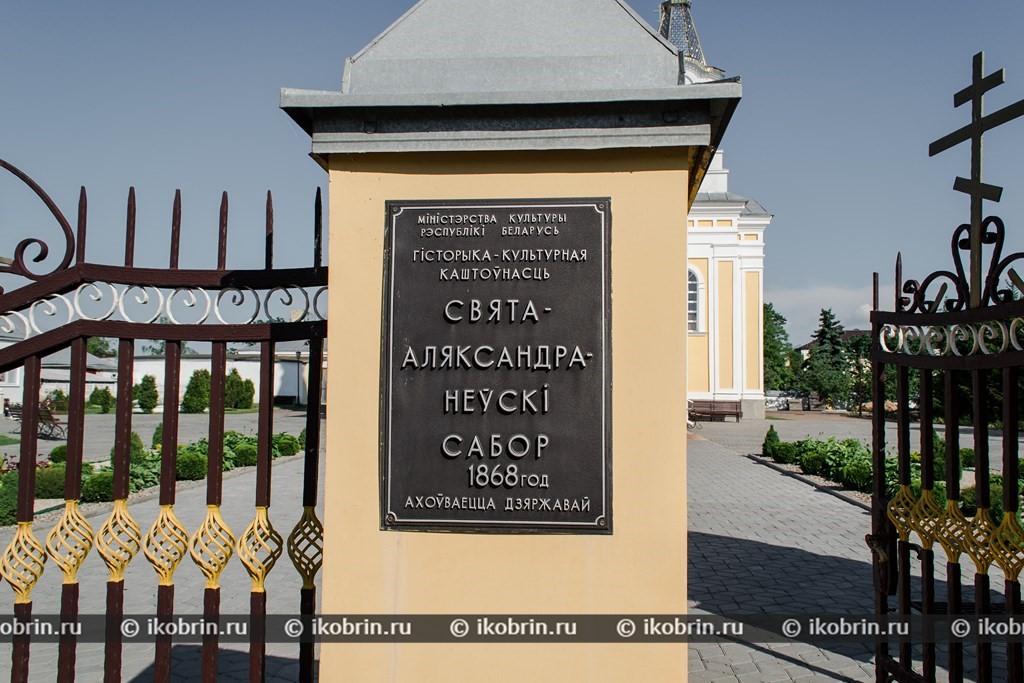 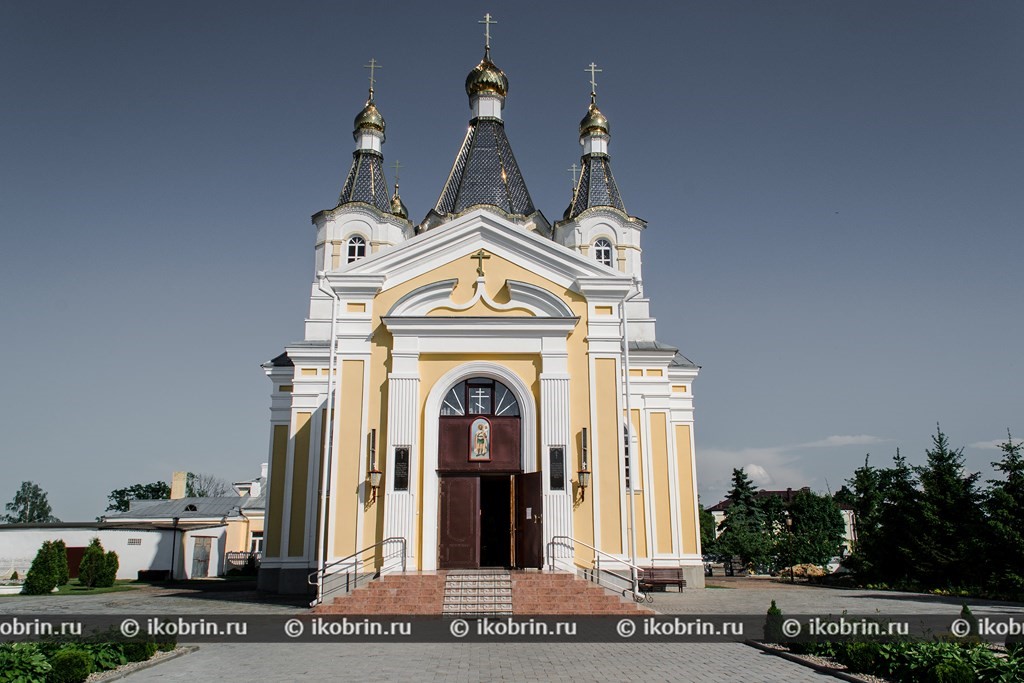 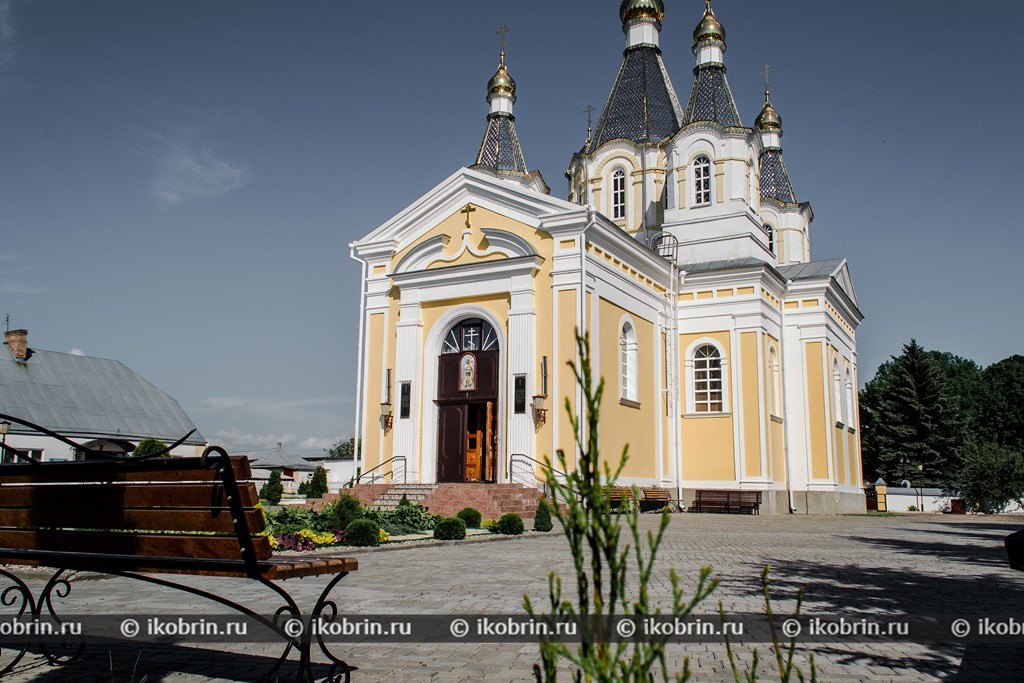 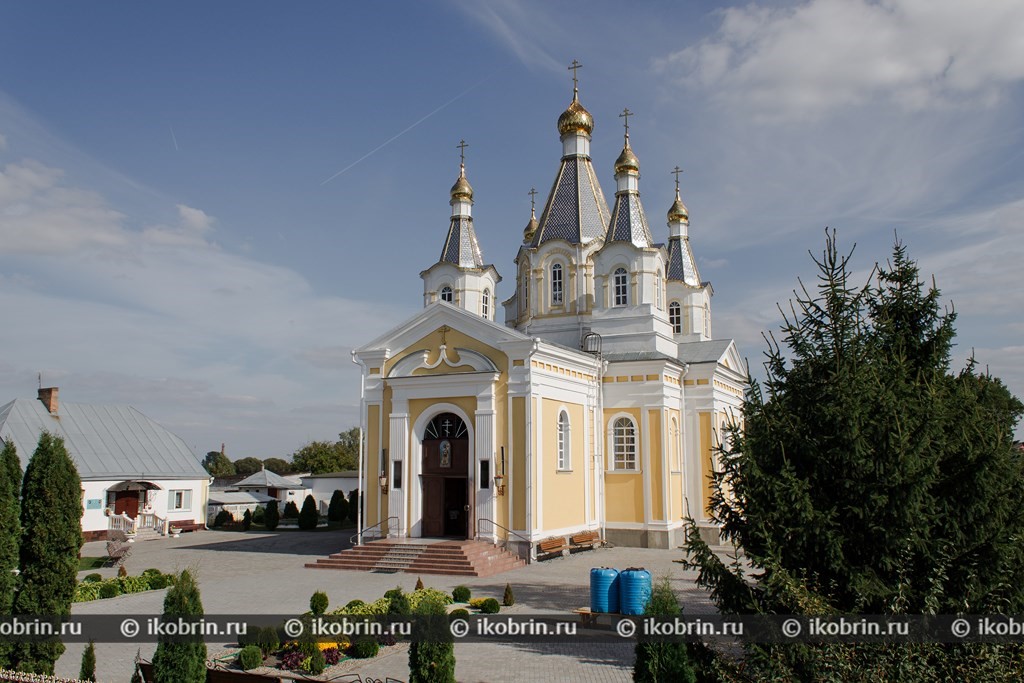 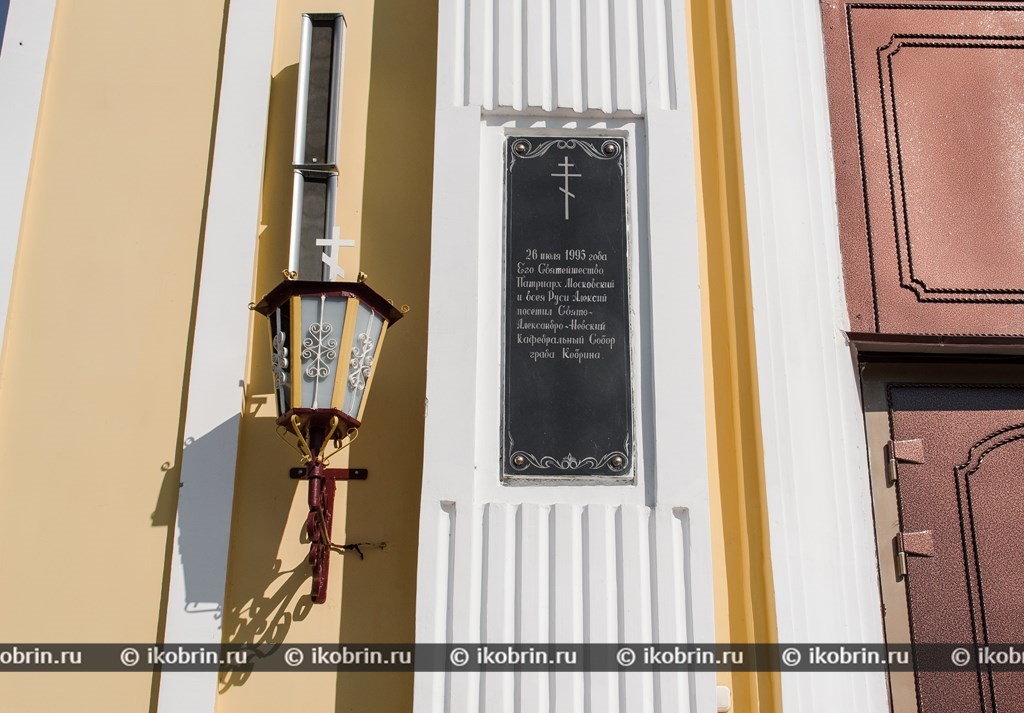 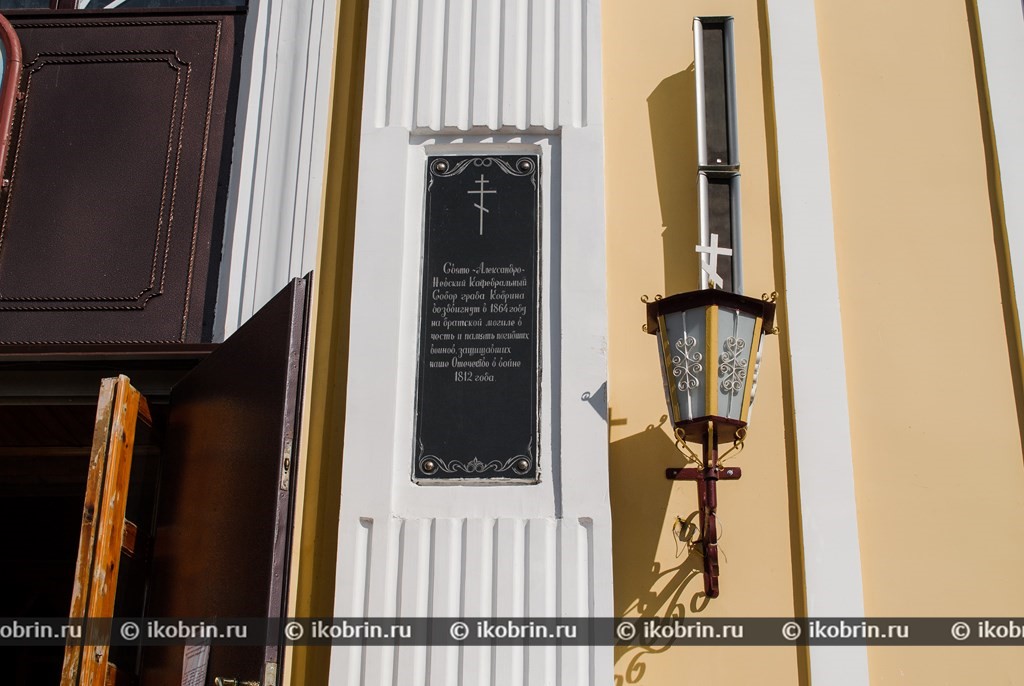 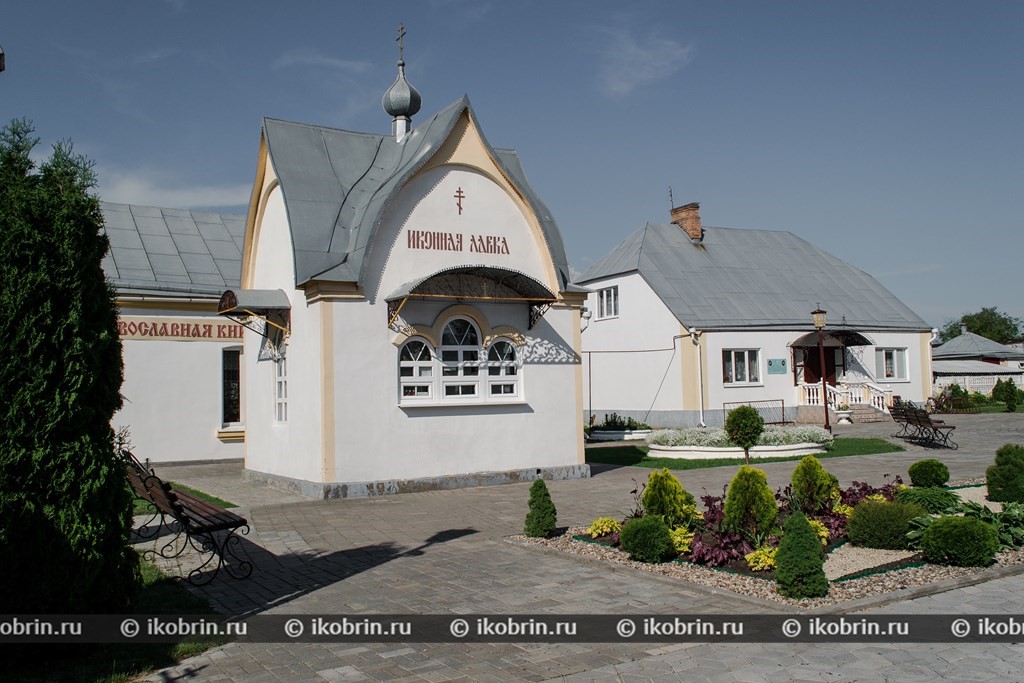