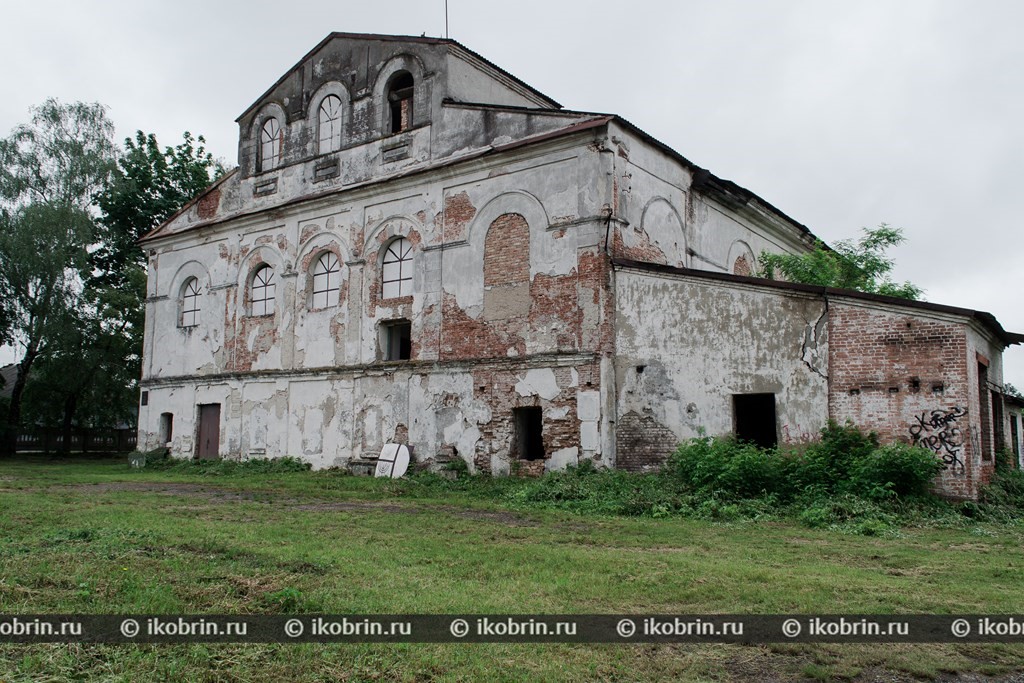 The Kobrin synagogue is a monument of eclectic architecture with classicism elements. Construction of a synagogue is dated the 18th century, it is more senior than a church and many Kobrin churches. Moreover, the synagogue in Kobrin is unique: by the sizes it – one of the biggest in Belarus, similar knowledge of a synagogue is only in Minsk. Till 1941 the population of the city was mainly Jewish.

Bazilikalny freaky temple. Has symmetric volume and spatial composition. The central three-storyed part of the main facade is allocated with 4 flat shovels. The same shovels flank the building on corners. The second and third floors are cut through by low semi-circular window openings, the first floor — luchkovy. Elements of a decor are subwindow flat niches, figured a rustic of shovels on the first floor, arkaturny belts.

In the years of war the synagogue became some kind of center of a ghetto in which fascists drove the Jewish population from all the district. At elimination of a ghetto, exactly here, at synagogue walls, the last execution was made. After war the synagogue was not acting any more. Conducting antireligious fight, the authorities closed a synagogue. All valuable property was taken out, and the building was used in the production purposes.

In the eighties here the shop on production of beer, and then soft drinks of Kobrin cannery was located. Since the end of the 80th on 2003 the building was absolutely ownerless, and gradually came to desolation.

In 2003 "The Judaic religious community of Mr. Kobrin" was registered. The organization began to deal with issues of restoration of a synagogue actively. Plans were the are as follows: most part of the building was planned to give for creation of the cultural center of Jewry of the Western Belarus, nearby to open the museum of history and ethnography of Jews of the Brest region, in a separate wing of the building was planned to create the operating part of a synagogue. The total cost of works on the project was determined about 1 million US dollars.

Now the building is not used and falls into decay more and more. But even now it impresses with the sizes and forms. It is the only synagogue which remained in Kobrin after war. Before war there were more than 7 synagogues and more than a half of the population here Jews made. On census of 1897 in all Kobrin County 25 349 Jews were registered (including 6738 in Kobrin; 64,8% of all population). In the early twenties lived in Kobrin 5431 Jew that made about 66% of the population.

Especially for the Jew in Kobrin Tarbut's school where teaching was conducted in Hebrew, and also school with teaching into Yiddish was open. Speaking about able-bodied population of Jews, the majority of them was engaged in construction, weaver's production, trade, etc.

From spiritual heads of a Kobrin community of 17 century — the beginnings of 18 century are especially known the preacher Betsalel bin Shlomo from Kobrin and the rabbi Ya'akov bin David Shapira (died in 1718. In 1892-97 famous H. Berlin was the rabbi of a Kobrin community. The great influence on spiritual life of the Jewish community of Kobrin, since 19 century, was rendered by Hasidic Judaism (a dynasty of Kobrin tsaddik: Moshe bin Israel, died in 1858; Noakh Naftali, died in 1889; David Shlomo, died in 1918; Moshe Akharon, died in 1942; Baruch Iosef Zack, died in 1949).

For reconstruction sponsors are necessary. 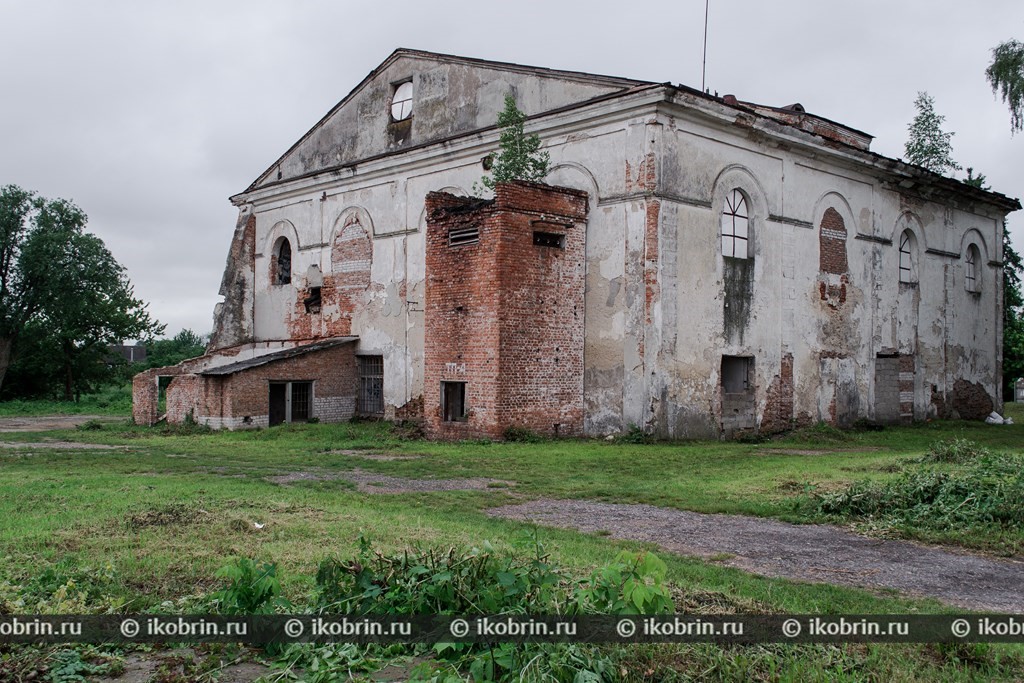 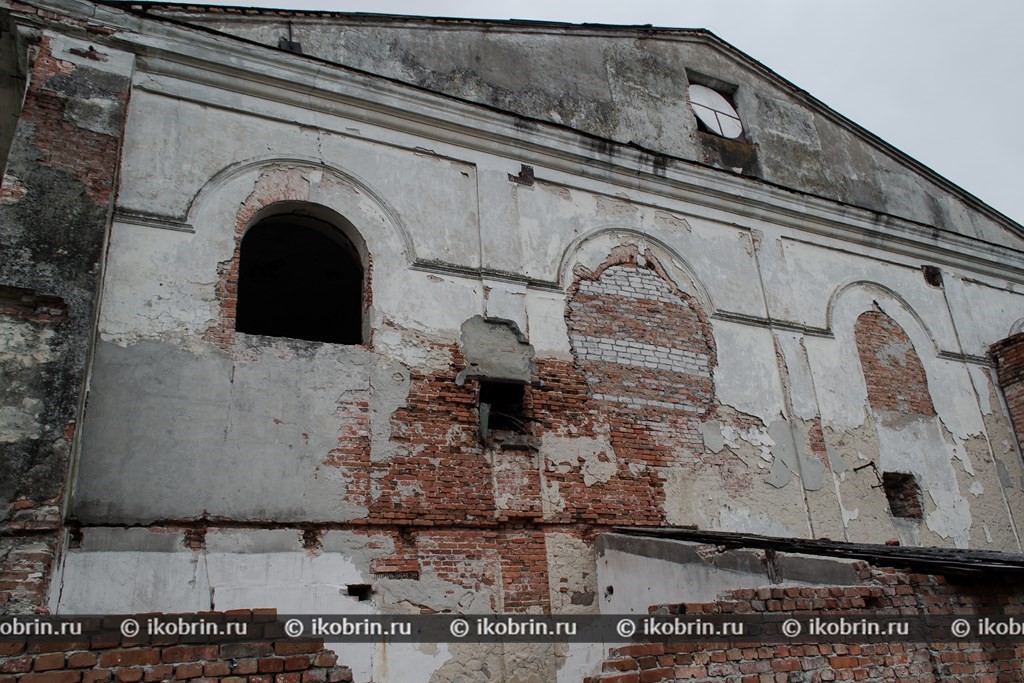 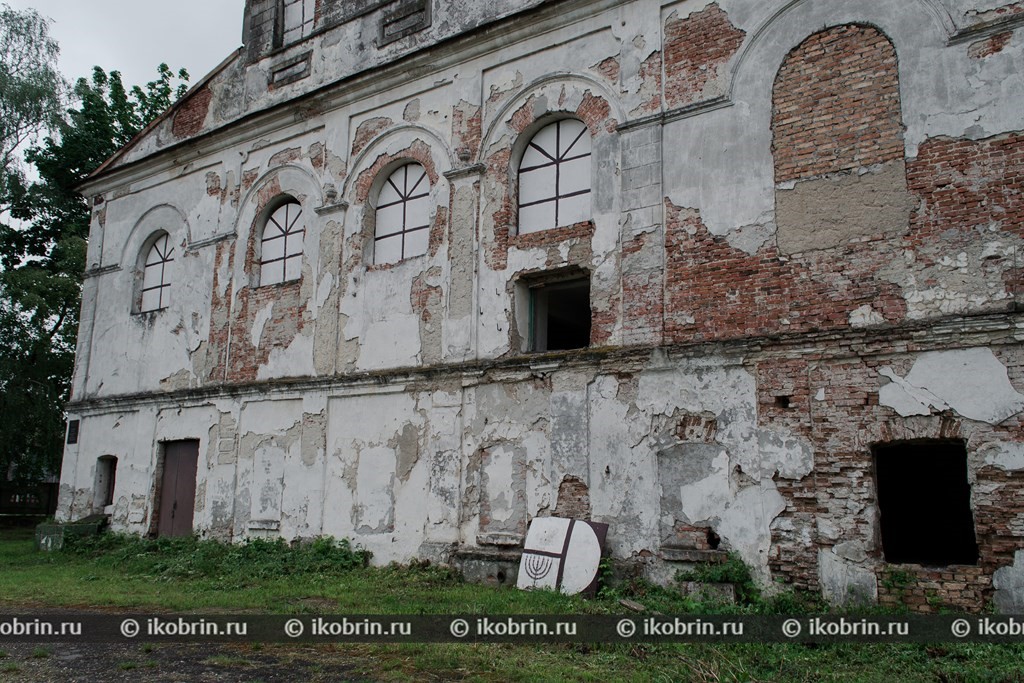 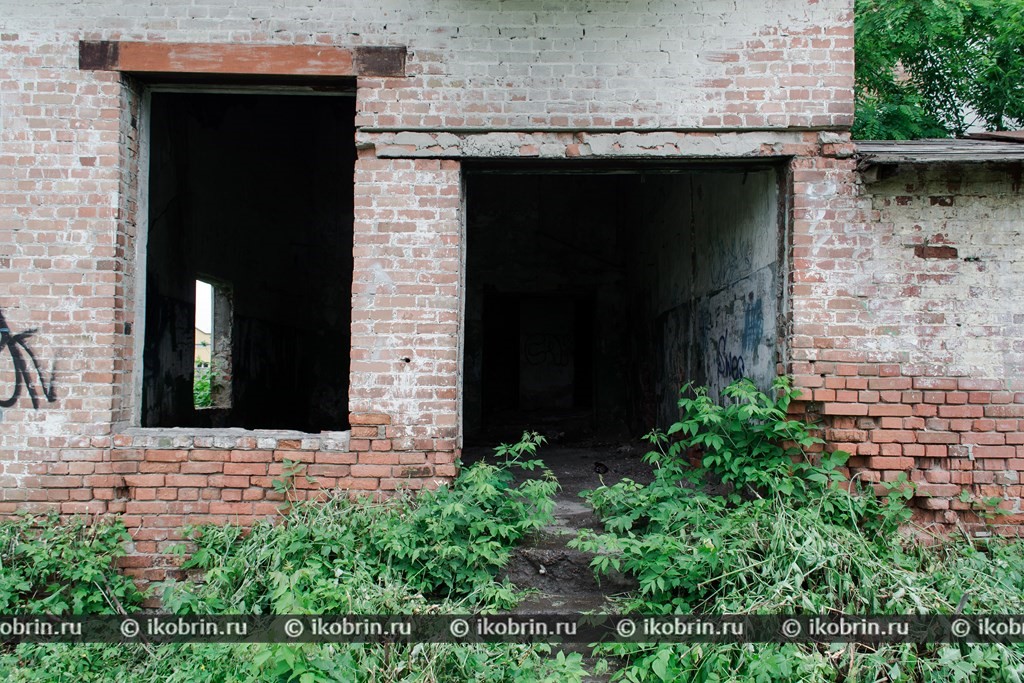 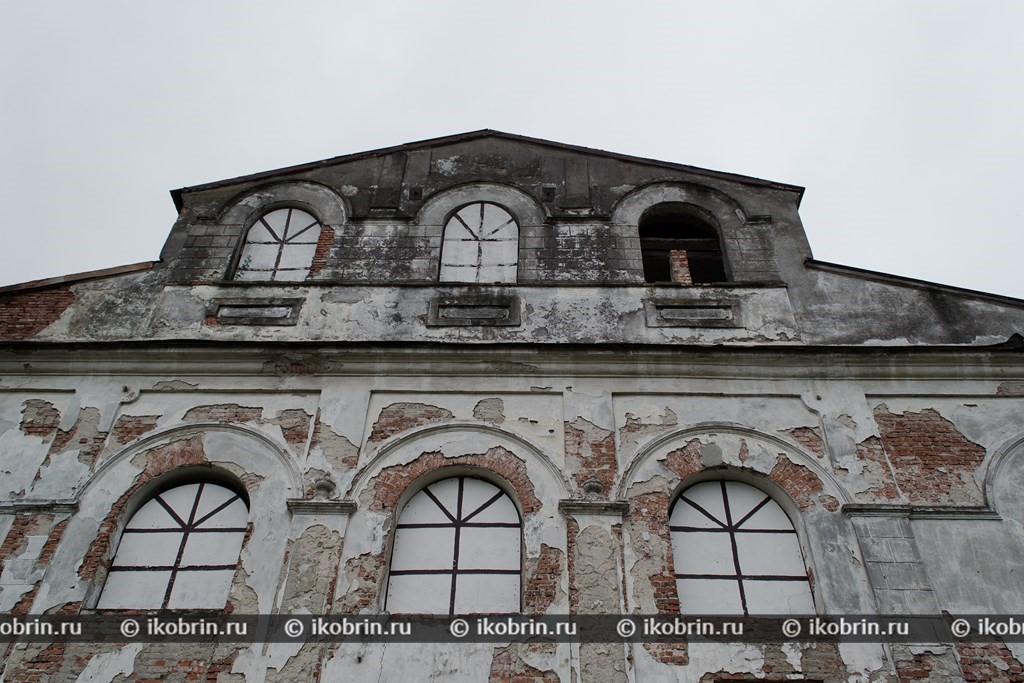 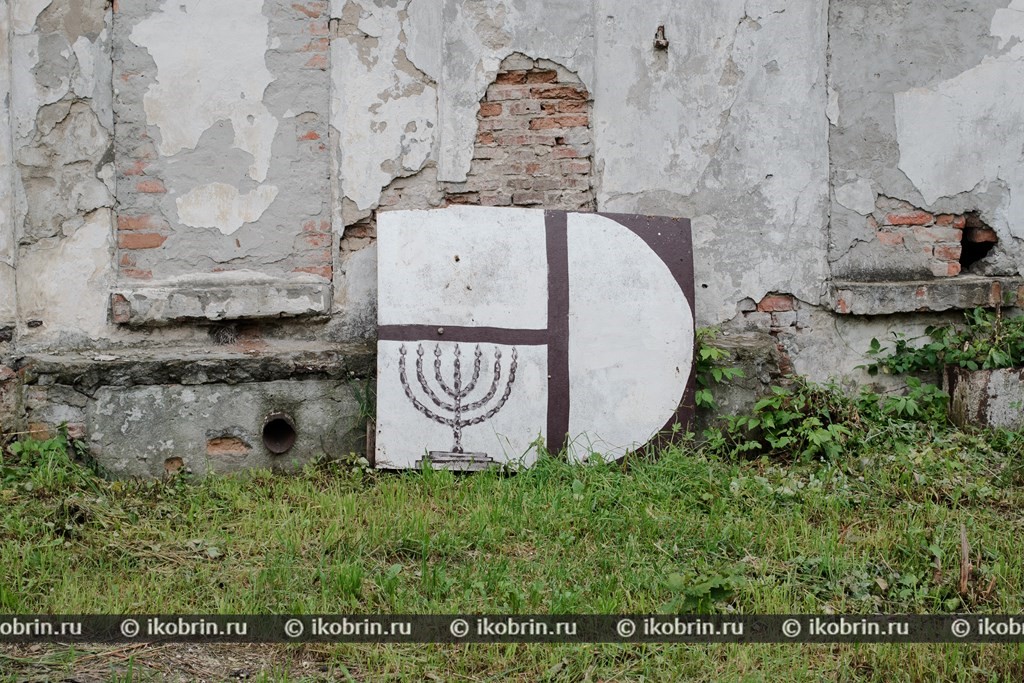 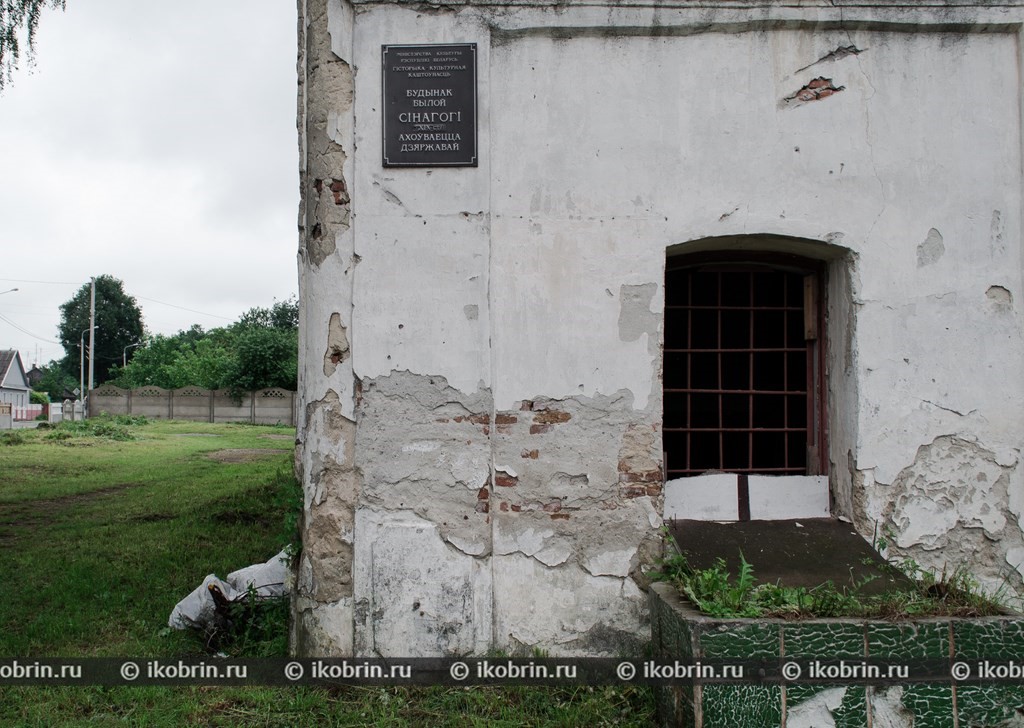 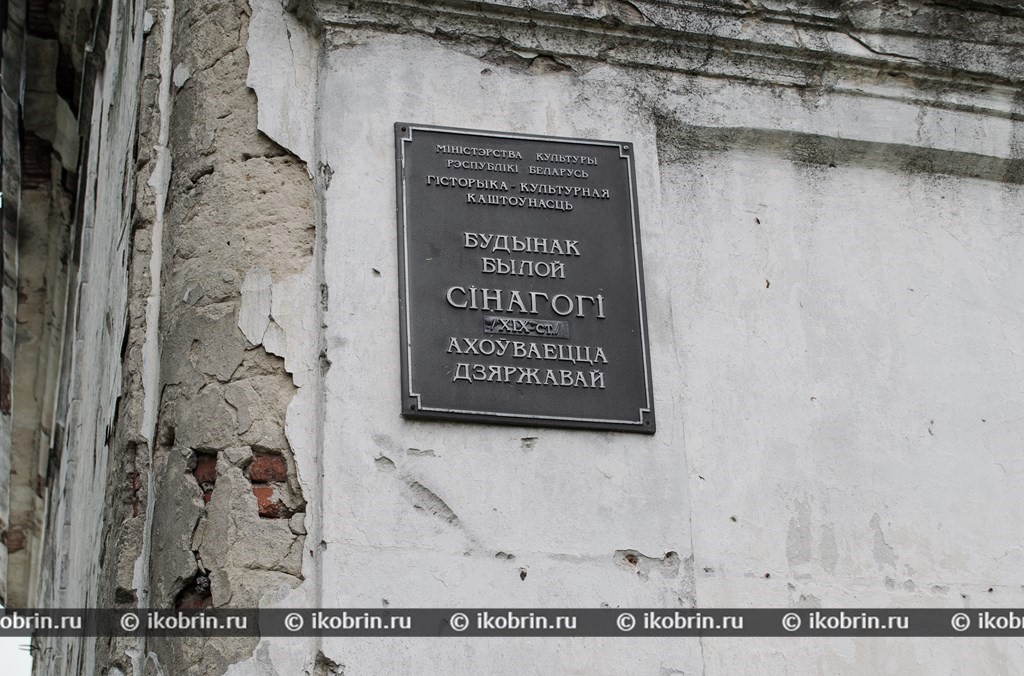 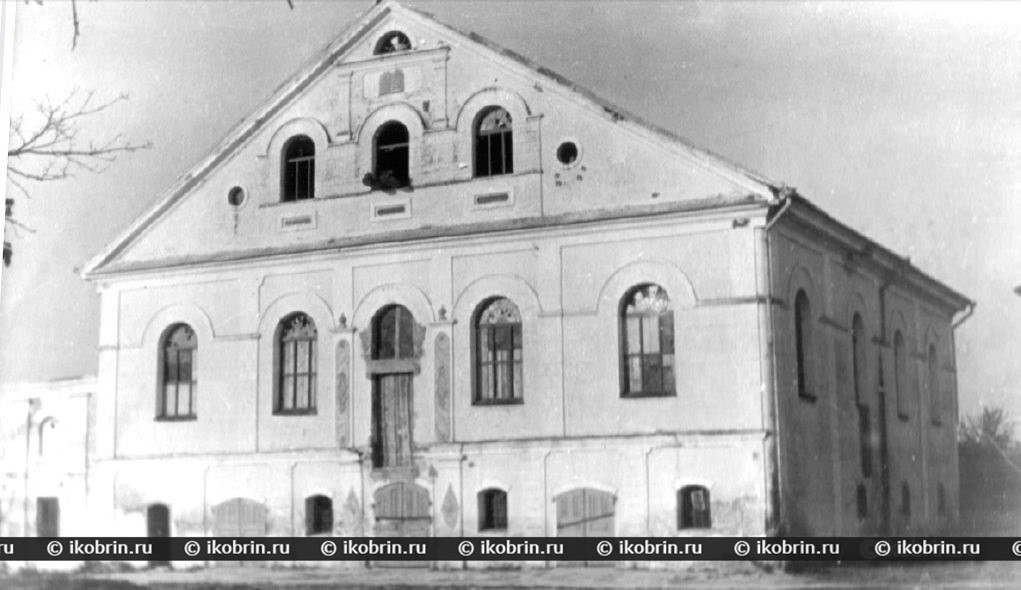