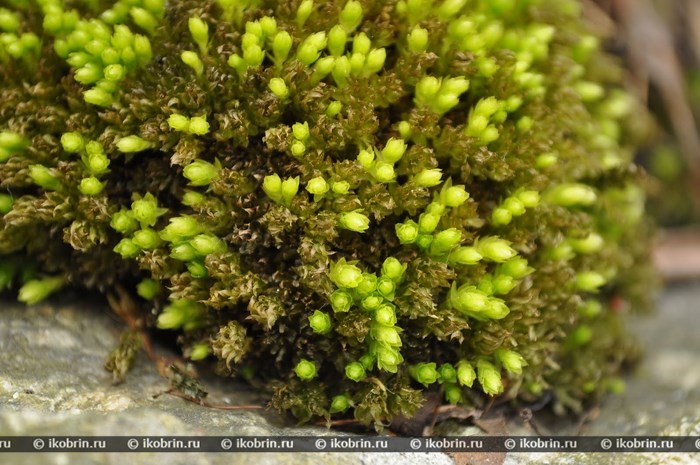 International importance:
It is included in the 2nd edition of the Red List of Belarus (1993).

Description:
Dernovinki wide, easily breaking up. Stalks 1-1,5 cm high, simple or vilchato branched, mnogoryadno gustooblistvenny. Leaves directly remote or turned into one party (dry – adjoining), elongated and ovoid to slantwise ovoid lantsetnykh, rather stupid or pointed, without vein. The box is elongated and ovoid, mature – brown-red, to black, rises on a lozhnonozhka and reveals 4 longitudinal cracks.

Rasprostraniyeniye:
The Arkto-alpine view widespread in the Northern hemisphere tsirkumpolyarno and mainly in the Arctic, meets also in a taiga, to the South from it – generally only in mountains; grows in North America, in the south of Africa, in New Zealand, Tasmania, Oceania, Antarctica. In Belarus the location in Pruzhansky district of the Brest Region is authentically known. Also Smorgonsky district Grodno regional is specified in literature.

Biology:
Monoecious plant. Sporonosit in the spring and in the summer.

Number and tendency of its change:
Meets small dernovinka on very limited squares. There is a tendency of reduction of number – is in the threatened state.

Major factors of threat:
Extremely insignificant sizes of population. Movement and crushing of boulders, cutting down of the trees and bushes surrounding them.

Protection measures:
Is in the territory of National park "Bialowieza Forest". Preservation of boulders in places of growth of this look is necessary. Search of new populations in northwest part of Belarus.