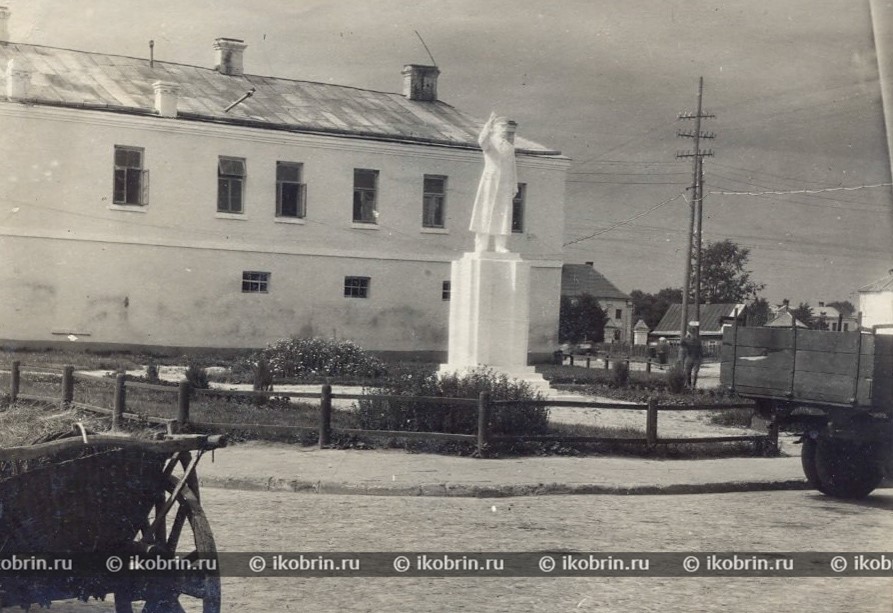 The largest figure of world history - Iosif Vissarionovich Stalin, life and which state activity scarred not only destiny of the Soviet people, but also all mankind will be not one more decade a subject of dm of discussions among historians and inhabitants. We will not efface the mark left by "the father of the people" in historical destinies of mankind.

Stalin's biography comprises the incalculable number of the characteristics contradicting each other: that it cruel and despotic, he is father: the leader of communist party who at the end of board almost stripped of power the bureaucratic party device: dispersed "Lenin guard", rassazhat, shot down; but, having executed this most "Lenin party" consisting mainly of people deeply Russian (and incited against all Russian), he was an initiator and responsible for death of tens of millions of the best Russian people at the same time - the basic fighter for communistic ideals and the blood-thirsty monster.

During lifetime of Stalin the Soviet promotion created an aura of "the great leader and the teacher" around his name. A name of Stalin and his closest associates were called the cities, the enterprises, equipment. His name was mentioned in the same row with Marx, Engels and Lenin. It was often mentioned in songs, movies, books. In his honor sculptural constructions were built.

Monuments to Stalin — special category of the sculptural works which were an integral part of the Soviet tradition of monumental art of the 30th — the beginning of the 60th years of the 20th century, one of symbols of a Stalin era in the USSR and in a number of the socialist countries.

This tendency and our city bypassed: for several years the monument to "the leader and the teacher" towered in the heart of Kobrin, on the Market square renamed in 1939 into Liberty Square. We know history of the city since courageous obr and the first princes Kobrin while events of fifty-year prescription are white spots in historical life of Kobrin district. Data on a monument at Liberty Square are poor and improbable. As the photographic materials dated the beginning of the 50th years on a concrete pedestal testify Joseph Stalin's figure with lifted as if in a greeting, the right hand towered. His right leg is taken slightly away back that creates movement illusion, the eye is turned towards Pervomayskaya St. On a background the two-storeyed building which was built at the height of the Great Patriotic War by the German firm "Fyolker" is located and intended "under "дойчехауз" - the German house. In the depth of the yards the building of the Kobrin bakery founded in 1954 and a factory pipe is seen.

No doubt, the monument to Stalin in Kobrin was established in the first post-war years when after a victory over fascism in which the Soviet people assigned the leading role to the outstanding generalissimo the real boom of monumental construction swept worldwide. One of the pictures which are in Kobrin military and historical the museum of A. V. Suvorov is dated 1949, another, obviously, later, is signed it is flowed very round - "the 1950th years". After the XX congress of CPSU in February, 1956 when the cult of personality of Stalin was discredited, monuments to "the leader and the teacher" everywhere began to dismantle. One of residents of our city remembers how she in the fall of 1956 became the witness to operation on destruction of a monument. "On the square the dump truck drove, the sculpture was pulled together from a pedestal, broken and pieces loaded into a body. From such show inside everything turned over: we, military generation, treated the leader with special awe. It felt ill at ease because" that so cruelly handle a shrine".

The attitude towards I. V. Stalin's identity ambiguously and today one idolize him others damn. Rabotinkam of the military and historical museum of A. V. Suvorov was succeeded to collect the extensive information including collected works, memoirs, memoirs of adherents and opponents. Huge help in work is given by the materials presented to the museum by A. M. Sushchuk who considered Stalin an idol and scrupulously was engaged in studying of his life and activity. Two albums with comments and photographic materials executed in 1979 to the 100 anniversary since the birth of the generalissimo (on December 21) became result of its researches.

Employees of the museum of A. V. Suvorov hope that the muzeyiy fund will be replenished with photographic materials and memories of destiny of the monument to Stalin mentioned above which was in the 50th years at Liberty Square in Kobrin. 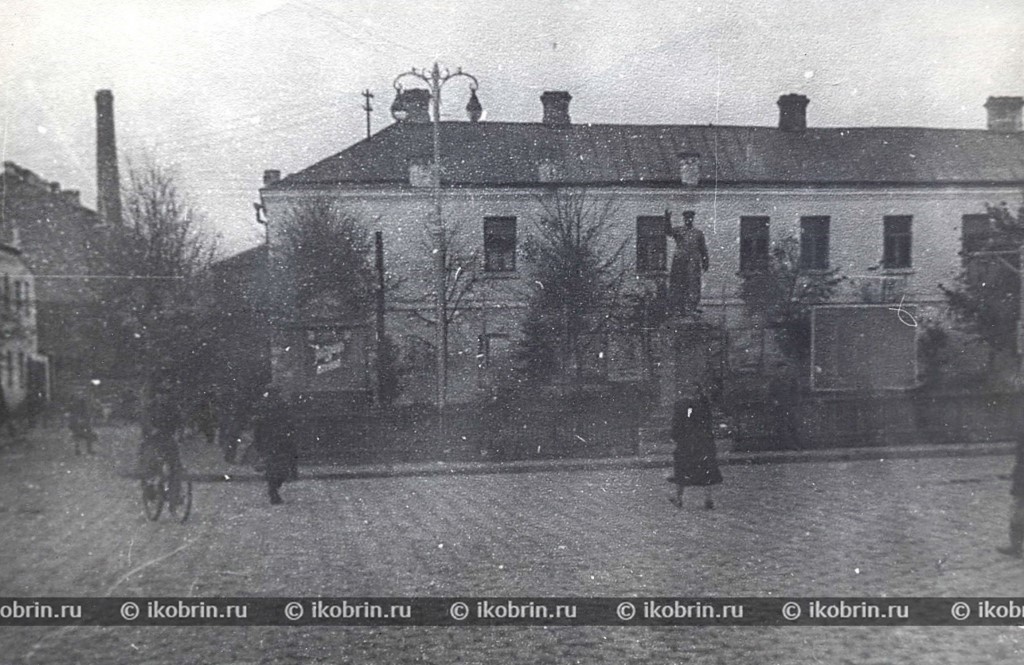 Monument to Stalin, 1950th years. A photo from archive of the museum