National chorus of veterans of war and work 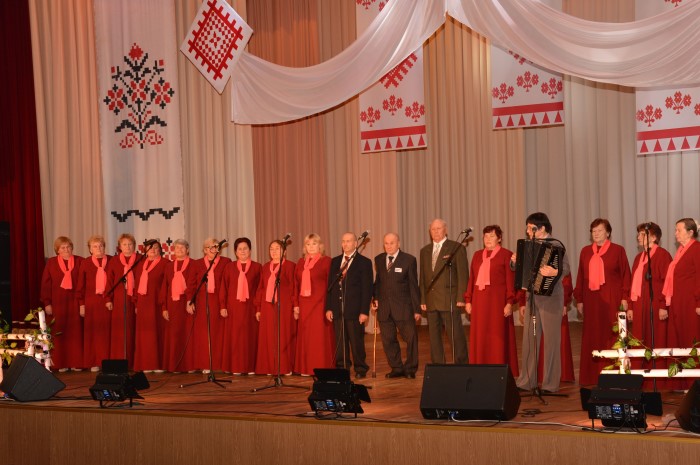 * National chorus of veterans of war and work

It is created in October, 1987 at the initiative of representatives of city council of veterans of war and work. The first head – Kondrashuk Nadezhda Mikhaelovna, the accompanist – Shershunovich Larisa Evgenyevna. The first classes were given at boarding school, then the chorus worked at a town house of culture.

For years of existence by collective Evgeny Ivanovich Prokopyuk, Svetlana Nikolaevna Zhuk, Valentina Mikhaelovna Polivenok, Tatyana Petrovna Pokalyuk directed. In August, 1995 for high mastery and active participation in public life of the Brest region to chorus the honorary title "national" was given.

In group of 17 people. There are men's and women's vocal groups, soloists. In repertoire of collective the Russian, Belarusian, Ukrainian songs, modern Belarusian writers, generally it is the 3rd, 4-part works. Almost all concert programs have the subject. National chorus of war and work - the participant of the cultural events held in the city and the area, the repeated student of a regional festival of creativity of veterans "Restless hearts".

The collective tries to be always in good shape, is an example for all fans of the song and always hospitably meets new participants in the structure. One of main goals of the activity the chorus of veterans puts military patriotic education of younger generation therefore often the collective holds meetings and conversations with youth, acquaints younger generation with song repertoire on military and patriotic subject. Conducts active work on promotion of active lifestyle and popularizes creativity of people of gold age.