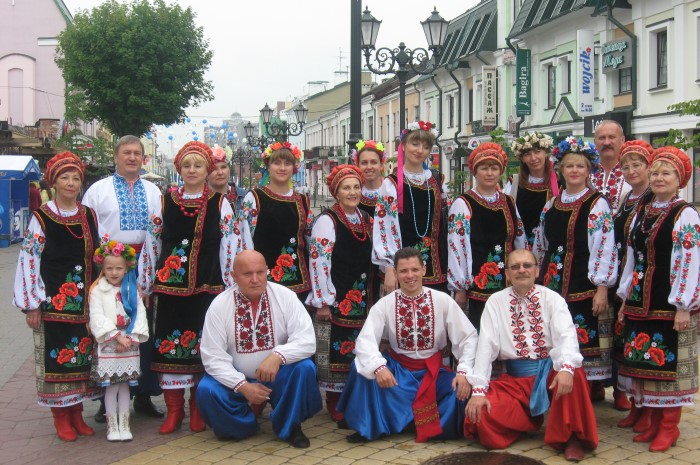 It is created in 1964 as national chorus of regional Recreation center. The honored worker of culture of BSSR of I. P was his creator and the first head. Bilberries. In 1971 to collective the honorary title "national" was given.

Since 2006 Zoya Vasilyevna Yastremskaya, the honored worker of culture of USSR, the skilled chorus master, the capable head and the organizer directs collective.

Now as a part of chorus 32 participants of different age and different professions. But all of them are united by one - love to the national song, to the homeland, to the earth on which they live.

Professional skill and arrangements of songs of the head of chorus Zoya Yastremskaya do the works executed by collective incredibly harmonious and bright, and the creative devotion and enthusiasm of participants of collective fills each performance with unique positive energy. Thanks to coauthorship of the head of chorus and orchestral group the rich song palette of repertoire in concert programs changes in true scenic action.

Purity of sounding of an intoning of surprising vocal singing distinguishes also the female quartet "Tuning fork" which is a part of chorus and is the repeated winner and the student of regional, republican and international festivals and competitions.

Today national chorus – one of the oldest amateur collectives of Kobrin district. In 2014 the collective celebrated the 50 anniversary. Always performances of chorus with pleasure were accepted and accepted at different concert venues and always have the warmest response from the viewer, but the collective is not satisfied with what has already been achieved. The main direction of its activity – mastery improvement, expansion of repertoire and a genre. ﻿