To the tourist → Objects of tourism → Vacation spots

Family gave! How many in them a charm. How many concerning and joyful. How many you look - you cannot see enough. What miracle - the native earth! The person grew to it thousands of invisible threads. And the more you go on the ground, the more you see, you absorb its beauty in heart - the stronger you become attached to it. Sun beam, gentle blade, blueness sky, bird's song. For all kobrinchan - this concerning and joyful that forces to fight more often hearts, is park of name A.V. Suvorova. 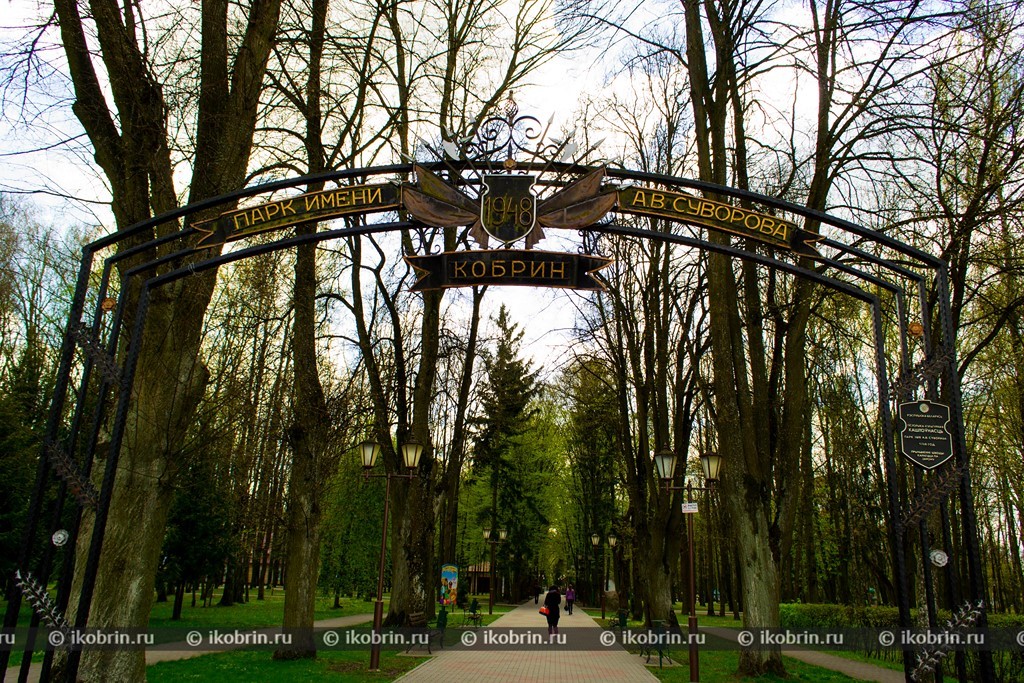 The park is annually visited by tens of thousands of tourists. One places, glorified, magnificent, rich in historical events, attract here, others botanical features of park, the third participation in city cultural actions, and, at last, communication with the unusual atmosphere of park in which history and the present merged in surprising and unique whole. In old part of park the lindens put during lifetime of Suvorov remained. And all grows to 70 here - species of trees and bushes. There are giants oaks, maples, hornbeams, elms, pyramidal poplars, acacias, a blue spruce, pines, birches, an acetic tree, a sea-buckthorn. You go about these huge trees and you feel small, forgotten. And at the same time heart is filled with pride that on the native earth such majestic beauty remained.

The Kobrin park is a masterpiece of the Belarusian architecture of which on - to the right all Belarus is proud. At the heart of planning of park regular style from the very beginning dominated, only subsequently it was added several sites issued in the English free style. Works on improvement of a park landscape are continued, land rare and valuable trees in the decorative relation. The staff of park thinks very much of that historical heritage which was left by it by the native Kobrin earth. Works on improvement of park are all the year round conducted. The park long since drew to itself attention of visitors. And now, after restoration, the attention to it even more amplified. Deserves, attention characteristic the unique color the central avenue which is the main composite axis of park, it is picturesquely framed with old lindens which weaved kroner almost close the sky. If to curtail from the central avenue to the right, the path will lead to a big picturesque reservoir. Here white swans float. In park in general there are a lot of birds, there are even owls. It is quite often possible to see quick and not so timid squirrels.

Near an amphitheater there is a round platform along which there are forged benches and which is surrounded with shady trees. Even naughty wind will not clear up much here, hardly kolysht tops of trees. The silence is broken only by singing of birds. Randomly there are become silent oaks, pines. The earth is covered raznotravy. Along all park big and small clearings continually meet. From flowers and a grass, from butterflies and the sun these clearings seem bright and cheerful. Originality to park is given by the small architectural forms which were placed across all territory of park - a mole, a dog, a cat, swans, shoes and small lamps. The platform at the fountain remains the favourite vacation spot kobrinchan and guests of park. The fountain is topped with sculptural composition of "Kupalye" now. In park the amphitheater with successfully arranged interior is built. The building of an amphitheater is built in modernist style and is a culmination component of east part of park. The amphitheater is designed for two thousand viewers and equipped with the most modern foreign sound and light equipment. Ha to its scene pass all city actions and concerts, ensembles of folk art act.

One of the most beautiful and most picturesque places in park - the lake. It attracts both fans of the picturesque nature, and simple inhabitants of persons interested to drive in spring the-year period on catamarans. In the same place the new pier is constructed. The artificial embankment at the lake is arranged well, on it the snow-white rotunda is built.

The Kobrin park is a place never of the coming to an end holiday, the place attracting masters of the arts with the unique color. The Kobrin park is a graphic evidence of rich and nice history of the city, the people, the state. The real blossoming of park is the share of the 20th century. From the small estate it changed in one of the largest and most beautiful landscape gardening complexes of modern Belarus. The Kobrin park underwent the fires, invasions of foreign troops, people's liberation revolts. For years of the Second World War the Kobrin park underwent the largest destructions, the considerable part of park was completely destroyed. But the park restored after military destructions gained unique color and was entered in the list of monuments of republican value.

The plan of park with a rectangular network of avenues and the central platform very accurate. The wide paths paved by a tile "The Florentine mazayka" and surrounded with old trees give that unique feeling of silence, tranquility in which tranquility sometimes each of us so needs.

The district at an old pond is a historical kernel of park. Far back in the past there was a manour house where there lived Suvorov. In 1894 this house because of decay was demolished, and on its base is built new which burned down in 1939. In 1950 on its place established a bust to A.V. Suvorov (.bronzovy casting from the original of work of the famous sculptor I.M. Rukashnikov, 1904) . From written sources we know that Suvorov began acquaintance to new possession from here, with the "Province" which is at that time approximately in verst from the downtown. The place was pleasant to Suvorov. Here in park silence and a cosiness, more than once it will begin to come on foot. In this pond the retired field marshal, despite the seventh decade coming to an end, bathed in April, striking Kobrin inhabitants. Traveling over the granted villages, Suvorov got acquainted with life and life of local peasants, listened to the speech which was unusually sounding for him. And in the middle of the 19th century the manor was bought by Alexander Mickiewicz, professor of the Kharkiv university, the brother of the famous belarussko-Polish writer Adam Mickiewicz. Here professor lived with a family till 1873.

In park there are 18 attractions: "The jumping horses", "North", "Sun", "A children's roundabout", "Ship's boy", "Camomile", "A chain roundabout", "Waltz", "Calypso", "The bumper boats", "Helicopters". Also in park the wonderful lock with a turret – DRTs "Kesha" grew. And fans of a healthy lifestyle are waited by the new ski roller route with rental center of roller skates and roller skis.

In the 2009th year opening of "Glade of fairy tales" at DRTs "Kesha" took place. All wooden sculptures were executed based on the Belarusian fairy tales. Sculptures of "Pokatigoroshek", "Music", "Fox", a sculpture on the fairy tale "Easy Bread".

A peculiar business card of park is DRTs "Kesha" built in Baroque style with monumental columns inside. "Kesha" is a game center for children aged from 1 till 15 years in which all is possible for children. To take part in the thematic game programs chosen and ordered in advance and also there is an excellent opportunity to celebrate the Birthday. To play independently and with friends in a three-storied labyrinth and on gaming machines which, by the way, whole 6! For fans to do some shooting "The house of the dead", for future racers of "Formula 1" there is a remarkable simulator (Sega Rally", and for fans of derby of "Out Run". And for our least guests, there are developing games "Little Squirrel" and "Aquarium". Well and at last a highlight among automatic machines is air hockey which our guests nicknamed intergalactic hockey for a long time.

Dear friends, here our acquaintance to park of A.V. Suvorov also approached the end, but let what you learned today forever will remain in your memory. We very much I hope that you will protect and increase those riches which were generously presented to us by our park.... our edge... our earth... the earth is the Belarusian. 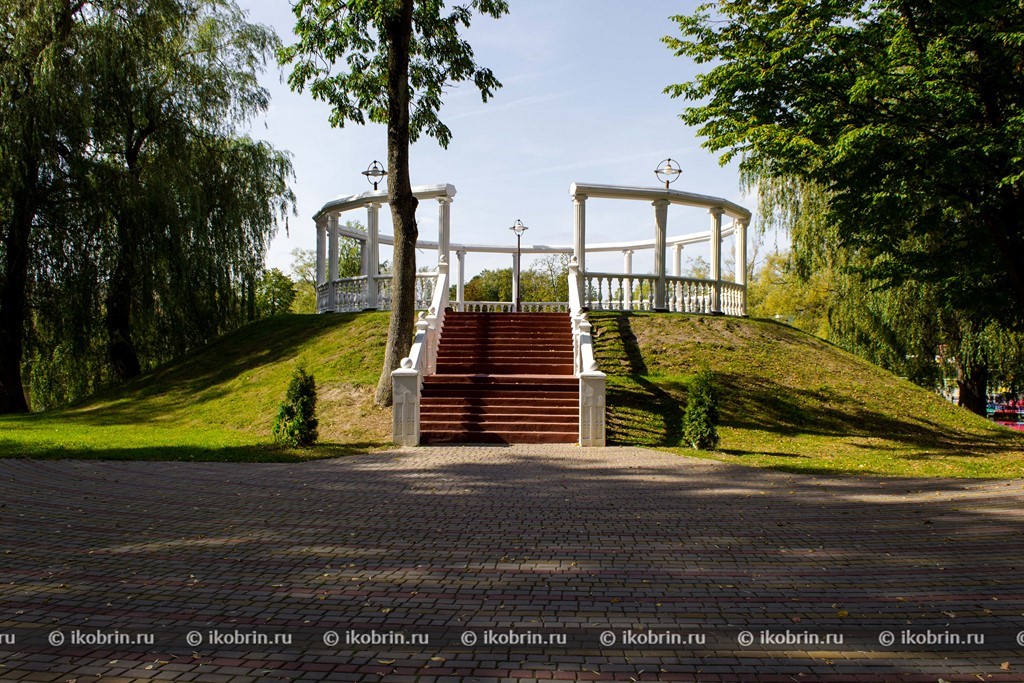 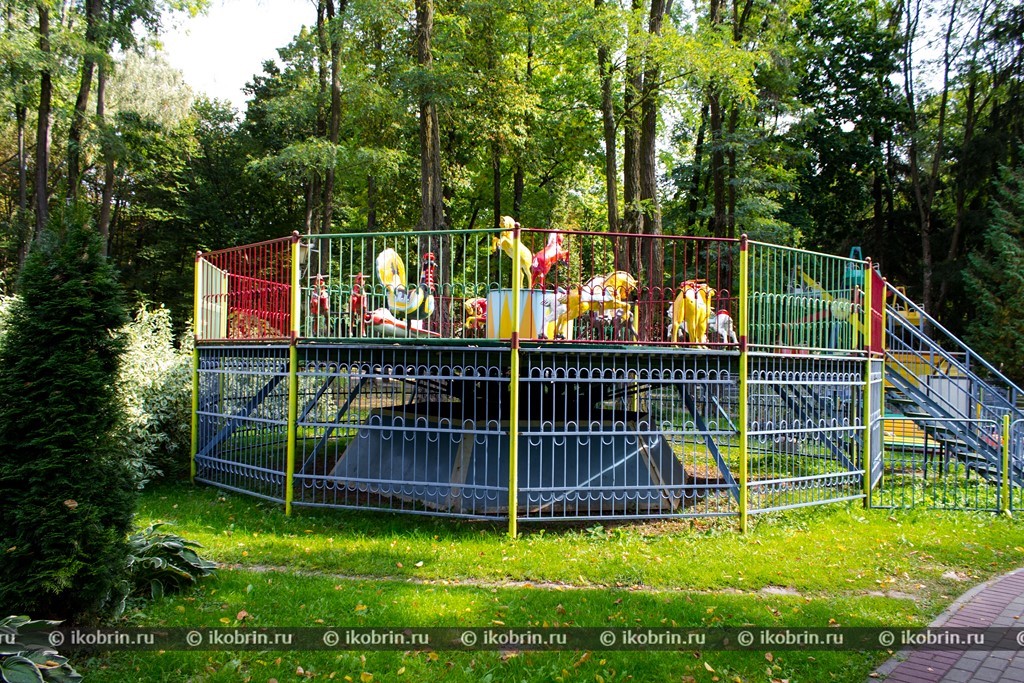 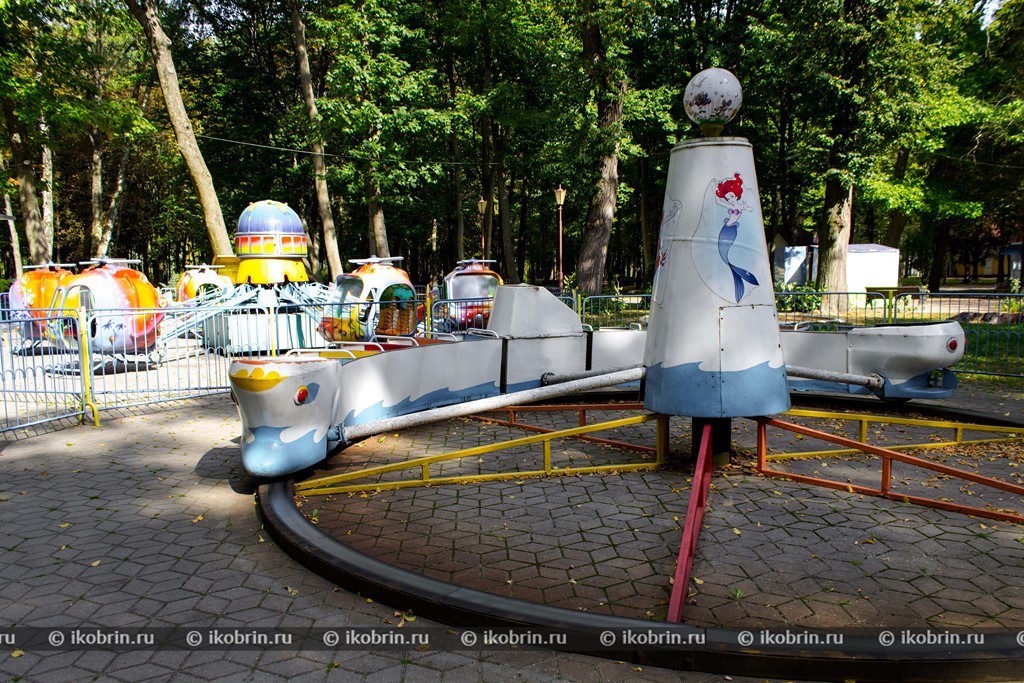 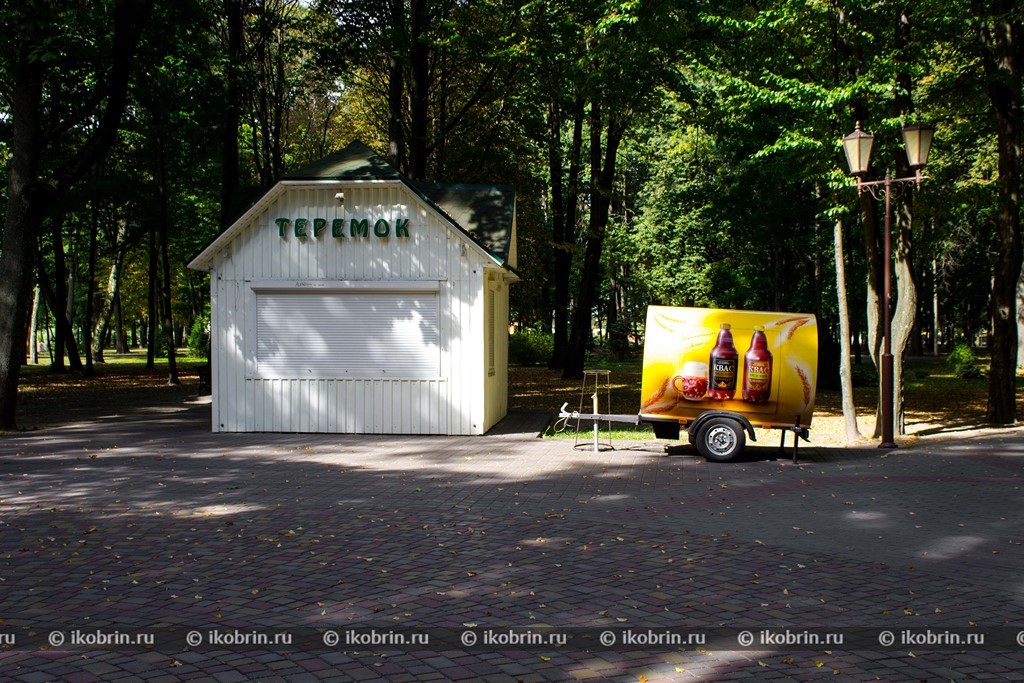 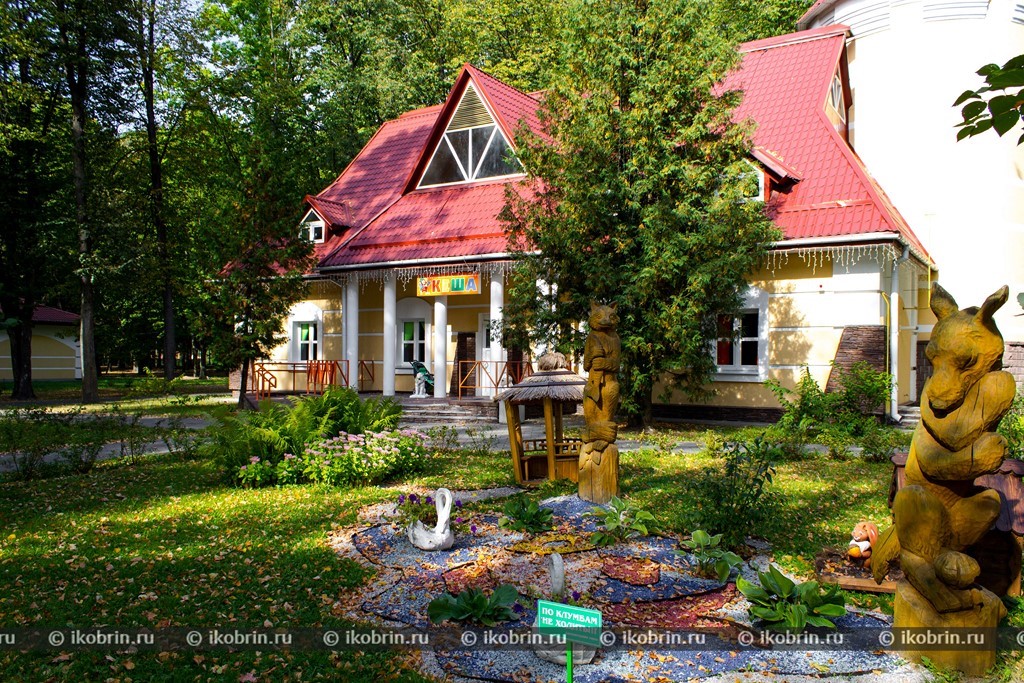 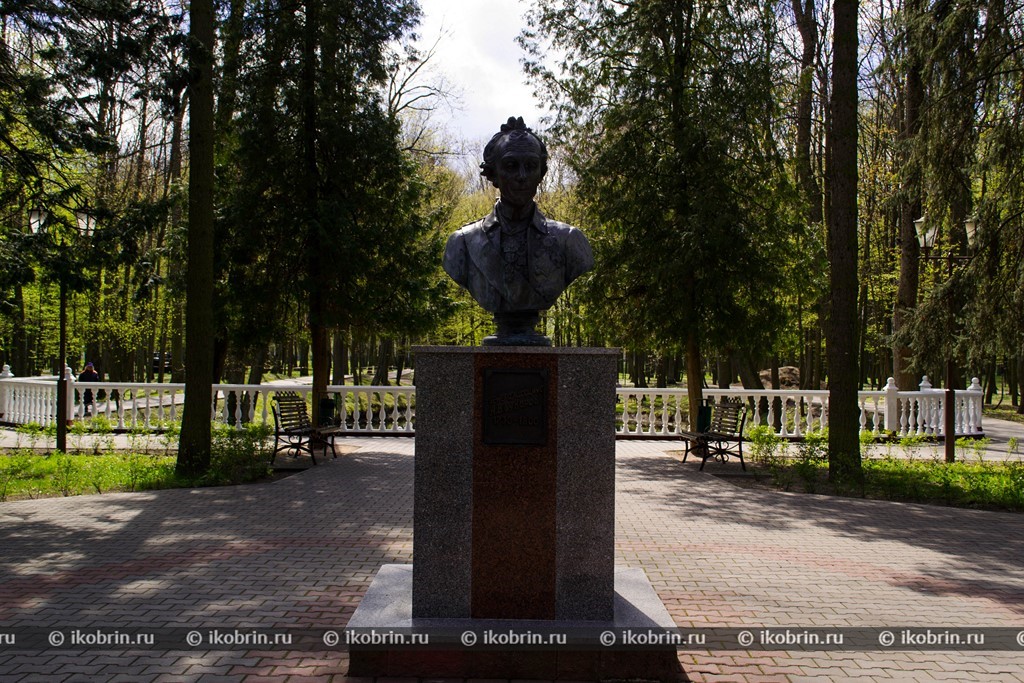 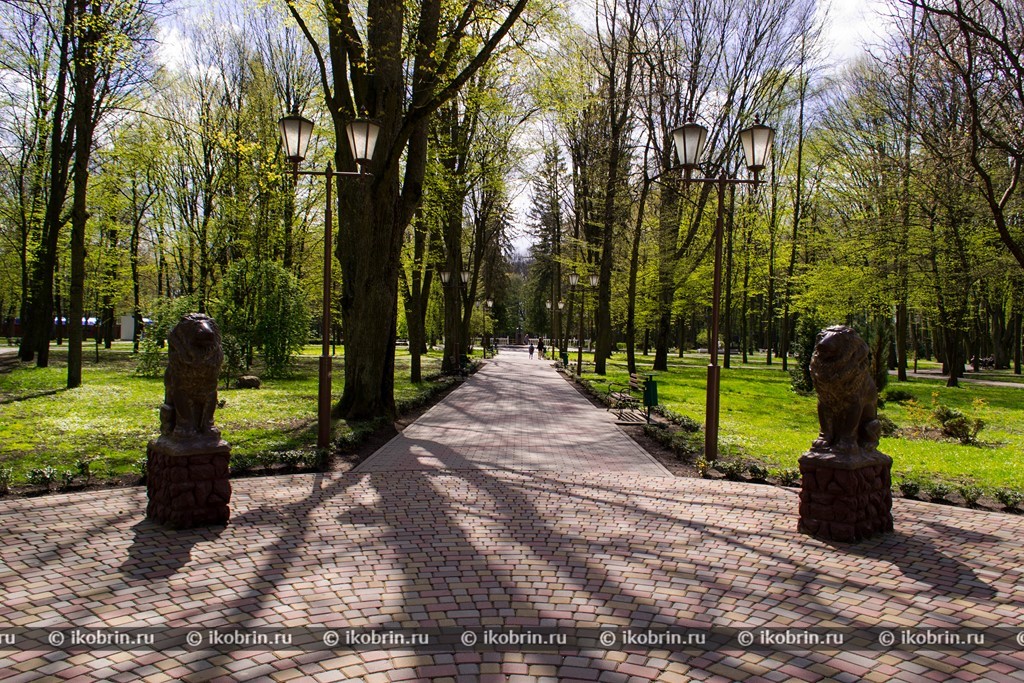 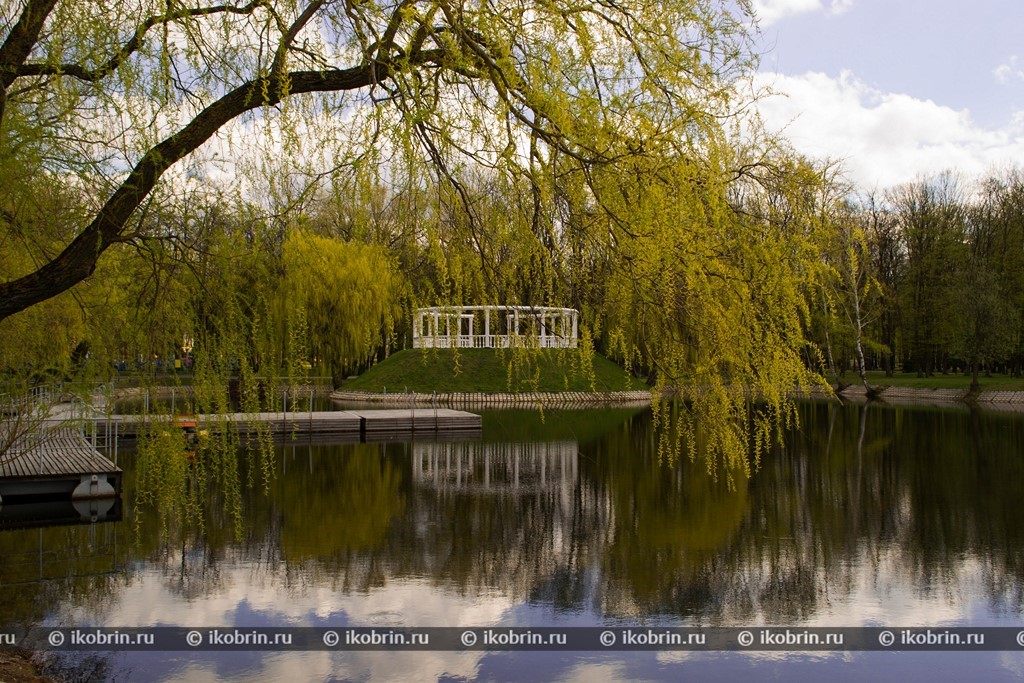 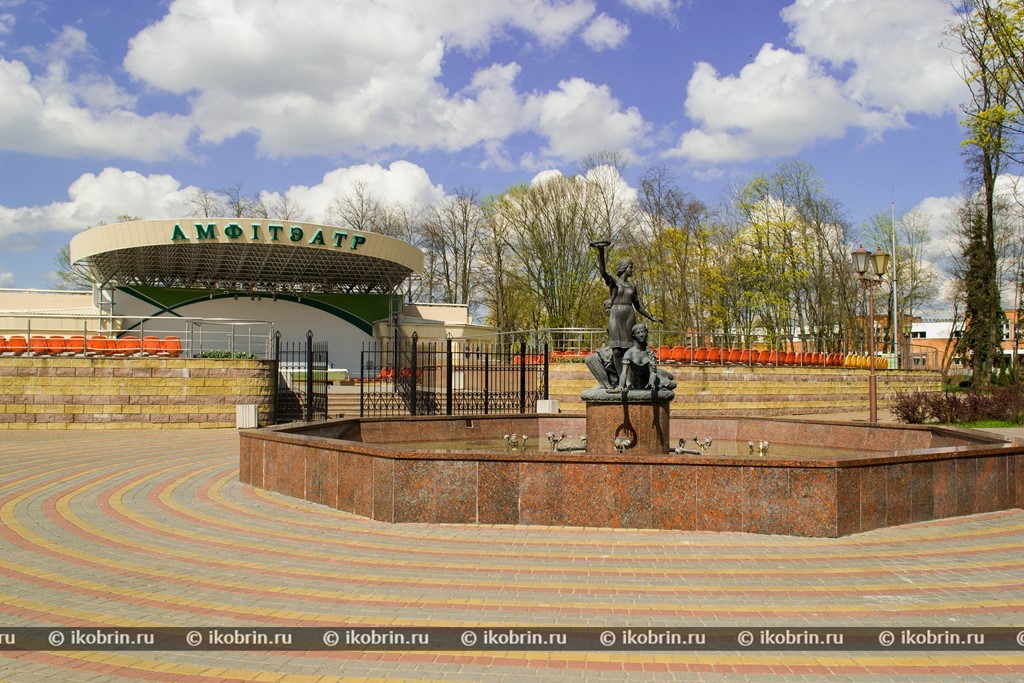