The fountain with sculptural composition of "Kupalle" 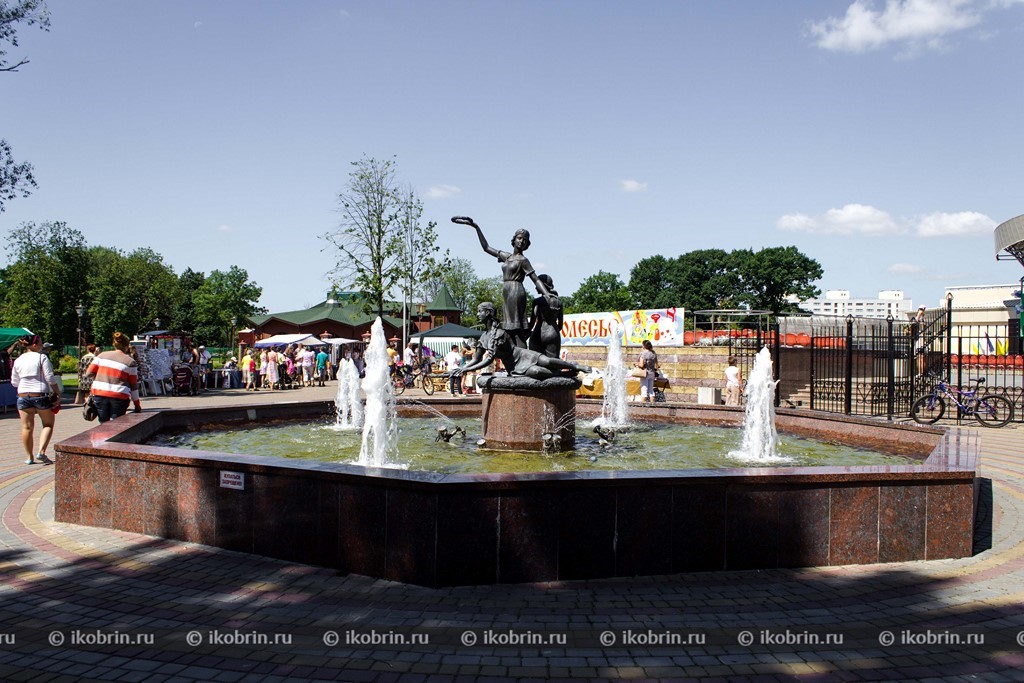 Let's occur at the fountain. This phrase to the kobrinchena began to be said in post-war years. According to old residents, that first city fountain was built by captured Germans. Anyway, but the downtown was decorated for many years by four crocodiles who took place on a high border in the form of a circle, and in the middle of the fountain there was an elephant who lifted a trunk in the sky. At someone even photos where they children, having saddled stone crocodiles, laugh directly in a lens remained. My neigbour, the woman of advanced years, still with a smile remembers how she ran on appointments to that fountain.

When this unusual creation was demolished, many citizens were upset. So always happens if the next thread connecting with the past disappears. Much later to admire artificial mini-falls residents of the regional center began to come to a city recreation park of name A.V. Suvorova. The fountain at "green" theater was placed and did not differ in the special architectural imagination. The small round pool, and in the center – a bowl. Modest streams of water managed to be seen not so often. The fountain operated generally in holidays. However the fact of its existence attracted to itself locals. Here graduates of schools gathered, young mothers with carriages had a rest, elderly couples strolled. And if someone made an appointment in park, the fountain was a reference point in most cases. Now on its place another flaunts.

Exactly to "Dazhynkam-2009" in park there took place reconstruction, updated also this water object was among. It turned out very interestingly. In the center of the big pool polygon sculptural composition with three girls. One costs, having extended a hand with a ready flower wreath, the second sits and spins a tape from flowers, the third, having bent to water, apparently, just about will throw a wreath into the pool. There, from where the high water, sparkling on the June sun fountain columns beat.

The sculpture with the official name "Kupalye" from an easy hand of citizens received other, national name. Somewhere on Plyushchikha there were three poplars, and in Kobrin three maidens appeared. 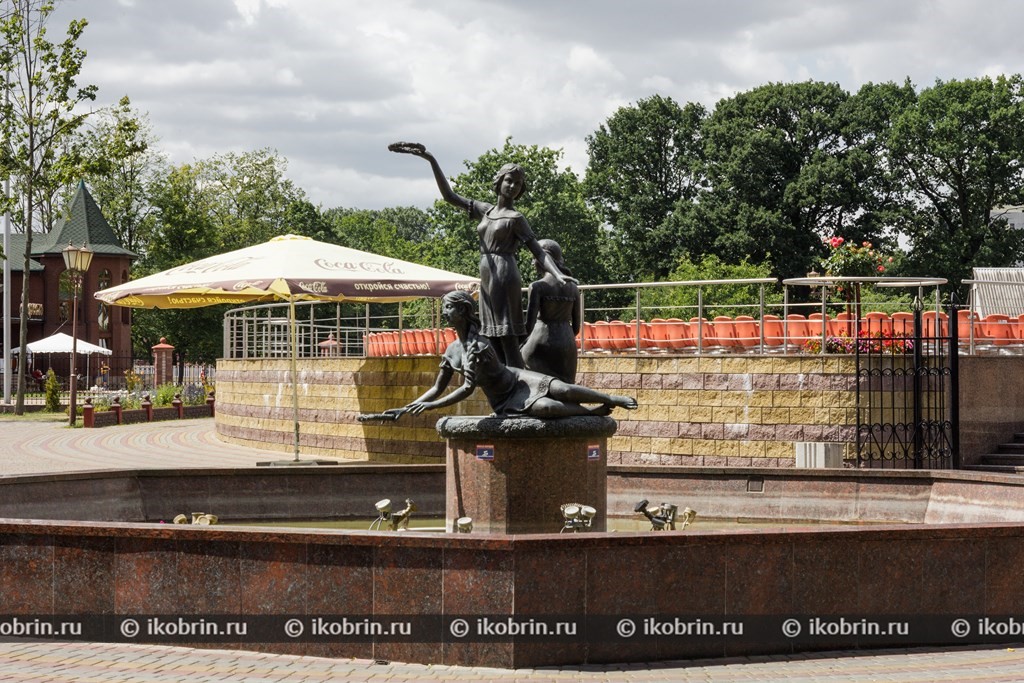 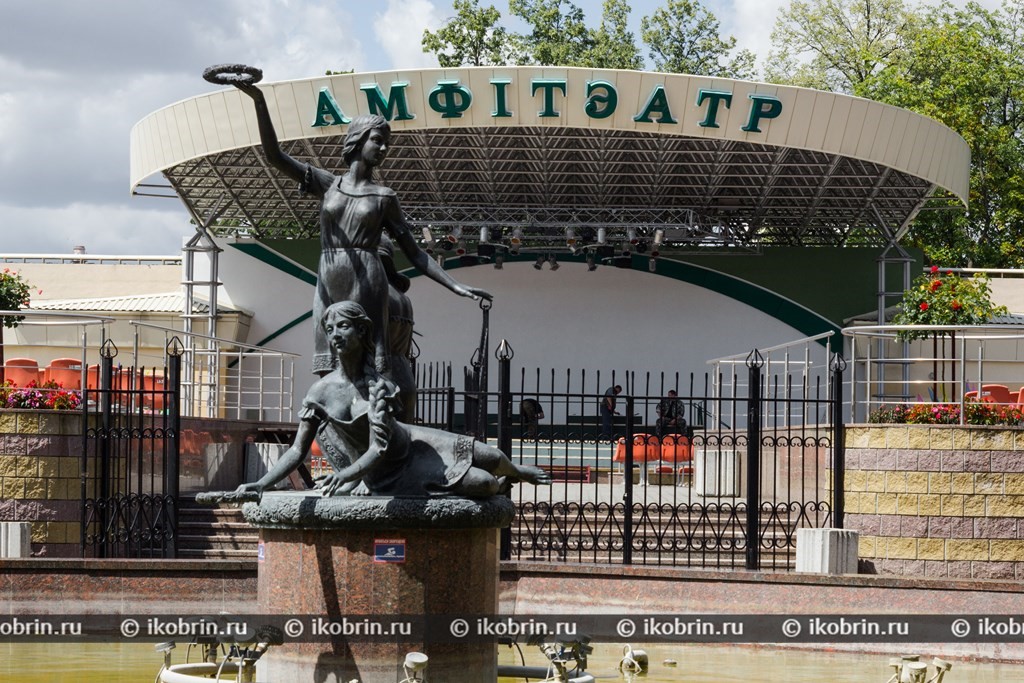 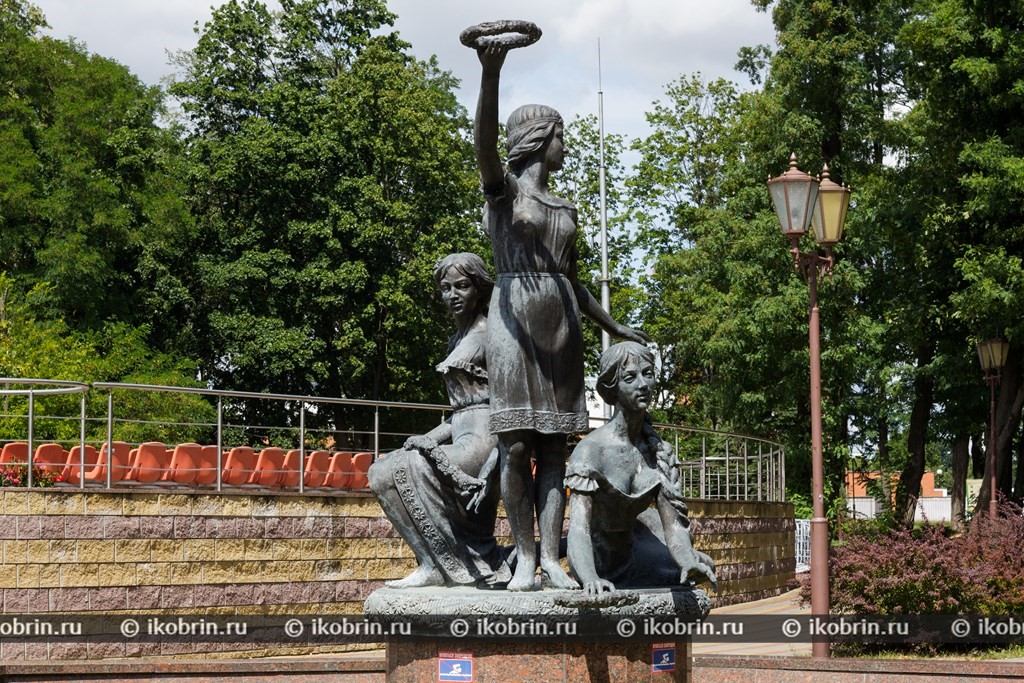 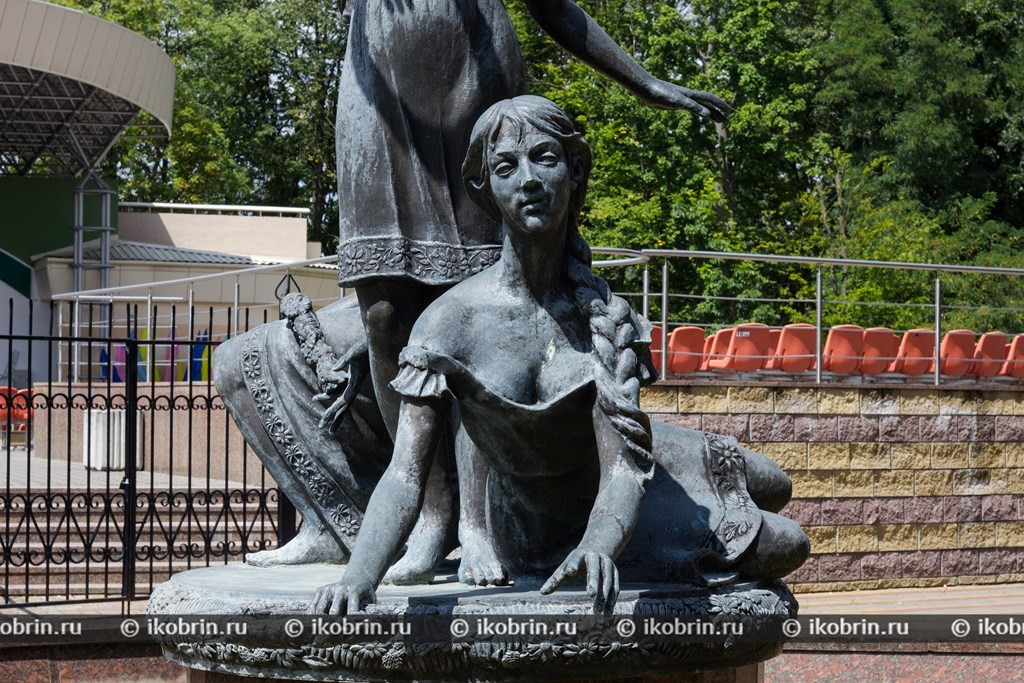 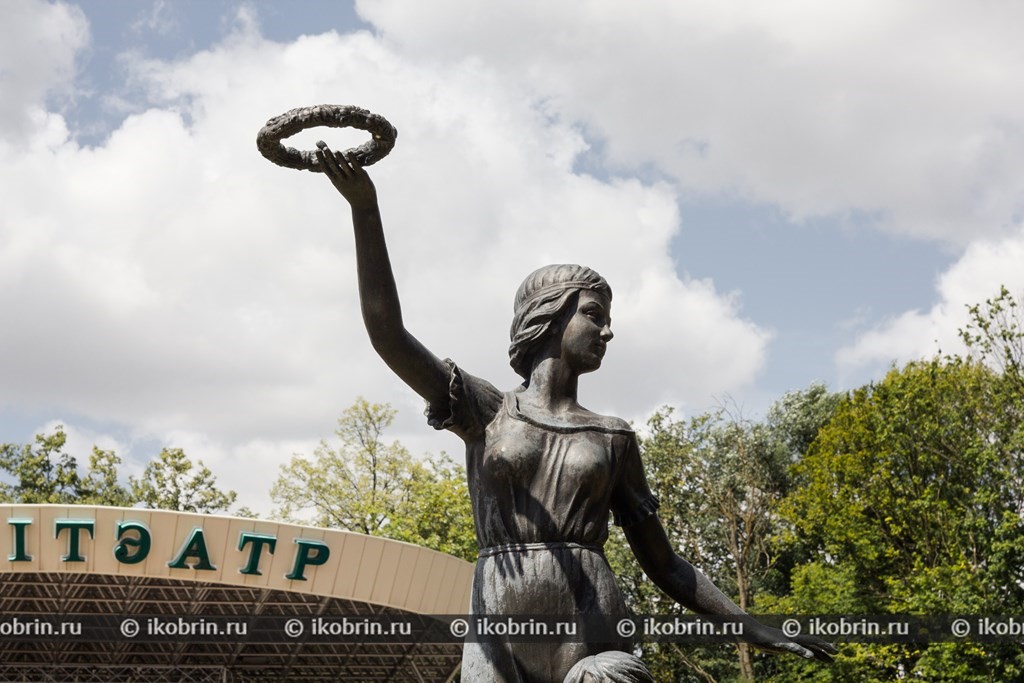