On October 12, 1940 in the territory of Kobrin district 13 village councils are formed. Among them: Zosimovsky, Kozishchensky, Lepesovsky, Eremichsky. The Zosimovsky village council (the center of of Zosima) included 16 settlements. There were 286 yards, 1334 inhabitants, 5368 hectares of the earth, 3 elementary schools, from them 2 Belarusian, one Ukrainian, 3 shops, 2 windmills, the house reading room.

The territory of Bukhovichsky village council is located in the western part of Polesia Lowland, within the Brest Polesia. The surface of the Village Council has a monotonous low-lying relief. The highest mark (153 m) is located in forest area approximately in kilometer on the southeast from of Kozishche, the lowest – in the place of falling of river of Dakhlovk into river Mukhavets in the natural boundary the Pitchfork (141 m).

Climate of Bukhovichsky village council moderate and continental, unstable and damp, with warm summer and in rather soft winter. Air masses of generally western transfer during the warm period and prevalence of east transfer in the winter. Average annual air temperatures make +7.2 °C. The coldest month - January, the warmest - July. An amount of precipitation about 550 mm a year.

Across the territory of the residential district the rivers Dakhlovka and Mukhavets flow, there are artificial reservoirs near of Podolesye, Evsimovichi, Eryomichi, there is a big network of meliorative channels, and also the pits filled with water.

The small part of village council is engaged at the northeast with forest area of the mixed type, with prevalence of a pine. There are birchwoods, alder thickets, small plantings of an oak and an ash-tree. The following species of plants included in the Red List of Republic of Belarus meet: kasatik Siberian, water-lily white, ivy ordinary, censer Sarmatian. On the most part of the territory cultural plants and introduced species grow.

Data on number of farms and population for January 1, 2013.

Across the territory of the Bukhovichsky Village Council routes of republican P2 value (Kobrin – Columns) and P102 are laid (Kobrin – Kamenets). There is a wide network of local roads. All settlements are connected by roads having either an asphalt, or gravel covering. There passes the branch of the Friendship oil pipeline.

And also there is a network of establishments of trade of various forms of ownership, two complex places of acceptance and baths. The religious organizations are presented by four Orthodox churches (Bukhovichi, of Kozishche. Birch, Eryomichi) and one Christiaan of belief evangelical (. Name-day). Public association "Belarusian charitable society "Emanuil". 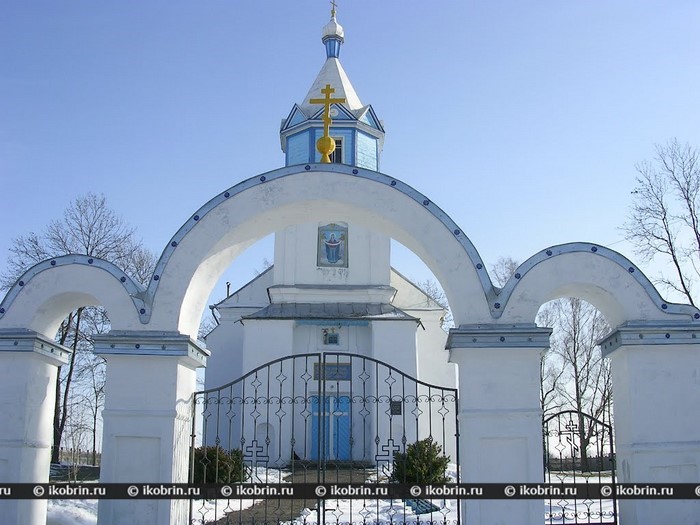 Sacred Church of the Intercession in the village Bukhovichi