Others said that the name of the village came from the word "midwife" - the earth where people lodged was infertile and weeds which curled, trudged on the ground grew on it in a large number. This weed and in the people is called now "midwife". 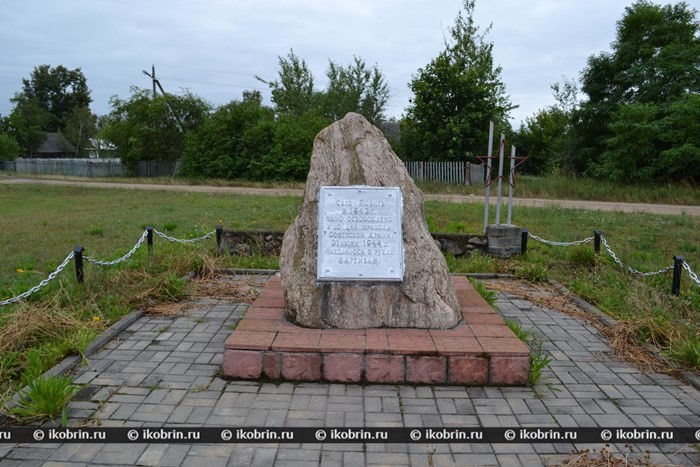 Since 1795 the village of Povitye is in structure of the Russian Empire, in the Volynsk province. Since 1921 is a part of Poland, in the Lelikovsky gmena of the Kamen-Kashirsky volost of the Polesia voivodeship. In N. Teodorovich's book the village of Povitye for 1898 is described. In this book it is written that the village of Povitye is located on the plain and almost from all directions it is surrounded with Pinsky bogs, in three kilometers from the village the Orekhovsky channel proceeds. Dirt roads are paved on the drift sands and dams arranged with the most part among bogs. The soil is sandy, sandy loam and peat, climate crude meets, favors to development of fever and other catarrhal diseases.

In days of the Great Patriotic War of 1941-1945 in Povityevsky village council 170 people died, did not return from the front of 48 people. In the village of Povitye on a cemetery there is a mass grave where 16 guerrillas and civilians who died in the years of war are buried, in 1967 on a grave the obelisk is established. Also in the territory of a cemetery there is a mass grave where are buried 4 guerrilla and the civilian. In the center of the village at the Recreation center building in memory of 76 fellow countrymen who died in fight against fascist aggressors the obelisk is established, and in 1982 the monument – a sculpture – "The grieving mother" is established in the same place.

The village is located on the sandy island among the drained bogs of Polesia Lowland. Average height of the settlement over level makes 145 meters. Formation of climate of the territory of the Village Council is in a direct connection with the general air circulation, an essential role in which play air masses of the western Atlantic transfer. For a year they bring moisture, strengthening fluctuations and reducing amplitude of winter and summer temperatures. In winter time they bring frosty, solar, almost windless weather, and in summertime - hot, clear and almost windless weather. In sharp fall of temperature influence of the Arctic is shown in the winter. In the spring and in September pressure of air goes down to 742 mm Hg.

It increases activity of fronts and causes cyclonic character of weather. In the summer amplitude of fluctuations is small therefore also weather is steadier. Within a year air masses of the western Atlantic transfer prevail. They promote increase of relative humidity of air: in winter time it reaches 80 – 85%, and in the spring, in connection with increase of positive temperatures, falls to 60%, in the summer - to 50-55%.

The Bezmorozny period lasts usually about 256 days. Duration of the cold period includes 109-110 days. Average monthly air temperature in July fluctuates within +18–19 °C, in January of-3,5-5 °C. Within a year the western winds prevail. On average in a year about 540 mm of rainfall drop out. Their main quantity falls on the warm period of a season. In the winter thaw is frequent, snow cover is unstable and averages 10 – 15 cm. In the spring and in the summer droughts are frequent, on peat bogs frosts are possible.

Despite existence of separate adverse climatic factors - unstable character of weather in the spring and in the fall, winter, soft with long thaw, often rainy summer, a lack of moisture at the beginning of summer, late spring and early autumn frosts and others — the climate of the area in general is favorable for economic activity of the person.

In the territory of the Village Council there is a large number of the channels dug in the 60-70th years in the drying purposes. The largest is the channel Orekhovsky. Orekhovets in the Volynsk area begins from the lake, falls into the Dnieper and Bugsky canal. Length is 34 km. It is constructed in 1905, reconstructed in 1973. To the North from the settlement is vdkhr. Orekhovskoye. In the territory of a reservoir the farm "Yellow Lilia" which is engaged in fish farming and further sale of fish is created.

On a reservoir the following specific structure of fishes is presented: carp, crucian, pike, bream, pike perch, som, rudd, small fry, cupid, tolstolob, ide, perch. The Orekhovsky reservoir is created in 1990, located in 2 kilometers to the north of the village of Povitje. The reservoir - bulk, seasonal regulation, filling is carried out at the expense of a drain from a catchment area of the meliorative Orekhovskaya system. The area of a reservoir - 1,45 sq.km, average depth - 4,57 m. Water volume - 639 million m3. The area of a reservoir in an alignment of pump station - 38,5 sq.km. Average annual a drain for the long-term period - 3,73 million m3. The high water falls on March - April. The food of a reservoir - mixed with prevalence snow.

Structure of constructions of the water-engineering system: a dam, lovchy channels, the bringing channel, the combined with a spillway and pump station. The protecting dam - earth, 4520 m long, bulk, trained, with fastening of slopes at the expense of a grass cover. The maximum height of a dam – 4,2 m, dam width on a crest — 4,5 m. Along a local slope of a dam - two lovchy channels for interception of filtrational waters 2430 m long everyone. Water supply on moistening is carried out on channels of meliorative system.

Pochvoobrazuyushchy breeds are coherent, the friable fine-grained sand or friable sandy sandy loams which are replaced from depth of 0,2 - 0,3 m friable lake and alluvial sand, places at a depth of 1,5 - 2,0 m spread by a moraine are more rare. The main types of soils are peat and marsh and cespitose and podsolic boggy. It is connected with an arrangement of ground waters, close to a surface, and uniformity of the territory.

The territory of the Village Council belongs to Orekhovskoye branch, the belonging state of emergency "Brestvtorchermet". The area of the farmland makes 3879 hectares, of them an arable land – 2381 hectares, meadows – 1498 hectares. Fields are sowed with generally grain crops – corn (700 hectares), triticale (370 hectares), barley (340 hectares), annual herbs (300 hectares), wheat (180 hectares), rye (170 hectares), leguminous (130 hectares). From oil-bearing crops colza (100 hectares) is grown up. Average productivity grain for 2012 made 34,3 c/hectare, all 3239,8 tons are collected. The livestock sphere is occupied with cultivation of cows (730) and pigs (1286).

The average yield of milk from one cow makes a little more than 5 liters. Level of profitability of economy makes 14,8% that is rather high rate for agriculture.

Through the village of Povitye there passes Divin-Radostovo-Drogichin Highway dividing the settlement on northern and southern speak rapidly. On character of a paving dirt and gravel roads prevail. At the same time to all important social objects there are asphalted roads. With the regional center the regular transport connection is adjusted. Regular buses and minibuses of 6 times a day transport passengers along a route Kobrin-Povitye.

In the territory of Povityevsky village council are available: Svyato-Rozhdestvo-Bogoroditskaya the church – is constructed in 1911; House of a prayer of Evangelical Christians; Povityevsky high school; Medical out-patient clinic; Recreation center.

In one building mail, bank, the agricultural enterprise Orekhovskoye branch of Brestvtorchermet private enterprise, point of protection of a law and order are placed. 4 shops of Kobrin RAYPO – 3 food, 1 industrial and cafe are placed. Also 2 private shops work. once a week the bath and 2 – a hairdressing salon works. 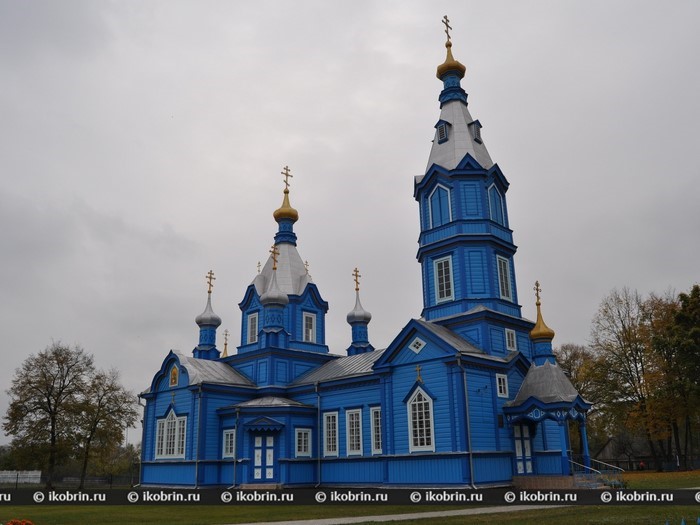 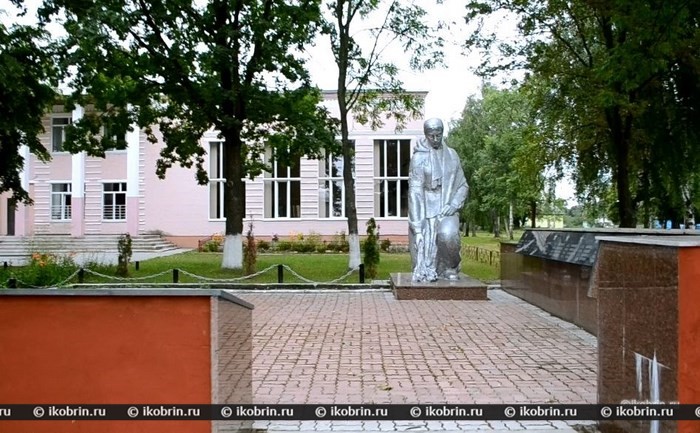