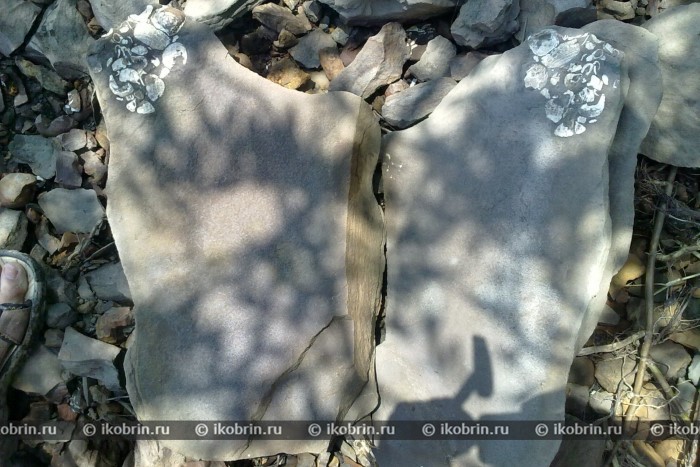 Phosphorites - sedimentary rocks, it is more than for 50% put by phosphatic minerals. Phosphorites are important mineral as raw materials for production of mineral fertilizers. Phosphorites are put by the calcic phosphates relating to group of apatite, more precisely than a ftorapatit. Mineralogical phosphorites are rather monotonous therefore their main classification - structural.

Origin of phosphorites. There is no uniform mechanism of an origin of phosphorites, they are formed of different sources, different ways and in various situations. The main source of phosphorus are live organisms - phosphorus is a biogenous element. Also significant amount (however it is many times less, than in organisms) is dissolved in sea waters. The ratio of annual receipt to the ocean at demolition from continents and from a hydroterm is not established, but already rough calculation shows sharp prevalence of a role of demolition though the question demands additional studying and the accounting of an endogenous source of phosphorus.

The mechanical way of accumulation of phosphorites is rather obvious (however it is secondary): for all detrital and oolitic differences. Even if signs of an okatyvaniye do not develop, mechanical process of accumulation is demonstrated by the combination of material indicating condensation of tumors, oolites, koprolit, sinks and other large grains as a result of a peremyv of rainfall with scattered large fragments. Process of condensation plays a major role in formation of ore layers of phosphorite. Primary accumulation of phosphates can happen in the biological or chemical way.

The biological form of primary accumulation of phosphates easily is established for rakushnyakovy phosphorites (brakhiopodovy, ammonitovy, etc.) and bone phosphorites. At dying off and death of the organisms which saved up phosphatic connections in the skeletons, their remains collect and create primary fosforitovy layer. However the main stores of biogenous phosphates are microbic communities of bacteria and cyanobionts (Mikhaylova, 2006) whose activity produces intensive sedimentation from water of fosfatosoderzhashchy connections. Besides, in many mesozoic fosforitovy concretions concretions numerous ammonites and clams are buried. These organisms after their death became the centers of crystallization of phosphates as phosphorus sources at their decomposition by bacteria. So in a section at the village of Glebovo on the bank of the Rybinsk reservoir in the Yaroslavl region in sand and sandstones of the zone Epivirgatites nikitini (top Yura, Volga regioyarus) the concretions of phosphorite disseminated in a layer mark places of burial of the remains of mollusks (Kiselyov, etc., 2003). Black color of concretions testifies to a large amount of organic carbon in them.

However the most part of phosphorites is deprived of visible fossils, or is poor in them. The Hemogenny hypothesis of formation of phosphorites was offered by A.V. Kazakov in 1939. The author proceeded from the facts established by that time: exclusive poverty phosphorus (5-10 mg/m3) of a surface water because of its vigorous extraction by plankton and other organisms and repeated (in tens and hundreds of times) increases of maintenance of P2O5 with depth (to 300 mg/m3 and more) where phosphorus is released from the settling dead of plankton. The high pressure and low temperatures at a depth lead also to sharp increase of maintenance of CO2 and solubility of carbonates. At dissolution of carbonate sinks phosphorus is released from them that increases their concentration at a depth even more. If these waters in the course of an upwelling rise to a surface where pressure many times over decreases and temperature of waters, then CO2 and other dissolved gases increases will begin to be allocated vigorously in the atmosphere, and the salts withheld by them in solution to be besieged from peresyshchenny solutions. Together with them also the phosphates enriching carbonate clay and alevritovy facies of the shelf and the top part of a continental slope are besieged. However by means of Kazakov's mechanism only the phosphorites disseminated in other breeds which are not forming fields collect.

G. I. Bushinsky still in 40-x began to develop years the diagenetichesky theory of formation of phosphorites because in silt waters of rainfall the maintenance of P2O5 dostirayet 2500 mg/m3. These waters which are contained in a friable deposit are a source of formation of microconcretions - oolites and other sferoagregat. The remains of organisms which are constantly besieged from thickness of water are a source of phosphorus. At their decomposition is released and moves on draft to certain centers with the lowered pH (for example, to the decaying fossils) and concentrates in the form of larger educations there. It occurs as in the conditions of open system, i.e. in a syngenesis stage (for example, vodoroslevy mats fosfatizirutsya), and is slightly deeper, at diagenesis, but is rather close to a deposit surface. Therefore often such rainfall is washed up and condensed.

Also (very seldom) gidrotermalno-hemogenny phosphorites, for example meter layer in effusive suite of Mtavari (the top chalk, Georgia) meet. Thus, the majority of phosphorites is formed biogenous hemogennym in the way, and the main source of phosphorus are the remains of organisms. Rather often formed phosphorites are washed up and condensed.

60% of the phosphatic breeds got in the USA are used for production of agricultural fertilizers. About 25% go for receiving elementary phosphorus on the basis of which organic and inorganic chemical compounds are created. The remained 15% are exported mainly to other countries where from them fertilizers are besides made.