Ponyatovsky Stanisêaw II August (Poniatowski) (on January 17, 1732, Volchin, Poland — on February 12, 1798, St. Petersburg), the last king of the Polish-Lithuanian Commonwealth in 1764-1795. Son of the Krakow kashtelyan of Stanislav Ponyatovsky and Constantius Ponyatovskoy, nee princess Chartoryyskaya. After death of the king Augustus III it was proposed as Chartoryysky' party the candidate for a throne of the Polish-Lithuanian Commonwealth and in 1764 it is elected the king. 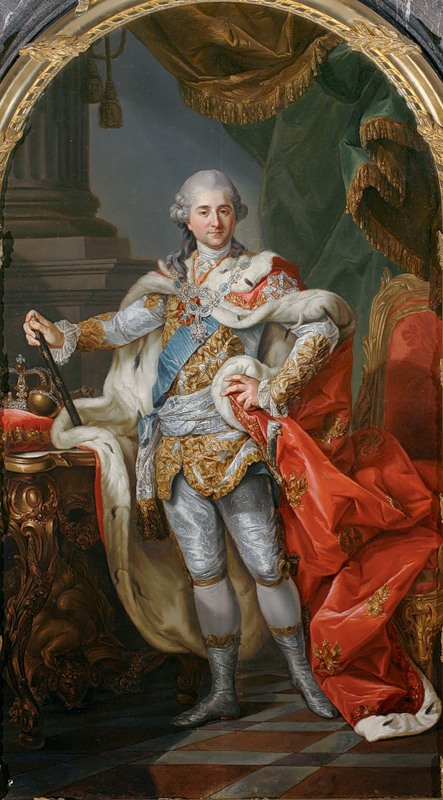 Election as the king of the natural Pole in which veins blood of an ancient dynasty Pyastov flew (see PYaSTY), caused enthusiasm of the Polish patriots. The new king differed in good-natured character, was a witty and pleasant interlocutor, loved gloss of a social life. Its superficial education and, as a result of it, superficial knowledge in sciences was compensated by cares of development of the Polish system of education. Special delights in Warsaw caused guest-nights at court on Thursdays when all color of the Polish art, literary and scientific world gathered.
The fan of the fair sex, Stanislav Augustus willingly moved towards wishes of the numerous ladies of the Polish high society who were considering it as honor for themselves to become the royal mistress.
On this wave of public support Stanislav Augustus carried out some reforms directed to centralization of the government and restriction of an oligarchical arbitrariness. During the first rule Stanislav Augustus Ponyatovsky began transformations in treasury, stamping of money, in army (having entered new types of weapon and having replaced a cavalry with infantry), in the state prize system, legislative system. Sought to cancel "liberum veto" allowing any member of Diet to impose a ban on any decision.

Stanislav Ponyatovsky, having before itself a bitter experience of Stanislav Leshchinsky, tried to neutralize a legendary paternoster "for a sin of the ancestor Boleslav". In expiation of the broken tradition of crowning in 1764 in Warsaw, but not in Krakow, the newly elected king decided to ask forgiveness for Saint Stanislav of the patron of Poland, in a different way — having founded in 1765. Order of Saint Stanislaus. This Award became the second, after the highest state award of the Polish-Lithuanian Commonwealth – Awards of the White Eagle, the state award of Poland. 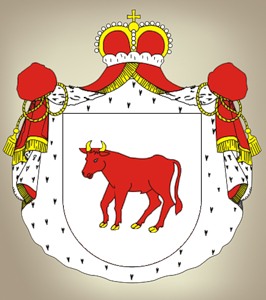 Since 1767 dissatisfied policy of Ponyatovsky of group of a shlyakhta with assistance of the neighboring powers of Russia and Prussia united in confederation. The so-called Repninsky Diet at the end of 1767 — the beginning of 1768 (so by name the representative Catherine II of N. V. Repnin who was actually dictating decisions is called), confirmed the "cardinal rights" guaranteeing shlyakhetsky freedoms and privileges and proclaimed an equalization of rights of Orthodox Christians and Protestants with Catholics. The conservative shlyakhta dissatisfied with these postulates and the pro-Russian orientation of Ponyatovsky united in the armed union — Lordly confederation. The begun civil war caused intervention of the neighboring powers and entailed the first section of the Polish-Lithuanian Commonwealth in 1772.

In 1766 according to instructions of the king Stanislav Augustus Ponyatovsky Kobrin it was deprived of the Magdebourg right. In 1655 the crown chancellor of the Polish-Lithuanian Commonwealth Yury Ossolinsky on diet for the first time voiced idea of construction of the ship canal connecting the basins of Pripyat and Bug. The engineering design was developed by the royal topographer F. Chaki in 1766. In 1770 the project was submitted to the king Stanislav Augustus Ponyatovsky, and works on a construction of the channel began in 1775 - then the first site of 8 km was dug. Schultz who is written out from Sweden directed works "geometrics and gidravlik". Works on construction of the channel were ended in the 1783rd year. As a result the waterway Mukhavets who connected the rivers near of Mukhovloki (near Kobrin) and to Ping near Kuzhelichin turned out (in the south from Ivanov). Construction of the channel cost 1 million zloties - much cheaper, than construction of the channel of Oginsky. In the spring of 1784 at the initiative of Mateusz Butrimovich a caravan from 10 vessels "shugaleev",
loaded smoked fish, mushrooms, honey, wax and other local goods, for the first time went on the channel from Pinsk to Warsaw and further to Gdansk where was considerable surprising and interest to locals. About it even the silver commemorative medal was rapped out. In September of the same year the built channel was visited by the king Stanislav Augustus who officially opened navigation on the channel, having floated on it with suite in 40 people on the vessel hollowed from one oak trunk. The king spent four days in the town of Gorodets near Kobrin where the ceremonial opening of the channel took place - since then the channel began to be called precisely Royal. 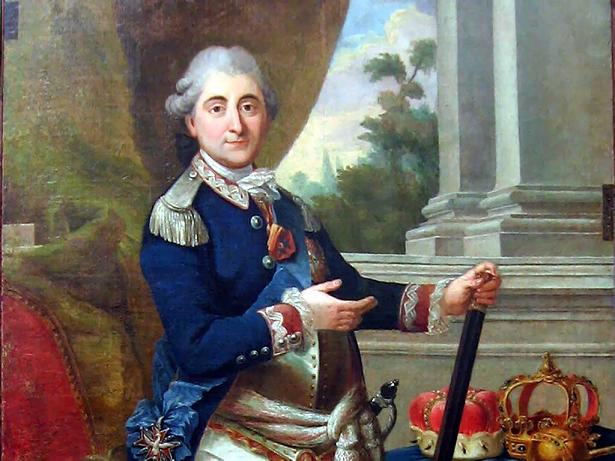 After adoption on May 3, 1791 of the new constitution with performance of Targovitsky confederation and intervention, at the request of confederates, the Russian troops, the Russian-Polish war of 1792 began. With its termination in 1793 there came the second section of the Polish-Lithuanian Commonwealth (between Prussia and Russia). After suppression of revolt under the leadership of Tadeush Kosciusko in 1795 Stanislav Augustus Ponyatovsky left Warsaw and under escort of 120 Russian dragoons arrived to Grodno under guardianship and supervision of the Russian deputy where signed the act of renunciation of the Polish-Lithuanian Commonwealth throne on November 25, 1795, in day of a name-day of the Russian empress.

Spent the last years of life in St. Petersburg. It was buried in Saint Catherine of Alexandria's Church.

P.S.: When the country became Soviet, and the authorities decided that the church on the Nevsky needs to be demolished, Stalin suggested Poland "to take away the king". And this "curtsey" had bear grace because most of Poles perceived Ponyatovsky as "grave-digger" of the Polish-Lithuanian Commonwealth – the main responsible for disintegration of the country. In minority there were those who esteemed it the patron at whom the science and culture promptly developed.

Nevertheless, it was impossible to refuse Stalin's proposal, and Poland began to look for the place for burial. To place remains in the Vavelsky church in Krakow where kings of Poland and heroes of the nation were based, did not decide. Therefore defined that the coffin quietly and without any honors will be placed in a church of the Holy Trinity in the former family manor of Ponyatovsky in Volchin near Brest.

Late evening on July 14, 1938 here in the conditions of strict privacy from the Soviet Leningrad transported a coffin with remains of the last king of the Polish-Lithuanian Commonwealth. Still in the village there are people who remember that rainy summer evening of the 38th year.

Long time the version took place that Ponyatovsky's body in Volchin never and was. That allegedly in St. Petersburg during floods of Neva as a result of flooding of cellars of a church of Saint Ekaterina the king's body completely decayed. And in three coffins brought "baby's dummy" to a church of the Holy Trinity.

Therefore the question of location of remains of the last Polish monarch more than half a century haunted researchers.

Only in 1989 the Belarusian experts made an attempt to find in Volchin for any proofs of presence here of royal remains. But only parts of an oak coffin were found. They were placed in a sarcophagus which in 1995 was established in Warsaw, in Saint Yang's church where Stanislav Ponyatovsky was crowned.

However the Belarusian scientists investigated a crypt and scientifically confirmed that burial was valid there – fragments of clothes with the royal Polish coats of arms are found.
Also the set of bones was found, but later it turned out that it is bones of animals. The subsequent expedition from Poland, literally sifted all earth in the place of burial, but the result was negative – human remains are not found.