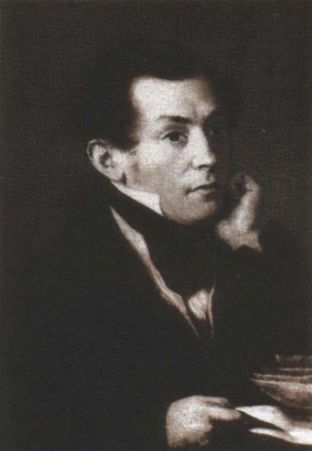 Mickiewicz Alexander Nikolaevich (the brother of the Polish poet Mickiewicz), was born in 1804; got an education at Vilensky university from which graduated with the candidate's degree in 1823; in a period of 1823 - 1824, with the purpose to examine practical office-work and Russian, he was engaged in office of the general manager in forest part Volynsk lips.; in 1824 went to St. Petersburg, and then to Moscow, for acquaintance with teaching sciences at universities; after representation in 1827 of the thesis of "De nominis pignore" (on latinsk. language.) on degree of the master of jurisprudence and an ecclesiastical law (utriusqne juris), it was approved in required degree and the same year came on service to the Volynsk lyceum the teacher of the Roman right and civil Polish-Lithuanian law. During teaching in Volynsk lyceum Mickiewicz wrote in Polish several compositions on stories of the Polish-Lithuanian right and made the guides to the objects taught them; all these compositions were approved for printing, but only one was printed: "About influence of the Roman zayokonodatelstvo on the legislation Polish-Lithuanian". (Warsaw, 1827). After moving of the Volynsk lyceum to Kiev, Mickiewicz, remaining as the teacher, it was attached in 1833 to the trustee of the Kiev educational district for classes in the structure of schools; on orders of the trustee he researched the affairs which arose between tenants of lyceum manors and management, worked on a carrying out of the trustee project of the structure of parish schools, and was engaged in reduction in popularity fundushy these schools and calculation of shortages on fundusha on the basis of documents of archive and records at parish tserkva, made rules of the structure of libraries at gymnasiums, was engaged in censorship of the speeches prepared by teachers for pronouncing and so forth. After establishment of university of St. Vladimir to the place of the closed lyceum, Mickiewicz was left the teacher of the Roman right and appointed the board member of university; moreover, he held some time a position of the adviser of fundushevy office, was a member of uchilishchny committee; during the whole time of the service at the Kiev university, consisted the member of the commission for a proyoizvodstvo of entrance examinations in objects of general history of French. In 1835. Mickiewicz was approved as extraordinary professor of department of the Roman right; from May 18, 1835 to October 19 the same year consisted the secretary of faculty; On June 17, 1836 it was approved as ordinary professor, and on January 29, 1838 it is moved by ordinary professor to the Kharkiv university. Mickiewicz printed: 1) "A review of the systems of philosophy formed in France". St.-Petersburg, magazine "Tygodnik". 2) The translation of lectures of professor Maksimovich in the Polish language. "About a word meaning and literature". Ibid. 1835. All other compositions of Mickiewicz - on stories of the Roman and Polish-Lithuanian right, number to 20, remained nenapechanny. E. I — century.

At the Kharkiv university at the request of council Mickiewicz read on the solemn act of university, on August 30, 1848 the speech in Latin: "De juris Romani indole" which was printed. On the occasion of an assignment to the anatomist Kunitsyn of correction of a position of the rector before new elections, he, Mickiewicz as remained after Kunitsyn Sr. on points the candidate, it is confirmed to the post of the dean of law department, before future elections, on March 30, 1849, corrected the dean's position till January 1, 1850. On a period of service of the 25th summer term on a teaching department, Mickiewicz was left on service, for 5 years; but the expiration of this fifth anniversary, on December 22, 1857, refused secondary election and petitioned for dismissal from service. Under the Royal order it is dismissed from service, with a uniform and pension, on August 3, 1858. Were transferred to the author by the land owner of the Zmeevsky County Zaparoyu of "A note on lectures of the prof. Mickiewicz" from which it is visible that professional. Mickiewicz was directed when reading history of the Roman right the textbook of the German professor Tsimmern, and accepted system of the Roman right according to the textbook of the German professor Makeldey translated earlier to Russian by the prof. Kambek. L. N. Zagursky.

In the middle of the 19th century he bought a manor "Province" in Kobrin which once belonged to A. V. Suvorov. After the death in 1871 he was buried in Kobrin on a cemetery about a church of the Assumption of Blessed Virgin of Maria. On a grave – perfectly executed monument in the form of the grieving angel. 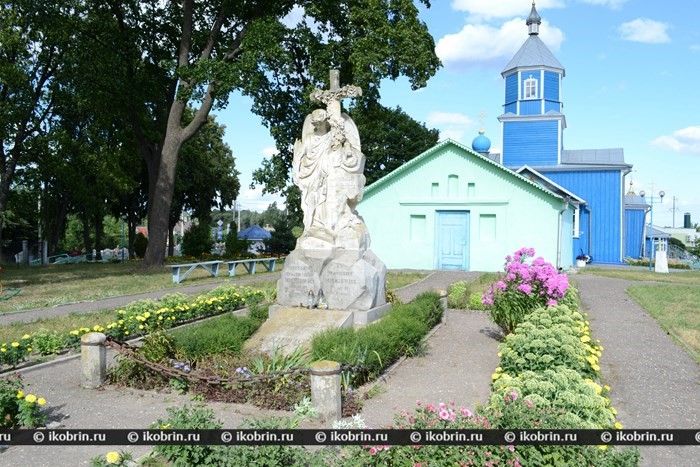 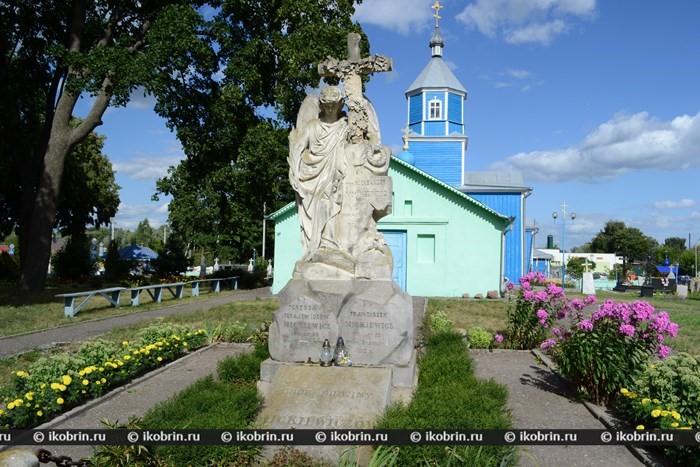