Harevich Yury Vadimovich was born on May 6, 1966 in the city Kobrin. From 1973 to 1983 studied at school No. 5 (nowadays "Mr. Kobrin's gymnasium"). After the termination of high school in 1983 came to the Perm military aerotechnical college of a name of Lenin Komsomol.

Upon termination of school the lieutenant was entitled and the USSR, to the Amur region was directed to serve to the Far East. During service it was trained in Blagoveschensky pedagogical university of M. I. Kalinin, and then in Komsomolsk-on-Amur. In 1998 it was transferred to the reserve and returned in native Kobrin where lives to this day. He is twice married. In the Far East the adult daughter, and in Kobrin the son. 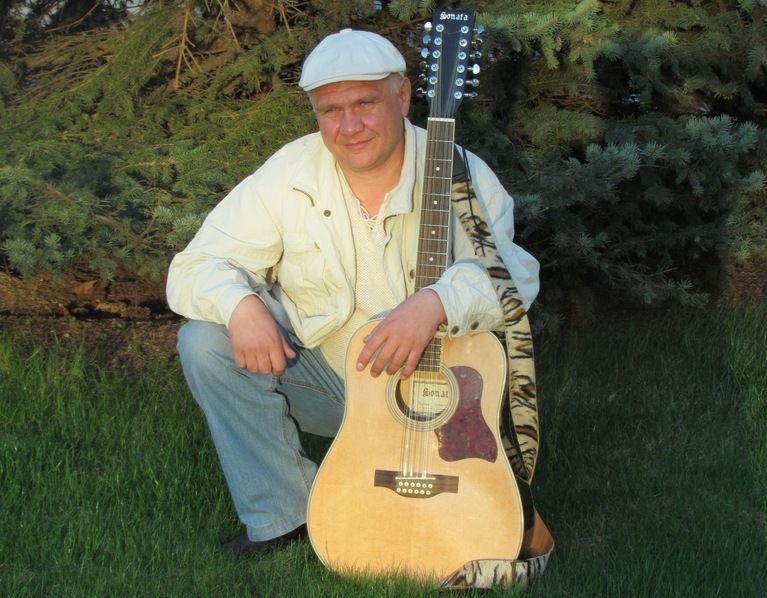 Began to write verses in school days when the first time fell in love. It were generally verses on love. From those far school years the muse did not abandon Yury any more: he wrote constantly and writes still. Is a member of the literary association "White Stork". Its verses were included into the first collection of poets of Kobrin district "Inspiration".

At school tried to write songs, but at first threw this idea as by youth decided that it turns out badly. Over time tried again, and the first songs were born: "Kobrin – my city" and "my Belarus". The main subject which most of all concerns Yury, – love.

Now in its creative asset about 40 songs from which about 20 passed arrangement. Yury often participates in various musical events held in Kobrin district and beyond its limits.
Now works as the builder in SOOO "Software Polesia".