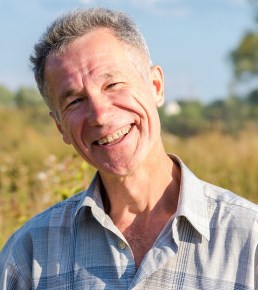 Mastered specialties from the loader, the pourer of hot metal to the teacher, the correspondent of the independent and state press. Long time worked as the manager of literary part of the Brest puppet theater. Photographer, playwright, poet, prose writer. The first theatrical performance the farce absurdity "Galawa" - was issued on a scene of Theatre of national dramatic art "A free scene" (1992) where in 1995 the melodrama was also put "Cry, a saxophone!". The play "Zbav_tsel" in 1998 at a festival of creative youth of drama theaters and dolls in Grodno is recognized as the best handiwork. The play based on the Belarusian national fairy tales "Zalataya Snuffbox" received the Grand Prix at the International theater festival" White vezha" - 2001. The author of a number of plays fairy tales for puppet theater.

The member and one of creators of the literary association "Tavarystva Volnykh L_taratara ¸", since 2013 - the member of the Union of the Belarusian writers. From the middle of 2002 on the end of 2006 was engaged in business activity. Recently, since 2012, actively is engaged in the photo, giving preference to a children's and family photo. Now lives with a family in the hometown of Kobrin.

Here what is told by Igor Sidoruk: "My interest in a photo arose, one may say, incidentally. At the time of return to work in "Kobrynsk_ vesn_k" there was free the press photographer's rate. It was necessary to agree. And here so, on the course of working photographings, it was involved in process, began to be interested vividly in everything that is connected with the photo. Over time began to understand and feel what subjects are the closest to me in what I reveal most fully as the personality and as the author. Very much it is pleasant to photograph children, their emotions, feeling, to create beautiful family stories together with my dear clients. Also with great pleasure I work in kindergartens and schools.