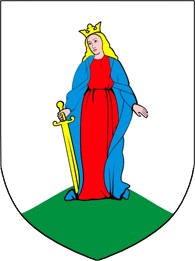 The first annalistic mention of Kobrin is connected with the princess Olga Romanovna. The course of life of the spouse of the vladimiro-Volynsk prince Vladimir Vasilkovich long remained in the shadow. Meanwhile Olga Romanovna was an educated, uncommon woman, not only the worthy wife, but also the ally of the crowned spouse. On the fatherly line she is a granddaughter of the prince Michael of Chernigov who in 1246 accepted martyrdom, having refused to bow to pagan idols in a rate of Batyya, and was canonized.

Olga was born allegedly in the late forties the 13th century. In a family of the parents — the prince Roman and the princess Agafya – it was the youngest among three sisters and two brothers. In July, 1263 the princess married for Volynsk then still a knyazhich of Vladimir Vasilkovich who had her the cousin uncle on the maternal line.

It was the dynastic marriage which strengthened the union of the Bryansk and Chernihiv and Volynsk principalities. The first appearance of Olga Romanovna in the chronicle also is connected with the description of a marriage ceremony in Bryansk. The matter is that exactly during a wedding feast in which thousands of guests participated Bryansk was attacked by army of the prince Mindovga. Olga's father prince Roman Mikhaylovich directly because of a table got up at the head of a team and went towards to the enemy. Which as narrates the chronicle, was soon broken. However and the prince was seriously injured.

All further life of the princess in a marriage is connected with Volhynia which governor soon will be her spouse. Together with the prince it endured the hardships of military campaigns. But especially proved in diplomatic negotiations with envoys of neighboring states, including Poland and Lithuania.

The prince Vladimir had a serious illness in recent years. And at this time management of the principality actually laid down on shoulders of the young princess. According to the legend, in Kamentse-Rusky (nowadays the city of Kamenets) Vladimir Vasilkovich long lay in the illness in prince chambers of which only the hill to the North from a gymnasium reminds presently.

From Kaments the prince goes to Paradise on Volhynia where hands two donative diplomas. One – about talent of the earth and the cities after death to the cousin prince Mstislav Lutsky; the second – the princess Olga about talent to it the city Kobrynya with people and a tribute, and also the villages of Gorodel, Garden, Somino.

The legend is connected with concrete historic facts. In 1287 galitsky and Volynsk princes organized a campaign to Poland. Vladimir Vasilkovich, seriously ill, sent instead of himself the voivode, and itself remained in Kamentsa. Very much suffering from the illness (at it the lower jaw decayed), he told Mstislav Danilovich Lutsky that he appoints him the successor.

After a campaign Mstislav was called for signing of documents. Separately the prince wrote the diploma in which Olga Romanovna was bequeathed by the city of Kobrin and the village of Gorodel (Gorodets). The last days and Vladimir's death in Lyubomle are extremely in detail described on December 10, 1288. Let's remind, all elite of the principality remained in Vladimir-Volynsk, with the prince there were only domestic servants and the princess Olga Romanovna. Also experiences of the princess which "could not calm down" are in detail described until hierarches gave the order to open a princely coffin therefore it became clear that Vladimir Vasilkovich's body remained imperishable. On the basis of these facts researchers assume that Olga was the author of "The story about Vladimir Vasilkovich".

With a considerable share of probability it is possible to assume that the princess moved to Kobrin about 1290. Most likely, then in the city the first wooden lock was put. There was a market. Trade and workmanship began to develop.

Kobrin got all outlines of the usual medieval city of the Western Russia. Memory of Olga and her grave on Knyazhey Gore, at the village of Lyakhchitsa, remained many centuries locals. As tell lyakhchuk, to the princess quite often requested the help, for example rescue from wolves.

The female name Olga is still very widespread in Lyakhchitsakh. A few years ago in Kobrin, at Lenin Square, established sculptural composition "the princess Olga and the prince Vladimir-Ioann Vasilkovich".

The Kobrin local historian, the historian Yury Borisyuk researches life of this extraordinary woman long ago. He is convinced that the tomb of the princess Olga Romanovna is in Lyakhchitsakh, on that Knyazhey Gore where on July 22 last year the consecrated cross was established, and is planned to establish a memorial plate with information on the national legend in the next summer.

The legend says: "Long ago it was. The princess Olga passed here … Once killed the husband it, Vladimir, and Olga went to be at war with enemies … Olga cunning won against enemies, having reforged at horses of a horseshoe on hoofs on the contrary.

But for Dyvin there was a post, and from there soldiers caught up with it. At that time our mountain was above bogs, the wood on it was not. There the princess also stopped. At that time enemy troops came from the South, from Novoselok. On the mountain also found death Olga … There she was also buried. The grave was almost under top. Since then this place is also called the mountain Knyazhaya, or the Princess. Long since on a grave there was a simple wooden cross, but, probably, at Bolsheviks it was removed …".

Some historians consider that the event described in the legend could take place at the very end of the XIII century. Apparently, Olga's conflict with the prince Mstislav developed into open opposition. Formally Kobrin remained under jurisdiction of the Vladimiro-Volynsky prince.

But according to Vasilkovich's will, after his death carried over the spouse. Double interpretation of the law could be solved only one way in those days — on the battlefield. Residents Kobrin considered Olga by the princess though officially its possession had no status of the principality. Therefore Olga Romanovna had no regular army. Under its banners there were rebels who lost unequal fight to combatants of the Volynsk prince. It is possible to assume that in this fight also the princess fell. Here she was buried.

Such version, of course, has the right for existence. Anyway, Knyazhaya Gore exerted a great influence on development of the village of Lyakhchitsa and next the district. The chronicle about the events connected with the natural boundary, and on July 24 was stored in Church of the Intercession of the village Habovichi which arrival enter Lyakhchitsa long time (on Olga) the patronal feast day is celebrated.